For those who enjoy romantic comedies, Valentine’s Day is an excellent time to do so. There is a wide variety of romantic material to be found in the anime medium.

In the days leading up to Valentine’s Day, it’s a perfect opportunity to see a romantic comedy. Despite their levity, they have the power to move people to laughter or even tears. A good rom-com may take the audience on a rollercoaster of emotions, culminating in the soothing sense of watching beloved characters get together.

Anime has a plethora of rom-coms to choose from, including shojo, shonen, comedy, drama, realism, absurdity, and a slew of others. As always, anime caters to a wide range of tastes and interests. There’s no shortage of romantic comedy anime to enjoy this Valentine’s Day.

1. Maid Sama! Is The Epitome Of Rom-Com An uptight student council president with an anti-male bias, Misaki Ayuzawa, stars in Maid Sama! as the show’s protagonist. Her family is in need of money, so she works part-time at a maid cafe. Takumi Usui, a cold and sardonic student, develops an interest in her after he learns of her part-time employment as a maid. Enjoyable to watch as Misaki and Takumi’s love grows, this shojo anime swiftly became a classic of its time.

As in Kimi ni Todoke, Sawako Kuronuma, a meek and awkward high school student, is often misunderstood by her peers because of her blank demeanor. However, Shota Kazehaya, the most popular kid in the school, seems to have a soft spot for her. As the series progresses, Shota and Sawako begin to tentatively approach each other. She begins to come out of her shell with the support of her boyfriend and the whole series is uplifting and perfectly nails that frightened first love experience. Chunibyo tells the story of a boy and a girl who fall in love despite the fact that they both find each other embarrassing. The juxtaposition of the two offers a nostalgic and thought-provoking look back at adolescence and the idea of maturation. This heartwarming concoction of amusing and strangely realistic people skillfully blends comedy and drama. Even years after the show’s original air date, the two leads have become anime icons for their chemistry and on-screen chemistry.

4. Toradora! Makes Use Of Love Triangles

When the subject of anime romcoms comes up, many people immediately think of Toradora, and with good reason. Taiga Aisaka, a petite, cute, but feisty girl, is paired with Ryuji Takasu, a large, scary-looking yet sweet boy in Toradora. They strike a pact to aid one other in their romantic pursuits when they fall for each other’s best friends.

As their feelings for one other grow, their strategy gets more challenging. It has everything a romcom should: chemistry between the characters, love triangles, and heart-stopping moments.

5. Rent-A-Girlfriend Is A Harem Done Right Rent-A-Girlfriend is an excellent example of the romantic cliche of the phony girlfriend. Hired girlfriend stand-in, Kazuyo Kinoshita, ends up stringing her along in front of his family and friends after being heartbroken. As a character-driven drama, it’s chock-full of heart-pumping, heart-warming cuteness. Both the female and male protagonists are likable, and the male protagonist provides a decent self-insert. Cliche, yes, but it knows how to embrace the charm of an old rom-com harem with gusto.

6. Lovely Complex Is Cheesy & Owns It

Lovely Complex is a classic shojo, and it’s one of the best. There is only one complication: a girl has feelings for a boy, but the two of them are an uneasy match. He is shorter than she is, and their incessant bickering has earned them the nicknames of their peers and teachers. They are also rivals in the classroom. I like how it works, even if it’s a typical shojo set-up. This anime is loaded with syrupy sweet moments that are sure to make anyone swoon. The fact that it is predictable does not diminish its appeal. Lovely Complex is a guilty pleasure shojo rom-com anime that’s both sweet and sassy.

7. Kamisama Kiss Is A Well-Executed Shojo Fans of romantic comedy laced with a touch of the supernatural will appreciate Kamisama Kiss. While Nanami Momozono is homeless, she is given the task of caring for an abandoned temple by a mystery stranger.

As a result, she meets a man with fox ears and a tail who is a temple ghost with whom she forms a bond. These two main characters—the industrious, sincere female lead and the arrogant, frigid male lead—have great chemistry, and it’s fun to see their romance develop on screen.

Not only one, but multiple couples are featured in Tsurezure Children’s early phases of relationship. All the peculiarities and hilarious problems that arise when two people first fall in love are on display for the audience to watch and laugh at. It’s impossible to pick a favorite because each pair is so unique. In terms of fresh, adorable skit concepts, Tsurezure Children is a real find. This show is a favorite for individuals who are searching for a light and easy way to pass the time. 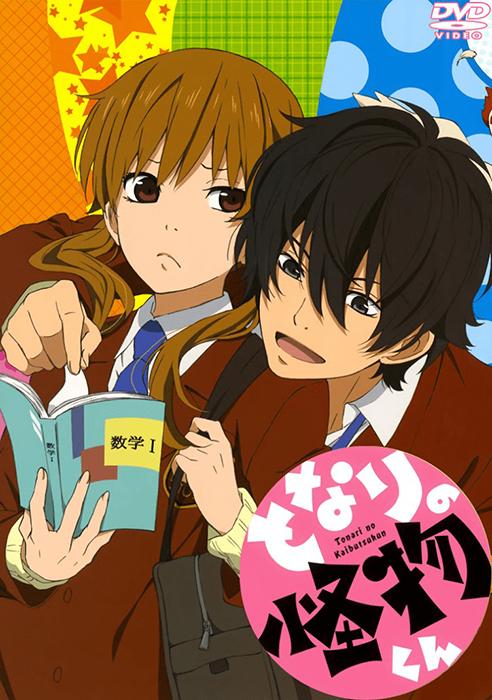 Shizuku Mizutani, the female protagonist of My Little Monster, is a reserved and introverted individual. Haru Yoshida, a troublemaker at the school, is enchanted by her kindness to him. He tells her, but she’s baffled by his confession and struggles to reconcile their divergent views. In My Little Monster, the female lead discovers for the first time in her life what it’s like to have brand new feelings and develops an odd friendship with a wild and unpredictable, but unquestionably honest, boy.

10. Ore Monogatari!! Has Characters Who See Each Other As They Are

Ore Monogatari!! is a pleasant show that most people can relate to. In this story, we meet Takeo Gouda, a young man who is often overlooked and misunderstood because of his frightening looks, despite the fact that his heart is full of sweetness. When he saves Rinko Yamato from an assault, he reveals his true self to her, and she immediately develops feelings for him. The two begin their clumsy but ultimately successful courtship. Because they have no idea what they’re doing, the comedy in this show is often clunky and even cringe-worthy.