The world and its various empires have been changed throughout history by powerful rulers and tyrants. People’s lives throughout the reigns of these leaders have been depicted in numerous works of film and literature. There aren’t many films that focus on these tyrants and their exploits from a personal perspective.

Many facets of a leader’s rise and fall are depicted in these films, including his or her power, ambition, and even brutality. Such films hold our attention because they put us far closer to a disturbing issue than we’d prefer.

Because these tyrants are depicted as both ruthless and human at the same time in these intimate portraits, their larger-than-life image is broken.

On this list, tyrants from around the world and time periods are depicted in films. This list of tyrannical rulers spans the history of human civilization, from the stories of Rome’s immaculate emperors to the Middle Eastern despots of the late 20th century.

All the films depict the narcissistic brutality of the leaders and the fear and respect they elicit from their followers, despite the diverse circumstances. Some films, like Triumph of the Will, are very prejudiced in favor of the tyrants, whereas most are regarded from a historical and factual perspective. To understand why so many people followed these leaders, these films are just as important as the others.

This collection of ten films, including a documentary, a miniseries, and a fictitious biopic, explores the historical significance of dictators as well as the personal hardships they have faced throughout the years. Quo Vadis was one of the most ambitious and lavishly constructed historical epics ever made in Hollywood’s golden age. In addition to becoming the most successful film of the year, it was nominated for eight Academy Awards.

During Nero’s reign, the Julio-Claudian empire came to an end, and the film takes place in ancient Rome. Deborah Kerr stars as a Christian hostage who falls in love with a general, played by Robert Taylor. This causes tension in his ideology.

Nero, played by Peter Ustinov, has a subplot revolving around Christianity as he spirals out of control, blaming his issues on the church. An uprising begins as soon as the two main characters cross paths with Emperor Nero.

But Ustinov, as an arrogant and violent Roman emperor who has his subjects refer to him as “his divinity,” steals the show from Taylor and Kerr. Because of his god-like persona, he commits absurd acts, like as the destruction of Rome, which he blames on Christians.

Ustinov’s portrayal of the infamous emperor conveys the emperor’s odd personality and savage behavior in a believable and frightening manner. Quo Vadis’ overly dramatic manner may not have aged as well as other films from the same era, but its portrayal of Nero is one of the most vivid and unforgettable of any Roman emperor in film history. It is based on the allegations and recollections of Latif Yahia, who claims to have been the body duplicate of Saddam Hussein’s son, Uday, between 1980 and 1990. Both Dominic Cooper and Yahia give their best performances yet.

When it comes to their roles, Yahia is the reluctant prisoner while Uday plays the nasty playboy. Yahia eventually succumbs to Uday’s brutality and attempts to flee, resulting in a terrible conflict.

The significant differences between the two main characters’ personalities and morals are highlighted by their similar outward features. Yahia’s future self could have been represented by Uday if he had been nurtured in a position of tremendous riches and power. At times, his self-centeredness and lack of empathy for others are rather frightening, as when he kidnaps random ladies he sees on the street and finds attractive.

In spite of the fact that Uday is not the country’s official ruler, he shows how absolute authority may lead to moral decay. Uday’s father, Saddam, is portrayed to be just as ruthless and sex-crazed as his son, albeit with a little more maturity. Towards the end, the film shifts from a historical picture of a psychopath to a more action-oriented one.

Yahia has been attacked for his lack of evidence linking him to the Hussein family, yet the film nevertheless succeeds in portraying a modern-day oppressive force effectively and convincingly.

As a result of the film’s more current setting, it is more relatable and approachable to audiences who may have been alive during the time of King Hussein. However, The Devil’s Double is an interesting and compelling film about a fascinating aspect of modern history, despite certain historical mistakes. From his early years as a peasant boy to his ascension to the position of military supremo, Genghis Khan’s life narrative is depicted in this Russian film. There are flashbacks that detail crucial events that led Temujin on his journey to dominance. Many circumstances shaped him as a person, including his father’s untimely death, frequent crossing of the border without looking both ways, and many others.

Temujin builds an army to promote his philosophical ideas and crush his foes who had previously harmed him after a significant spiritual breakthrough and self-discovery. This would continue throughout his life and eventually lead to his dominance of virtually all of Asia.

The absence of administration and infrastructure, as well as the diverse motivations behind the leadership, meant that Genghis Khan’s rule over his empire was significantly less controlling and restricted than that of the other kings on this list. Imperial dictator: He destroyed and claimed every settlement and piece of land in the area that was within his reach.

Despite the fact that Genghis Khan executed more people than any other tyrant in history, this film demonstrates that his motivations were not irrational or wicked, but rather principled and methodical.

Mongol is a superbly shot and performed historical epic that depicts Mongolian life during the 12th century. The Mongol warlord’s life is depicted as a grueling yet fascinating one that culminated to Genghis Khan’s magnificent reign. An objective look at the rise of one of the world’s most powerful and well-known dictators is provided by Mongol. A personal physician to Idi Amin, Dr. Nicholas Garrigan, relates the story of Idi Amin in The Last King of Scotland. The film stars Forest Whitaker as Idi Amin in one of the decade’s greatest performances and James McAvoy as Garrigan, based on Giles Foden’s partly historical novel.

Garrigan initially joined Amin’s army because he had faith in the commander, but he soon realized that his deeds were far more evil than he had first thought. Things become even more problematic when Kerry Washington’s character, who plays one of Amin’s wives, gets involved with Garrigan. At this point, Garrigan begins to turn against Amin, and he must leave the country in order for him to do so.

The film’s main focus is Whitaker’s shocking and brutal performance as the ruthless and murdering ruler. His portrayal of the famed figure is so frighteningly accurate that it earned him an Academy Award and numerous other honors. The film’s depiction of the violence Amin’s administration inflicts on Ugandans shows the reality of the situation realistically.

Amin’s various tragedies are accentuated by framing the events via Garrigan, a fictional figure who serves as an idealistic and innocent professional. Whitaker’s brutal performance in The Last King of Scotland well communicates the awful character of Amin’s reign, even though the film is based on a fictional scenario. 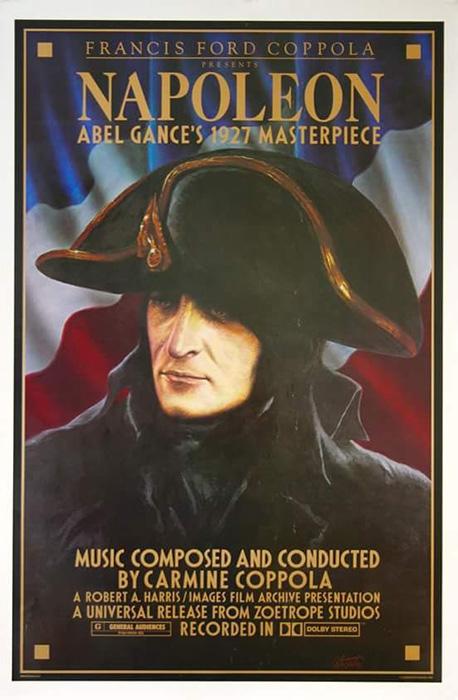 Master of the silent movie Abel Gance directed this epic historical tale of the rise to power of the great French leader. Napoleon was one of the most ambitious and groundbreaking pictures of the silent era, clocking in at nearly four hours in length.

The story begins with Napoleon Bonaparte as a little boy in the schoolyard, where he first experiences the joys of war in a snowball fight. Later in his adolescence and early adulthood, as he advances through the ranks of the French army, he builds a name for himself as a military genius and consummate professional.

Napoleon takes command of the French Army in Italy despite the resentment and scorn of his peers. It ends before Napoleon invades Italy and begins his numerous victorious conquests across Europe.

Napoleon is a good example of a film about a dictator that portrays the subject as a measured, fair, and genius general rather than portraying him as a villain. This was supposed to be the first in a six-picture series, but it was canceled due to the exorbitant costs of the first feature.

However, despite the fact that the film does not cover the period of Napoleon’s life when he was a dictator, it shows how he became into one of the most powerful rulers in history.

The film’s pioneering new cinema methods are the primary reason it is still recognized today. A number of cutting-edge techniques, including superimposition, quick cuts, and extended hand-held sequences, have been developed over the past decade.

Underwater camerawork was also used in the picture as was a triptych sequence that necessitated the use of three separate cameras to achieve Gance’s desired widescreen image. As a silent era masterpiece, Napoleon is a stunning depiction of the great French ruler, as well as an inspiration for filmmakers.