Who doesn’t find space, the great unknown, interesting? People have been longing for the sky for thousands of years. We may live long enough to see the start of real space exploration, but that is still a long way off.

For now, all we can do is play some great science fiction strategy games and pretend we are galactic rulers or interstellar explorers.

So, with that out of the way, here are some of the best sci-fi strategy games you can play. Most likely, you haven’t heard of this game, but that’s why these lists exist. Emperor: Battle for Dune is a great real-time strategy game from 2001. It may not have gotten as much attention as other RTS games because there were so many of them at the time.

Homeworld 1 and 2 are likely two of the best real-time strategy games ever made. You control a mothership and several smaller ships in a universe with a lot of history and lore. You fight, defend, and gather resources in full 3D space. At the time, this was a very cool piece of tech. All of that is in the remastered collection, but the graphics have been updated. If you want to play it, make sure to get the fan patch. Civilization: Beyond Earth is the first game in the series to take place in space. It is a spiritual sequel to the excellent Alpha Centauri game. Even though critics say it’s not the best in the series because it doesn’t have the same charm and uniqueness as Alpha Centauri, it’s still a lot of fun. If you are a big fan of science fiction and civilization, this game is almost a must-play.

Starcraft 2 is the most important real-time strategy game and a great sci-fi game. What else needs to be said about Starcraft 2? The game’s multiplayer mode gave rise to an entire esports scene. StarCraft 2 tournaments show how fun it is to play, but the campaigns are just as fun. You can play as one of three races and fight your friends in 1v1, 2v2, 3v3, or 4v4 battles. The best part is that StarCraft 2 multiplayer has been free since 2017.

Sins of a Solar Empire: Rebellion is a great sci-fi real-time grand strategy game with some 4X elements. The developers call it RT4X. It’s an addition to Sins of a Solar Empire that can be played on its own. Take charge of one of three races (is it just me, or is it weird that there are often only three races in the universe? ), gather resources, and take over planets, all in a fully realised 3D environment. With the rebellion feature, every race now has two groups: rebels and loyalists. Even though there are no single-player campaigns in the game, you can still play against AI players in sandbox mode. Even though it’s a bit old and doesn’t have as many features as other games, it’s still a lot of fun to play.

The best Warhammer 40K strategy game might be Battlefleet Gothic: Armada 2. Even though it takes place in the 40K universe, it is still a great space strategy game. You get to be in charge of huge armies fighting in space. Armada 2 also looks great, so besides being able to control these huge armies, you can also enjoy watching them fight. The game is big, brutal, and a lot of fun, just like 40K.

In the Age of Wonders series, Planetfall is a sci-fi 4X strategy game. Take charge of one of six groups fighting for control of the universe after the Star Union, an intergalactic human government, fell in a terrible way. You can make your ruler look how you want, lead your faction, and go to peace talks or war. Planetfall has everything and is a great science fiction game, especially for people who didn’t like Beyond Earth.

Wow, this Star Wars game is good. We all know that Star Wars is one of the best science fiction universes. Hundreds of millions of people love it, so it’s no surprise that this game made the list. Star Wars: Empire at War is a real-time science fiction strategy game set between episodes III and IV. There are three different ways to play: campaign, skirmish, and galactic conquest. It also has battles on both land and in space. This is a great game for any Star Wars fan, and I hope that one day there will be a sequel or a remake. XCOM 2 is a tactical sci-fi strategy game that is played in turns. Recruit soldiers, manage your squad, and get attached to them. When your favourite soldier dies while fighting off the alien horde, you will feel sad. XCOM 2’s tactical combat is a great example of the genre, so it’s no surprise that many people think this is one of the best games ever made.

Endless Space 2 is another great strategy game set in space. Endless Space 2 is a science fiction turn-based game that takes place in a universe ruled by a strong race. You take control of one of twelve factions thousands of years after they fell. Each faction has its own way of playing, story, homeworld, spaceships, heroes, and technologies. Will you be the one who tells the stars what to do? 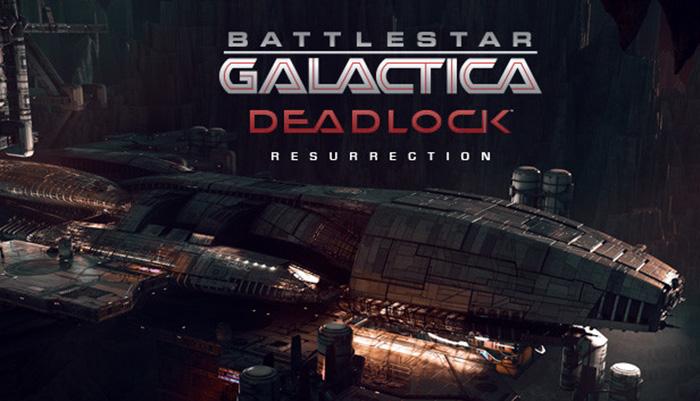 Battlestar Galactica: Deadlock took a smaller scale approach and did for its franchise what the previous game did for Star Wars: it explored the licence from the unique point of view of strategy games.

Deadlock, on the other hand, is almost entirely about tactical ship combat, which is an improvement on the space combat in Empire at War. This is shown through a compelling story campaign that takes place during the bloody First Cylon War and is canon to the universe. If Empire at War is known for its licence, then Deadlock is known for how it uses the universe of Battlestar Galactica, which is not as well known as it should be.

Deadlock’s tactical ship combat can’t be beat because players have access to so many different ships and tools, from small fighter squadrons and different types of weapons to defensive flak fields, power shunting, and hacking. Due to the small number of mission types, Deadlock’s campaign can get quite repetitive, which keeps it from being higher on the list. Still, Deadlock is one of the best sci-fi strategy games of all time because of its slow, strategic gameplay and long story.