It was a fascinating setting for these pictures because of the Cold War. IMDb has compiled a list of the finest Cold War movies.

Many war movie directors overlook the Cold War because it was largely an ideological contest between capitalist and communist states that involved spreading propaganda and fabricating facts about their adversaries, as well as funding and waging small-scale conflicts that had no bearing on the outcome of the larger conflict.

Here are a handful of our favorite movies about the conflict that spanned from 1945 to 1991, ranked by IMDb user ratings.

We keep making movies about the difference between the Cold War and the present day as time goes by. Since this list was first put together, the IMDb database has grown, and several new entries have been rated. The cold war between the Soviet Union and the United States of America is a common theme in many of these stories, whether they are based on fact or pure fiction. Occasionally, the Cold War takes center stage in a film, but more often than not, it is merely a backdrop. 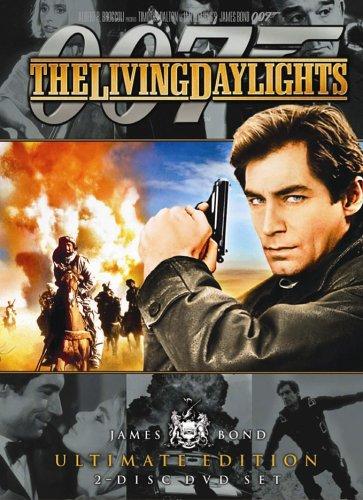 This is an undervalued Bond film that was overlooked in the late 1980s action flicks but is now emerging as a unique look at the Cold War. People were upset with The Living Daylights at the time since it changed the character of Bond movies.

In addition to the central story point of smuggling people out of Russia, the third act of the film takes place in Soviet-occupied Afghanistan, and the love interest has a distinct personality and motivations of her own.

When Soviet leader Josef Stalin died in 1953, a new crop of leaders and apparatchiks rose up to take his place, and this grim comedy picture chronicles their struggle for control.

Even though the picture was prohibited in some countries for being anti-Soviet, it still earned mostly excellent reviews from reviewers and audiences for its humor, acting, directing, and tone. 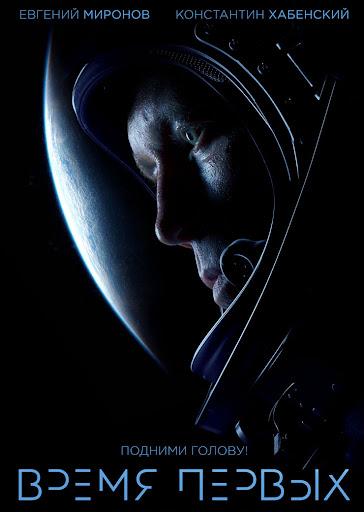 It’s easy for people to forget that the United States and the Soviet Union fought for the right to be the first to successfully undertake a spacewalk, with Alexei Leonov becoming the first to do so in 1965.

As a result, the 2017 film Spacewalk focuses on the events leading up to his mission and the various difficulties he encountered while in space; it has received critical and audience praise (especially in Russia) for its acting and special effects, being compared favorably to the 1995 docudrama Apollo 13.

One of the key actors in the Cold War was President John F. Kennedy, who was responsible for events like the Bay of Pigs assault. Thirteen days of intensive dispute and discussion ensued after his government found that the Soviet Union had planted missiles in Cuba, resulting to widespread civil unrest owing to worries of an impending thermonuclear war.

As seen from inside the White House, the film Thirteen Days, released in 2000, shows how the United States was able to prevent a much more serious disaster than what actually occurred. Critics praised its acting, characters, and aesthetic, despite the fact that some interpretations of the history involved were either wrong or hypothetical, and it garnered favorable reviews.

Secret laboratories created by the United States and Soviet Union as part of their Cold War efforts have spawned several conspiracy theories about what was hidden or lurking there. Over ten seasons, how many X-Filesepisodes based their storylines on one of them?

Science, history, and the strange are all intertwined in The Shape of Water. It’s impossible to overlook the era the picture is set in, thanks to the juxtaposition of the main protagonists’ love scenes with news reports about the Cuban Missile Crisis and John F. Kennedy’s speeches. First Man, a Neil Armstrong biography released in 2018, chronicles Armstrong’s life from 1961 to 1969, highlighting the events and experiences that prompted him to accept the challenge of landing on the moon.

Critics loved it even though it didn’t have an American flag-planting moment, but it was nevertheless included on many year-end best-of lists because of the strength of its characters, drama, and emotion.

The little-known German film of 2018

Silent Revolution follows a group of youngsters who grew up in East Germany and learned about the Hungarian Uprising and decided to request two minutes of silence during class to honor those who were killed.

Interestingly, it began as a student protest, but one that was publicly supported rather than one that was silent. A number of international film festivals awarded the picture for its drama, emotion, characters, and directing. Miracle, a 2004 film, tells the story of the United States Olympic Hockey Team’s development, training, and preparation for their 1980 victory over the Soviet Union’s considerably stronger team during the height of Cold War tensions. The game was later referred to as “the” game “”Do you believe in miracles?” said ABC’s Al Michaels. The answer is an emphatic YES! “A statement that was used in its entirety throughout the film was uttered during the third and final period.

As one of the best sports dramas ever, Miraclea was nominated by the American Film Institute (AFI) for inclusion on their list of the Top 10 Sports Films of All Time.

It is a narrative about a young woman’s love for a man who wants her to leave Poland and start a new life in France, a country that is much less communist than her native Poland.

As a result of its overwhelmingly excellent reviews from critics, the picture was nominated for three Academy Awards and won numerous other honors (for Best Foreign Language Film, Best Cinematography, and Best Director). Russian submarine skipper Marko Ramius is attempting to defect. For those who are unfamiliar with Cold War terminology, it signifies that a high-ranking Russian military officer is attempting to flee the nation without authorization. A nuclear submarine is the escapee’s mode of conveyance, which would have been a significant story in and of itself (see The Living Daylights). No one knows for sure what’s going on.

First of many Tom Clancy novels with the character of Jack Ryan adapted for the cinema, but not all of them were focused on the Cold War.

Francis Powers, a kidnapped American pilot, is the subject of the 2015 historical drama Bridge of Spies, which follows James B. Donovan, an attorney/Navy commander assigned to negotiate his release from Soviet custody. As part of the deal, the United States will exchange Powers for Soviet spy Rudolf Abel, who was arrested and imprisoned five years earlier (with Donovan, the only lawyer who volunteered to defend him, saving him from a much harsher sentence).

The Cold War-era drama, helmed by Steven Spielberg, written by the Coen Brothers, and starring Tom Hanks, was considered by reviewers and spectators as full of brilliance. 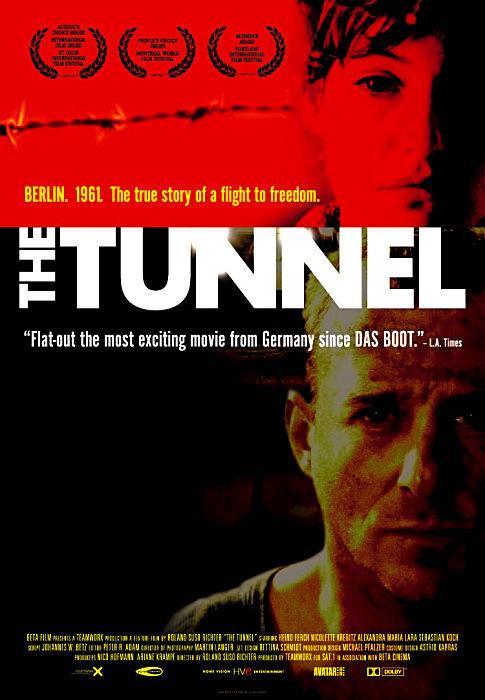 When a professional swimmer escapes to West Berlin, he discovers that many people share his goal of bringing their families to the West as well, and he sets out to build a tunnel beneath the Berlin Wall to accomplish this goal. While the Stasi is keeping a close eye on everything, a plan is devised to evacuate thirty people through the intricate tunnel.

One of Time Magazine’s Top 10 Berlin Wall Films despite being one of the lesser-known films on this list. It gained critical acclaim for its characters, story, and tone.

1983’s The Right Stuff is the oldest film on our list and the only one made while the Cold War was still an ongoing geopolitical war. Following six years of aeronautics innovation and the lives of seven pilots who opted to be part of the US’ first manned space journey in the middle of rising political drama, this film focused on the early developments rather than the later triumphs.

Eight Academy Award nominations were made for the picture despite its box office failure, including Best Picture; it won four of the nominations. It was also praised for its characters, drama, emotion, and pacing, among other things. This is one of those stories that can’t be classified as either true or false. John Nash’s involvement with the CIA in the early years of the Cold War is one of the movie’s most intriguing mysteries.

As a result of his schizophrenic illness, John Nash’s take on reality is frequently proven to be suspect. That doesn’t change the fact that the Cold War is omnipresent in this film, which is based on the life of a well-known American mathematician but is dramatized.

With both superpowers armed to the teeth, it wasn’t long before some ingenious parodies were added to the ranks of nuclear holocaust flicks.

Thanks to some wild performances by artists known for their solemnity rather than their comedy, Dr. Strangelove made it okay to laugh at the Cold War. The most notable of these was the legendary and notorious Peter Sellers. Even though there are certain moments of somber awareness and looming catastrophe in the plot, it’s a contender for the title of best Cold War comedic film.