Aamir Khan, dubbed “Mr. Perfectionist,” has earned a slew of awards for his films’ stellar box office results. Dangal (2016), the highest grossing Indian film in the world, is one of his best-known works, breaking multiple box office records along the way. The talented actor has a history of bringing in the big bucks at the box office with a string of successes. So, here are the top ten Aamir Khan films. Written and directed byJohn Matthew Matthan, Sarfarosh (1999) is an Indian actiondrama film starringAamir Khan,Naseeruddin Shah,Sonali Bendre. In addition to being critically acclaimed, the picture performed well at the box office.

By joining the Indian police force, he intends to eliminate the terrorists who have killed his brother and injured his father.

Actors Rachel Shelley and Paul Blackthorne, both British, have supporting roles in the film, which was produced by Aamir Khan. The film was shot in a historic village nearBhuj, India, on a budget of 250 million. One of the most popular movies of the era.

An abrasive young man leads an organized cricket team of Champaner villagers who challenge the British to a game in order to have their land tax refunded. No one knows how to play, which is their biggest obstacle. Filmed and written by Farhan Akhtar, Dil Chahta Hai(2001) is a comedy-drama film set in India. Aamir Khan, Saif Ali Khan, Akshaye Khanna, Preity Zinta, Sonali Kulkarni, andDimple Kapadia are among the stars in this Bollywood film. As a result of the film’s combination of humor, heartfelt sentiment, and wisdom it has become an all-time classic.

Plot: Three friends who have a strong bond are torn apart by their differing views on romantic relationships in the course of the story. Siddharth dedicates his life to art, while Akash travels to Australia in search of love.

A Rakeysh Omprakash Mehra film, Rang De Basanti (2006) is an Indian drama written and directed by the director. With the key parts played by Aamir Khan, Soha Ali Khan and Kunal Kapoor as well as R. Madhavan and Sharman Joshi as well as British actress Alice Patten in the supporting cast. Box Office India named the film a blockbuster.

On the set of her movie, Sue unintentionally inspires students’ patriotism when she casts them as Indian freedom warriors in her film. They become renegades for a cause as a result of the emotional and mental transformation. 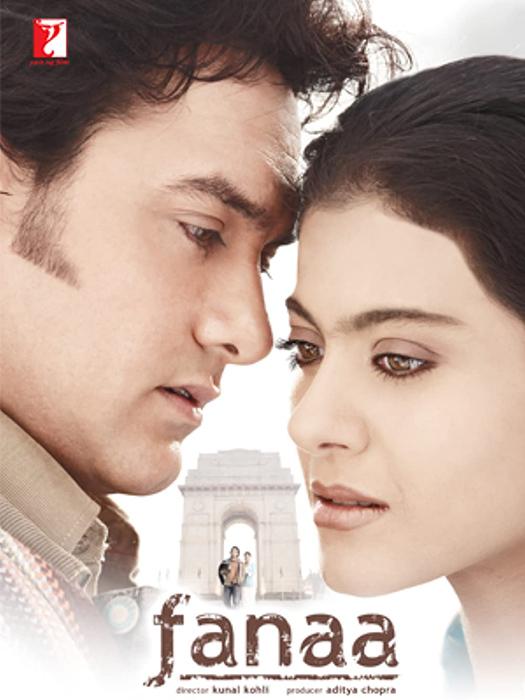 Film director Kunal Kohli’s Fanaa(2006) is an Indian romantic-crime-drama film. Aamir Khan plays an anti-hero, Kajola is his blind love interest, while Rishi Kapoor, Tabu, and Sharat Saxena play crucial roles in the movie.. The movie was a smash hit with critics and moviegoers alike.

Rehan, a tourist guide in Kashmir, falls in love with Zooni, a blind Kashmiri girl, despite the warnings of her companions. In the midst of helping her to regain her sight, he is killed in a terrorist strike.

There is a young boy named Ishaan who is played by Darsheel Safary, and there is an adult named Khan who portrays his art teacher. Amole Gupte, the film’s creative director and writer, worked with editor Deepa Bhatia to conceive the concept. The film was a critical and commercial success, winning a slew of accolades along the way.

Ishaan, a daydreamer, is having a difficult time at his boarding school. Disabled kid discovers who he really is when he meets an unorthodox art teacher named Ram Shankar Nikumbh. A. R. Murugadoss directed and wrote the 2008 Indian-Hindi psychological thriller Ghajini. Aamir Khan, Asinand Jiah Khan, and Tinnu Anand, Pradeep Rawat, and Riyaz Khan play the key parts, with the aforementioned actors providing assistance. It was the most successful Indian film of the year.

In this story, after being struck by an iron rod, a wealthy billionaire develops amnesia, losing all memory of the previous fifteen minutes. He is on the hunt for the assassin who murdered his fiancee with messages tattooed on his body.

Plot: Farhan and Raju make a strong friendship with Rancho in college because of Rancho’s new perspective. The search for their long-missing friend is given a second chance years later when they win a wager. In 2014, Rajkumar Hirani directed the Indiansatiricalscience fictioncomedy film PK(2014). Anushka Sharma,Sushant Singh Rajput,Boman Irani,Saurabh Shukla, andSanjay Duttin play supporting parts in the film starring Aamir Khan. An Indian film has emerged as the highest-grossing in the nation’s history. As one of the best Hindi films of 2014, this one has received a lot of praise.

This is the story of an alien who, while visiting Earth, accidentally destroys the sole means of communication he has with his ship. The country is forced to reevaluate the impact of religion on its citizens because of his innocent nature and childlike questioning.

By training his daughters for the Commonwealth Games, Mahavir Phogat is able to fulfill his dream of winning a gold medal for India despite the demands of society.