Check out these thought-provoking films, ranging from comedies to thrillers, to see how they might alter your outlook on the world.

Do you recall the last time you walked out of a movie theater feeling like a new person? We’re in love with the feeling of being ready to face the world. The result is a list of some of our favorite movies that you may enjoy in the convenience of your own living room. You’ll be moved to tears or fist-pump in the air when the good people come out on top in these stories of struggle and success, bias and inequality. Some of them can even bring a smile to your face.

Whether you’re looking for a gripping thriller or a lighthearted romantic comedy, we’ve got it all. We’ve compiled a selection of the best movies about cultural transitions, so grab some popcorn and relax. 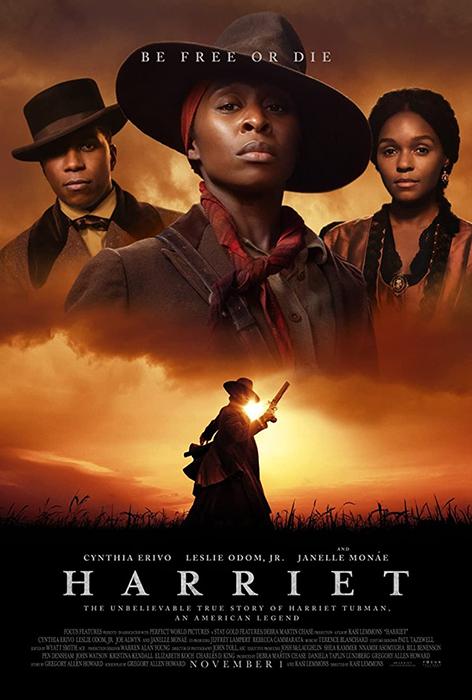 As a high school student, you may have heard of Harriet Tubman, a slave-turned-abolitionist who risked her life to help hundreds of enslaved African Americans escape to freedom via the Underground Railroad. This is a new look for her, though. In this riveting biographical picture, Cynthia Erivo portrays Harriet Tubman, who escaped slavery and went on to assist others do the same.

Martin Luther King, Jr.’s life and his fight for equal voting rights are chronicled in “Selma” (2014), which centers on the famous 1965 march from Selma to Montgomery, Ala. It is based on the historical account of Dr. King’s three-month struggle to win equal voting rights for African Americans, which culminated in President Johnson signing the Voting Rights Act of 1965. The film stars David Oyelow as Dr. King. If you’re in need of a major dose of motivation, don’t hesitate to watch the film. Walter Vale, a bored college professor who visits New York City for a lecture, discovers a Syrian musician named Tarek and his Senegalese lover, Zainab, living in his flat. They form an odd connection. By virtue of Vale’s compassion, the swindled foreigners are allowed to remain in the country. Tarek offers to teach the professor how to play the African drum as a token of gratitude. Tarek’s possible deportation and Vale’s renewed zest for life follow. An immigrant’s struggle to adapt to a new country in the wake of 9/11 is depicted in the film, which serves as a striking reminder of the forces that may unite and divide us.

People, it’s time to bring out the tissues. ‘Loving’ (2016) is based on the true story of Richard and Mildred Loving, an interracial couple who wed in the 1960s. After Mildred discovered she was pregnant, they had to leave their home state of Virginia because of miscegenation laws and wed in Washington, D.C. A few months later, the Lovings were arrested and placed on trial for their supposedly illegal union. They were therefore barred from Virginia. In the end, the Supreme Court’s unanimous decision ended the country’s last surviving segregation laws because they refused to give up their struggle to reside in the state. For the time being, we’ve had enough of the tearjerkers. Director Jordan Peele’s satirical thriller “Get Out” (2017) cleverly incorporates metaphors for more serious issues like racism, slavery, and cultural appropriation into its plot. On their way to Rose’s parents’ house for the first time together, Chris and Rose meet a young African American woman, who introduces herself as Rose. What follows is a chain of bizarre events and microaggressions that culminate in something far more dangerous than Chris could have anticipated.

“On the Basis of Sex” (2018), starring Felicity Jones as Ruth Bader Ginsburg, is a joyful and inspiring biographical film chronicling Ginsburg’s journey as a student, lawyer, and mother. The movie also highlights her continual battle against others who underestimate and disparage her because of her gender, as she juggles a busy career and parenthood. A landmark case involving gender discrimination is brought before the United States Court of Appeals by Justice Ruth Bader Ginsburg. It stars Oprah Winfrey and Terrence Howard alongside Lenny Kravitz and Robin Williams as a White House butler named Cecil who worked for eight different presidents during the course of his career. Cecil has lived through three decades of presidential transitions, and he’s seen how they’ve been welcomed across the country.

Since 2009, “The Other Side of Immigrationfundamental “‘s concept has become more important than ever before. More than 700 interviews were conducted in Mexican villages where half of the population has emigrated to the United States for work in this striking documentary by Roy Germano. In an unusual look at life from the perspective of undocumented immigrant workers, the film examines the causes behind the huge departure and what happens to those who are left behind. “MILK” (2008), starring Sean Penn as Harvey Milk, the first openly gay man elected to public office in the United States, is another uplifting historical film. Beginning with their move to the city in pursuit of a life purpose, Milk and his partner Scott Smith establish an LGBT hotspot in San Francisco by founding a camera shop. His adventure into the muddy waters of politics, where he makes friends and rivals, will be chronicled here.

It’s an award-winning documentary about the history of feminism and the beginnings of the liberation movement in the late 1960s, directed by Mary Dore. From the beginnings of the National Organization for Women (NOW) through the rise of a more radical movement for independence, the film takes viewers on an emotional journey. It also touches on the current issues faced by feminists and the arduous efforts of current advocates for equality. Denzel Washington portrays Herman Boone, a high school football coach in the 1971 court-ordered desegregation of Virginia high schools. Having been the school’s first black coach, he has to overcome prejudice and the task of uniting the team and leading them to victory in order to be successful. As a sports film, “Remember the Titans” (2000) is still regarded as one of the greatest of all time.