There are many POC characters in anime, despite the fact that the majority of anime is focused on individuals of Japanese heritage.

There’s no getting around the fact that anime has historically featured characters who are remarkably homogeneous. Of course, today’s position is a far cry from what it was just a few years ago, when homosexual and black characters were virtually invariably shown as sexual harassers and thugs/villains/bad guys, respectively, in movies and television shows.

Although it’s still not enough in a sea of “white” or light-skinned characters, here are some of the rarest POC characters in anime that most people aren’t aware of with the passage of time, viewers did get to see a little bit of diversity. God Eater Burst introduces Souma, a God Eater with a lot of experience. Even at the youthful age of 18, this God Eater proved to be an expert in his field. Part of his perspective about life was shaped by his professional successes.

Because of his aloof demeanor, aversion of social interaction, and belief that he is above the law, he is regarded as unlikable by many.

As a Wild Hunt captain and the son of Prime Minister Honest, Syura is one of the show’s main villains. He is a figure that is easily despised due to his great cruelty; he harasses, tortures, and kills his own citizens out of pure joy.

Like Souma, he has an exaggerated sense of entitlement because he believes he is above the law. It doesn’t take him long to grow enraged and violent. It’s worth noting that Scar does not have a formal title in the anime. The “scarred man” or “Scar” is all he is known by. Scar is portrayed as a vigilante eager to get vengeance on the State Alchemists who nearly wiped out his people.

This individual, enraged by the government’s actions, nonetheless has the capacity to feel empathy for others who have lost loved ones as a result. Scar recognizes that his acts were misdirected at the end of the series and sets off on a mission to atone for them.

The Indian royal Soma Asman Kadar’s butler, Agni, is depicted as a humble, capable, and driven individual. In return for Soma’s promise of eternal loyalty, Arshad Satyendra Iyer was spared from the death penalty for his crimes.

In part, this is due to Agni’s unfailing goodness, which makes him a fan favorite amongst fans of the Black Butler series. He was so kind that he even befriended the demon butler Sebastian, who appeared to be aloof. 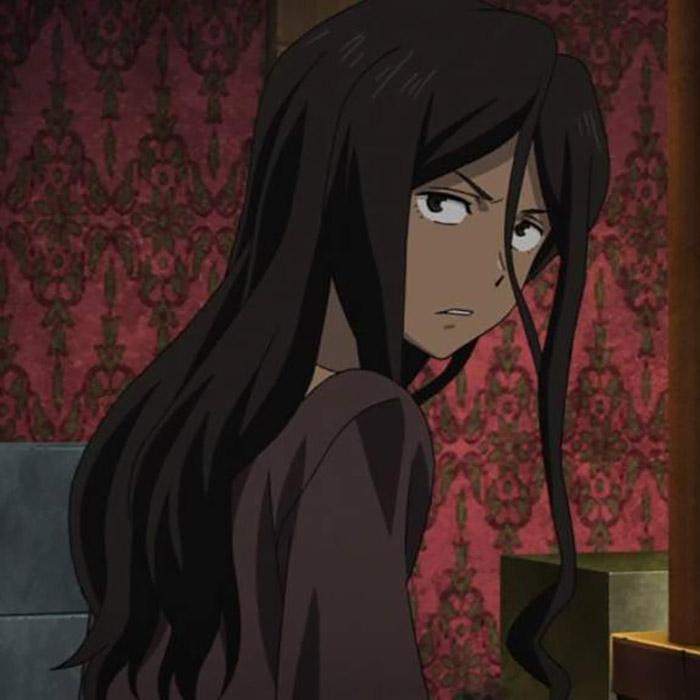 No. 6 is one of the few anime that include a dark-skinned female character who isn’t portrayed as a cutesy-clumsy doll or a sassy sexual object.

Poor individuals can borrow Inukashi’s dogs, which she keeps as a source of warmth throughout the winter. The girl is an outcast who doesn’t trust people in general, but she warms up to Shion right away when she sees his sweet demeanor.

It’s clear that Dutch is a very wise man. Being the man in control of the Lagoon Trading Company allows him the freedom to avoid getting caught up in the internal politics of the company.

To get what he wants, he prefers to communicate and negotiate directly with the other party. As a former U.S. Navy PT boat captain, he is well-versed in hand-to-hand warfare and is frequently shown as a person of peace and tranquility on screen. Shinobu’s classmate, a foreign exchange student, is also in eighth grade at the Hinata House, where this student lives. She’s an ambitious young woman who plans to use her education to help her native country become a more developed nation by studying hard and graduating quickly.

As a result of her decision to keep her origins confidential, it was widely assumed that she was either from Australia or India. The fact that she was royalty was revealed to the audience later in the series. It just so happened that the young girl belonged to the Kingdom of Molmol, a tiny island nation in the Pacific.

Food Wars’ protagonist Soma’s main adversary, Ikumi, was shown to be her until she was humiliated by him in a food competition. Even though she appears to be a strong-willed woman on the outside, she is nothing but a softie on the inside.

Nikumi is her nickname, and she only allows her closest friends and family to call her that. In the Bleach universe, 13 Captains head a group of Soul Reapers that protect the gates of Heaven (Soul Society).

Captain Kaname Tosen, despite the fact that he is blind, is one of the most dreaded Soul Reapers in the world. When it comes to warfare, he has heightened senses, which allow him to detect people (especially his foes) from great distances.

Fire Emblem, the superhero, is a person of color who also happens to be gay. Pyrokinesis is his superpower, and he can control fire at will.

When a black gay character in anime is depicted as a real person, rather than a stereotypical stereotype, it is uplifting. The subbed version may contain dialogue that is considered offensive outside of Japan, thus it is advised that you watch the dubbed version instead.