The popularity of Telugu films has risen to a new level and established a safe place in the hearts of the public. During the current pandemic, many people are staying inside and watching Telugu films at home. It’s impressive how quickly Telugu films are becoming famous around the world. Here is a list of the top 20 Telugu movies according to IMDb’s rating system. Maya Bazaar is widely regarded as one of India’s greatest films. In addition, it is the first Indian film to be made in multiple languages at the same time. Even though it is based on a folk tale, this film is regarded to be ahead of its time. To some extent, this film’s status as the most famous Telugu film is due to its impeccable production values, which included top-notch visual effects for its time period (the 1950s).

Care of Kancharapalem is a film that tells a variety of stories. Kancherapalem, a native community with many problems, is the focus of this film’s narrative. As a whole, the film’s protagonists’ storylines seem to defy the traditional Indian romantic tropes. This film is one of the best Telugu films of all time because of the many different stories it tells. 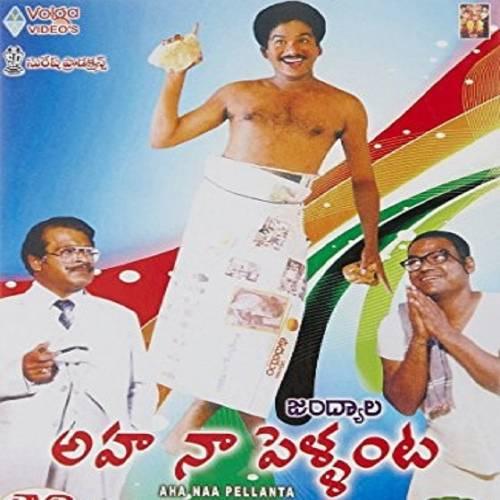 Aha Naa Pellanta is widely regarded as one of the greatest Telugu actors of all time. If you’re looking for the best comedy-drama in Telugu cinema, go no further. When Krishnamurthy goes to woo a girl, she doesn’t know who he is. IMDb’s top-rated Telugu film is a family drama with a dash of humour and love.

When Venkateshwarlu comes Hyderabad to live with his father’s friend, he falls in love with the woman he meets. His encounter with an engaged woman leads to her expressing her love for him after a series of circumstances. Since its release in 2001, this love story with elements of comedy and drama has moved many people and remains one of the best Telugu films to watch today.

An ex-cricketer, Arjun, stars in Jersey, a realistic sports drama film. However, his wife and son are not satisfied with his melancholy conduct and have urged him to accomplish something in his life instead. With his remarkable life story and stunning performance, the rest of the film shows him returning to cricket as an accomplished player at the age of 30. This Telugu film is a must-see because it teaches us to never give up and to fight back in order to succeed. Balakrishna, a trained Kuchipudi dancer, is the subject of the musical drama Sagara Sangamam. He gets a chance to participate in a classical dance festival, but an unexpected event in his life prevents him from completing his goal. This heart-wrenching story has a special quality that elicits an emotional response from its audience. It enthralls the audience and keeps them glued to the screen until the very end.

Agent Sai Shrinivasa Athreya is a thriller-comedy based on the story of a small-time investigator who gets caught up in a missing dead bodies investigation. It’s the film’s debuting lead actor who lends a humorous edge to the proceedings. The film demonstrates how a little detective solves a massive case on his own.

Savitri, a Telugu actress, is the subject of a biography in this film. The film depicts her entire life, from the beginning of her career as an actress, until the moment she fell in love with Gemini Ganesan, and the suffering she endured as a result. Besides accurately portraying Savitri’s life story, the film demonstrates her talent as an actress.

It’s possible that Aa Naluguru is the best film that the Telugu cinema industry has ever produced in the long term. As depicted in the film, integrity and grace should always take precedence above money. Rajendra Prasad delivers a masterful performance, while Kota Srinivasa Rao’s antagonistic performance captivates the audience. This film’s greatest asset is its story and its execution. One of the greatest Telugu films ever made. When he meets this outgoing girl who prefers to do things on her own, the young guy who has been spoon-fed his entire life falls in love with her. It isn’t just a typical romantic comedy, but rather an enjoyable mix of human emotions, dramatization, and sentiments.

When Rishi gets a call from his ex-girlfriend asking for aid in finding her kidnapped daughter, he doesn’t know what to believe. It’s all about the twists and turns Rishi encounters while searching for the missing girl. Aside from the emotional rollercoaster, the movie is full of surprises throughout, making it one of the best Telugu films to watch.

Baahubali 2 delivers the same level of intensity as the first part of the film. It has its own dark moments, but it also reflects the excitement of the battle scenes to the audience. Even the most awe-inspiring images can’t adequately convey the viewer’s experience. There is no disillusionment for the audience and the execution was able to enhance the image. It’s safe to say that it ranks among the best Telugu films. Pelli Choopulu is regarded as Tharun Bhaskar’s best work, even though the film’s plot was quite brief. Cinematography and sound design in the picture are of the highest caliber. In the future, the Telugu Film Industry will be able to produce more creative films thanks to films like these. Although Telugu films are generally quite popular, this one is a must-see for everyone interested in the genre.

This is one of the most popular Mahesh Babu-starring Telugu films ever made. It’s hard to imagine a more complete entertainment package than this film offers. The dialogues, characters, and concept are all excellent. This film, like all Trivikram’s previous works, was a box office success. To this day, this film has a special place in the hearts of Telugu moviegoers and is their all-time favorite.

Rangasthalam is a Sukumar-directed village drama. Chitti Babu, the protagonist of the film, lives in a village ruled by a tyrannical president. He must defeat the president and find solutions to all of the peasants’ issues. Film’s village, rusty appearances, and performances of actors are its most notable features. Evaru is yet another thriller with a murder mystery. With Regina’s return, the film is loaded with suspense and thrills. The suspenseful investigation sequences pique the interest of the viewer, making them wonder what will happen next. For this film, the Spanish film “The Invisible Guest” and the Hindi film “Badla” were both used as inspiration.

This film is about a young medical student who falls in love with a senior in his class. An forceful picture, it appears, given the amount of action and romantic scenes. Young people adored Arjun in this film because of his unconventional approach to dealing with a breakup. This film is often referred to as a modern-day Devdas. Brochevaruevarura is a comedy-drama criminal film that features a number of exciting entertainment moments. A lot of the rhetoric and execution in these scenes is quite comical. The most amusing part of the film is the scenario the heroes find themselves in. In the film, Priyadarshi, Rahul Ramakrishna and Sree Vishnu have done an excellent job, which is why the movie is getting a lot of attention.

It’s based on the life of Arjun, whose father is assassinated by a terrorist gang in the movie Goddachari. As a result of his father’s influence, he decides to join the National Security Agency, where he quickly learns that his professional and personal lives are intertwined. This Telugu film has a high IMBd rating. With Kanche, the audience’s perceptions of Tollywood films have been forever altered. The film takes place during World War II. Hari Babu falls in love with Sita Devi, a wealthy princess from the upper caste in this film. It appears that Sita Devi’s brother has a problem with their relationship.