If you’re sad to see The Society go the way of so many other Netflix shows that were canceled far too soon, here are a few others to consider.

Netflix’s genre-defying series, The Society, was canceled just two weeks before production was set to begin on its second season, despite its widespread popularity. The show focused on a group of New England high school students who were stranded in their hometown after a disastrous camping trip.

The teenagers are forced to form a new society of their own when they are left without adults, Internet, new supplies, or a way out. The show features a diverse cast of characters who, upon moving to a new city, form unexpected bonds with one another. However, there are a few other teen dramas out there that may be able to fill the void. There are many similarities between Riverdale and The Society. Teens often get themselves into trouble by trying to solve an endless number of mysteries without adult supervision.

There’s also a distinct setting and atmosphere to the CW series. Riverdale, like West Ham, is a mysterious and eerie place. The murder of Cassandra, one of the Society’s most prominent members, causes everyone to reevaluate their sense of security. Riverdale follows a similar pattern, with the deaths of seemingly innocent and well-loved citizens by the unlikeliest of perpetrators.

It was released in April 2020 and immediately climbed to the top of Netflix’s viewership list.

The Outer Banks, like The Society, is anchored in its vibrant, tangible surroundings.

The two shows share an omnipresent sense of mystery, despite the fact that the island is much lighter than the deserted town. On a treasure hunt, four teenagers with an unbreakable bond embark on a series of alliances and revelations about people they thought were trustworthy. 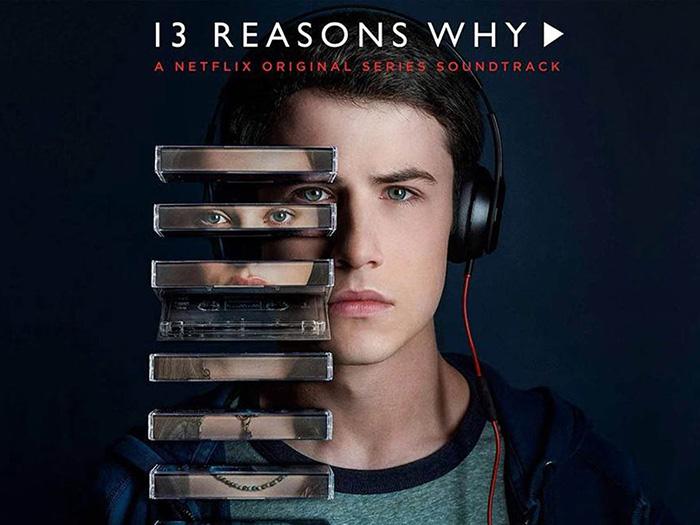 thirteen reasons why is based on the popular Jay Asher book of the same name and follows a group of childhood friends (and enemies) as they deal with the difficult transition from childhood to adolescence, which becomes even more complicated when one of them commits suicide and leaves a video diary.

The Liberty High students, like the Society’s young characters, are forced to grow up too fast. They have no choice but to question their values and how—and if—the adults around them support them in the face of adversity.

Because Stranger Things features characters of all ages, its appeal is greater than that of The Society. It’s not uncommon for the younger characters to embark on a quest to uncover the mystery of why their friend has vanished.

Meanwhile, the teenagers are learning about the mysterious “Upside-Down,” while the adults are catching up on the whole thing. The Hawkins residents, like the West Ham kids, are forced to make friends with people they’d never previously spoken to in order to achieve a common goal. Trinkets is the best option for those who enjoy making new friends out of the most unlikely sources. A beautiful friendship blossoms between three distinct young women in the ethereal setting of Portland. When Elodie arrived in her new town, she was surprised to find that the weather was always overcast and wet.

In spite of their vastly different backgrounds, Elodie, Moe, and Tabitha share a kleptomania that brings them together. They’re constantly defying their parents’ orders and venturing out into the city at night.

Despite the fact that this is a cheerleader-centric film, it’s surprisingly dark and nuanced. Dare Mein, likeThe Society, deals with a murder, but focuses on the consequences of the tragedy rather than finding the perpetrator.

Some of the characters’ relationships are hinted at by the Society, just as Dare Medefies expectations by revealing thatAddy and Beth’s friendship isn’t what it appears. The popular young adult novel by John Green, titled “Looking for Alaska,” will be adapted for television in 2019 by Hulu. Who plays Kelly in The Society? Kristine Froseth is the actress who plays Alaska Young in the film.

Additionally, the show’s premise of a group of teenagers who are always looking for something more will appeal to fans. One of the characters, Miles, is sent to an all-boys school, where he makes friends and falls in love with Alaska, a mysterious character.

A show like Under the Dome, even though it isn’t exactly a teen drama, has a lot in common withThe Society. From 2013 to 2015, the show aired on CBS.

The series begins when a mysterious dome separates a town from the rest of the world based on Stephen King’s novel. Teens and adults are among the main characters, but they must find a way to survive until help arrives. One hundred teenage delinquents are sent to Earth in The 100 to see if the planet can be livable a century after the end of nuclear war. As there are no adults around to guide them, the children must band together to survive in this new world.

These kids, like those in The Society, must work together to survive in a hostile environment. There are many similarities between the two shows, such as the way they try to govern themselves.

1. Lord Of The Flies

If you’re a fan of The Society, you should definitely watch the 1990 film adaptation by William Golding based on William Golding’s novel Lord of the Flies.

After their plane crashes, a group of twenty-five military cadets find themselves stranded on an island. In the end, the group splits into two factions, one attempting to form a civilized society, while the other is only guided by its savage survival instincts.

Her Russian parents raised Svetlana Sterlin in Brisbane, Australia, where she completed a BFA and now writes for ScreenRant and Our Culture Magazine, among other publications. Additionally, Svetlana is an avid film buff and bookworm. She also writes in a variety of genres. In print and online publications, her stories and poems have appeared.