Time flies these days, and we’re blessed with an ever-increasing number of anime series to choose from. On the other hand, there are some anime that transcend time, and they still have the power to enthrall us decades after first viewing them. Such a show is Angel Beats!, for example.

Aniplex’s smash hit drama is still as popular today as it was when it first aired in 2010. Angel Beats! is unique in that it incorporates comedy with action and many touching moments. Angel Beats! has a lot of inspiration from other anime, so we thought it was time to update our list of suggestions.

It’s possible that you’ve already seen every anime on our first list, or that you’d prefer to watch something new. Whatever it is you’re trying to find, we hope it’s on this list. Take a look at our list of 6 shows to watch if you like Angel Beats. The first show on our list is Charlotte, a new show that, like Angel Beats!, has amassed a sizable fan base in a short period of time.

There are people in the world who aren’t who they seem to be on the surface of things. Yuu Otosaka appears to be an ordinary high school student, but he has the power to temporarily take control of the minds of those around him. It’s a shame he only makes use of his incredible talents for himself. Now that he’s met the enigmatic Nao, who wants to recruit him for an organization that helps other special kids like himself, his selfish days may be numbered.

Why is Charlotte on this list because Jun Maeda wrote both Angel Beats! and Charlotte? No? Let’s move on to the next set of parallels. Both shows take place in a high school, but they feature supernatural elements that push the main characters, who are all teenagers, to grow up faster than they otherwise would have. They’re all a part of groups where they pool their resources to try to make sense of what’s going on around them. Finally, regardless of personal preferences, both shows are absolute must-sees for any anime fan. Why then continue to sit around and wait? Imagine waking up in a world where people are unable to die because God has abandoned it. Being stuck in the afterlife is bad enough. In Kamisama no Inai Nichiyoubi, this is exactly what happens.

People cannot die or create new life in a world without God. Only people with the title of Gravekeeper have the authority to perform burial ceremonies that grant the dead eternal peace. However, 12-year-old Ai appears to be an exception with her innocent face and cheerful smile as these Gravekeepers usually are austere individuals who demand your utmost respect. For the sake of putting people to rest and asking how and why God has abandoned them, Ai travels the world.

At first glance, this show appears to be very upbeat, similar to Angel Beats! Ai is a charming heroine who adventures in a gorgeous world. Both shows, on the other hand, have a lot more to offer. Their plots deepen over time, and you begin to wonder about the meaning of life, what happens after death, and whether or not God even exists. Kamisama no Inai Nichiyoubi should be on your must-see list if you enjoy shows that are both thought-provoking and humorous at the same time. Clannad was previously mentioned, but it bears repeating: Clannad is an excellent show and a must-see for Angel Beats! fans.

High school is difficult for most students, but for Tomoya Okazaki, who prefers to stay at home instead of going to school, it is especially taxing. A chance encounter with adorable yet carefree Nagisa changes his life. Because of his willingness to help, not only does Tomoya develop feelings for Nagisa but also for a few other students. The last thing he expected was for these encounters to transform his life in such a profound way.

Clannad was a no-brainer for us to include on this newly revised list. Clannad should be your first port of call if you’re looking for a show that compares favorably to Angel Beats! As with Angel Beats!, Tatsuya Ishihara also directed this dramatic and emotionally stirring film. Both shows rely heavily on their main cast and prioritize the relationships between them. Consequently, you’ll become emotionally invested in the story and empathize with the characters’ suffering. Clannad is a must-see for anyone who enjoys well-written stories with heartfelt themes. The next film on our list is Rewrite, an anime adaptation of the visual novel of the same name.

Kotarou Tennouji, a conceited high school student who likes to meddle in the affairs of others, is doomed to failure. The result of this is for him to become more friendly with a group of girls at his school and to discover more about their individual stories. Strange things begin to happen in Kotarou’s otherwise tranquil city, as well as in his personal life, and he must make some difficult choices as a result of these developments.

The production company behind Rewrite worked on both Angel Beats! and Charlotte, so it’s safe to assume that this show will have some similarities to that one. Once again, the plot thickens and becomes more mysterious as the story progresses, leaving the reader to ponder deeper questions. Rewrite differs from Angel Beats! in that it focuses more on the harem, but the action, school, and romance elements are all present. This will be a treat for Clannad fans, as the art style is very similar to that of the game. With Angel Beats, you’ve already shed a few tears. and did Clannad fill you up, or did it leave you wanting more? Then prepare to be moved, because Anohana has caused many people to sob uncontrollably.

When you’re young, you get to experience all three of these things at once: fun, freedom, and friendship. A death in the group, however, causes a rift, and everyone is left to fend for themselves. But when the specter of a long-dead friend shows up out of nowhere, they are forced to rediscover each other.

Anohana, like Clannad, was on our original list but had to be re-included due to how timely it is now. Like Angel Beats!, this show will put you through your paces emotionally. You’ll get to know the main characters and enjoy their carefree antics before being smacked in the face with a baseball bat called “feelings.”. As dark and depressing as death can be, both shows combine the innocence of youth with the ability to move on from your past. If you haven’t seen it already, grab a box of tissues and settle in for Anohana. 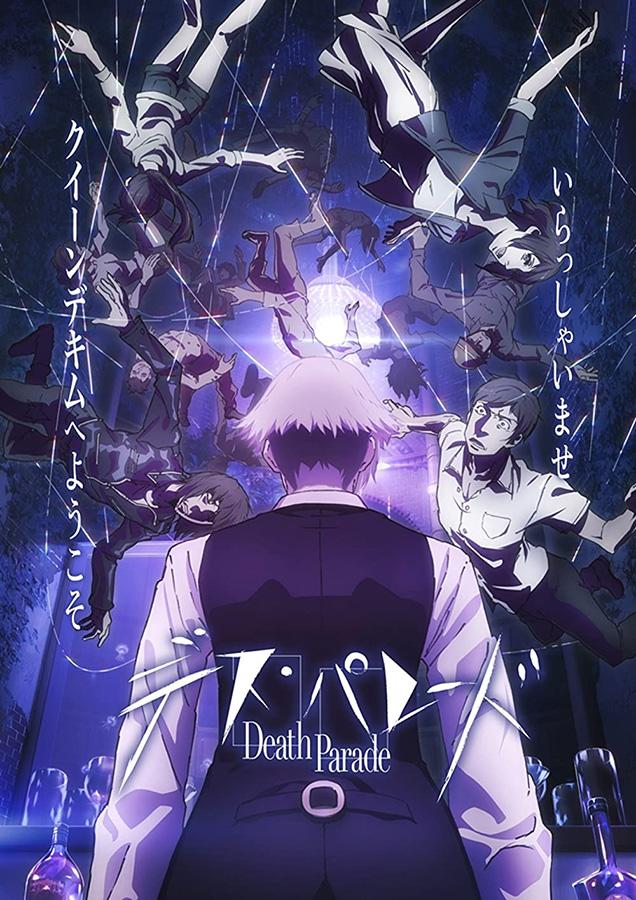 A high school is the setting for life after death in Angel Beats! A bar in the afterlife is depicted in Death Parade as a place where you can gamble to be reincarnated after death. Welcoming you to Quindecim, your supernatural establishment!

You’ll wake up in a strange bar with a white-haired stranger after you die. Decisions are made by Decim, a game master who controls the outcome of the game. Every lost soul is challenged by him to a game in which the winner receives reincarnation, while the loser is doomed to a life of eternal suffering. This is the most fun I’ve ever had after death.

We’ll be the first to admit that Death Parade is significantly darker than Angel Beats! and lacks the show’s uplifting elements. Angel Beats! shares the core concept of life after death, and this film does as well. Aside from the setting, both stories take place afterlife and are primarily concerned with characters’ backstories and previous lives. Those who loved Angel Beats! will enjoy Death Parade, which has a similar thoughtfulness and intriguing premise to what you enjoyed about that film.

This brings us to the end of our current set of recommendations. A couple of new shows from recent seasons were added, but our previous recommendations had to be included as well because they are still so relevant today. Overall, we can say that Angel Beatsgreatest !’s assets are its endearing cast and thought-provoking plot – two things that are as relevant today as they were when the film first came out.