In the same way that a picture is worth a thousand words, a single scene or even a single line of speech may tell an entire story. The media we now have at our disposal teaches us so much. Economism, the stock market, and trading-related issues have all been the subject of numerous well-received films in recent years. If you’re interested in learning more about a career in the stock market, check out this list of the best movies about it. The film’s portrayal of Wall Street stockbroker Jordan Belfort’s life and career received critical acclaim. It traces Belfort’s journey from a low-paying entry-level employment to a pump and dump penny stock scheme, to the founding of a new firm that is probed by both the SEC and the FBI. One of the best stock market movies, it explores the world of finance and its shady underbelly.

Bazaar is a thriller-drama film based on the life of a stock trader. Rizwan, a skilled trader, becomes caught up in insider trading and unscrupulous networks after being hired. As a film about the stock market, it offers a realistic portrayal of what it’s like to work in the industry. Michael Burry’s successful fund endeavor, Jared Venett’s introduction into the CDS market, and Geller and Shipley’s large profit from shorting are all featured in The Big Short, which is based on the real-life financial crisis of 2008. Despite the fact that it primarily focuses on debt securities, this stock market film covers a wide range of important trading principles and illustrates the potential influence of unexpected events.

The movie recounts the path of a middle-class man who tries his luck in the stock market and is caught up in a crime after being inspired by a real-life scam committed by Harshad Mehta in 1992. Comedy stock market film Trading Places centres around a con artist and commodity trader who switch places for a bet and their vengeance scheme against the two millionaires who placed the wager. Stock price manipulation and insider trading are at the heart of Wall Street (1987), a film about a young stockbroker who uses insider information to his advantage in order to advance in his career.

In order to learn the truth about the stock market crash, a man named Budwell kidnaps the show’s financial expert and his team and holds them hostage. As a stock market movie, this one makes a strong case against blindly trusting so-called market experts. It is a five-part documentary that analyzes the banking practices and regulations that led to the 2008 financial crisis. This critically praised documentary sheds light on the reasons and effects of such a tragic incident in the real world.

Another film on the 2008 financial crisis, Too Big To Fail, focuses on the importance of financial institution stability and the dangers of their collapse for the entire economy. It is a movie about the financial crisis. 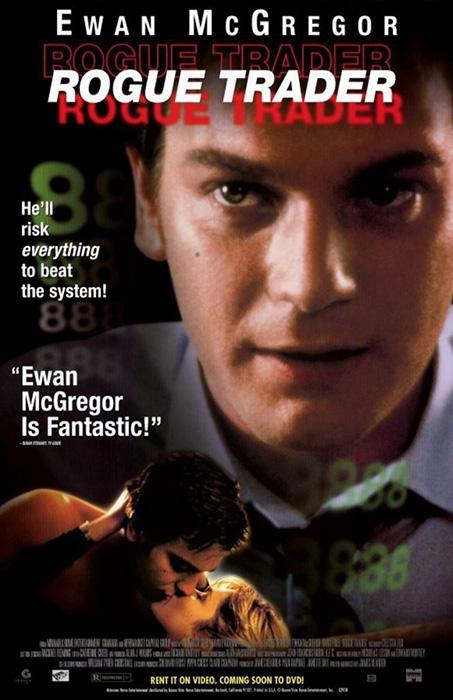 This film is based on a true tale about a successful derivatives trader who took too many risks and caused the bank he worked for to go bankrupt.. Derivatives contracts are explained in this film, and viewers may learn more about how they function and how important they are.

To sum it up

As time goes on, art and life continue to draw from each other. These stock market movies, despite their focus on corruption and crime, also teach us a lot about how the market works and what we need to know about it. You may learn about the workings of the global markets while having a good time by viewing these wonderful films. You can begin your financial journey as a prospective investor by opening a brokerage account online right now.