Filmmakers have been trying for years to capture the essence of football on film, which is understandable given that football is one of the most popular spectator sports in the world.

It’s been a mixed bag, to say the least.

Aside from a few of very great movies on football, there are many more that are either too cheesy, too formulaic, or fail to express why the sport matters so much to people.

Let’s concentrate on the greatest for the sake of this post. We’ve compiled a list of 10 of the best documentaries and dramas ever created about the sport, all of which are guaranteed to leave you swooning from beginning to end. 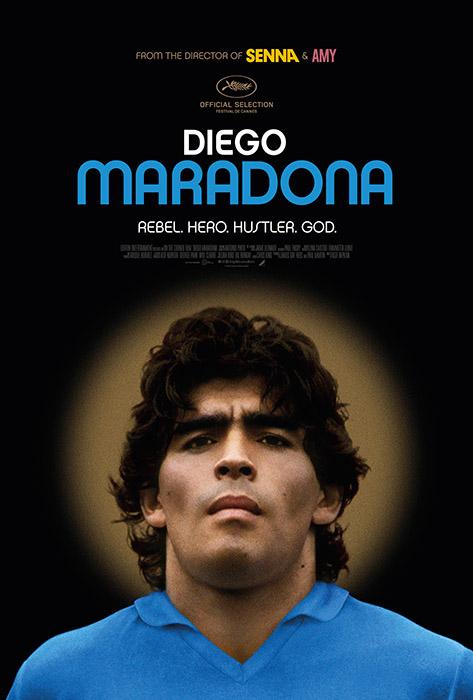 It was a match made in heaven in the film industry. Documentary filmmaker Emir Kusturica followed Diego Maradona through the streets of Buenos Aires as he opened up his life to the mercurial football legend.

It’s possible that Kusturica gets a little too close to his subject because of their mutual understanding; the filmmaker brushes over some of Diego’s less savory characteristics in favor of portraying the myth.

However, he is rescued by a series of brilliantly staged scenarios. One of the most memorable moments was an interview with Diego Maradona in an infamous “cabaret” bar in Buenos Aires, where half-naked dancers performed. Another example is a wedding ceremony at Argentinos Juniors’ stadium in which the bride picks up and drops a football into a crowd of guests, all in the name of the Church of Maradona.

Football movies aren’t always about what happens on the field. In recent years, several of the most popular games have chosen to focus on our game’s dark side: the hooligans.

Even though the Green Street starring Frodo Baggins was the most well-known film in the world, Hollywood’s depiction of football brutality did not match up with reality. Welcome to The Football Factory, a dystopian take on the famous Chelsea Football Club, which is littered with cocaine usage and casual racism.

Danny Dyer’s spiral into excessive paranoia is chronicled in the film when he has an unfortunate interaction with the family of Millwall thug Tamer Hassan. The greatest way to end any film is with a performance of The Jam’s “Going Underground,” which is played before a terrible pitched battle between Chelsea and Millwall in the FA Cup. Sylvester Stallone, Pele, and Michael Caine star in a film set in a Nazi POW camp, so what can you say? Those who are ready to suspend their disbelief a little will enjoy Escape to Victory even if it isn’t the most polished film ever made for the big screen.

Caine portrays a British POW and former professional footballer who is tasked with organizing an exhibition game against the German guards, which quickly becomes a publicity gimmick for the German government.

With the involvement of Pele and most of the Ipswich Town first-team squad of the early 1980s, the ragtag side came back from 4-1 down to secure an agonizing draw. A pitch invasion at the final whistle allows the heroes to get away from their captors, with Stallone sparking pandemonium with a save that keeps the game at the same level. Unmissable.

In this Vinnie Jones vehicle, Mean Machine uses the same premise as Escape to Victory, but the location has been changed to a bleak British prison.

Jones plays a former England captain who is tormented by charges of match-fixing as his career spirals out of control in this version of American football thriller The Longest Yard. An attack on a police officer leads to his imprisonment with other prisoners who are angry over his betrayal and his lavish lifestyle, but he finds redemption when he is asked to help his fellow inmates fight the prison guards in their fight.

Even while the storyline follows a well-worn path of an underdog coming through to triumph, like in countless sports movies, the trip and the disparate cast of personalities within the prison serve to keep things lively. The team’s insane, martial arts-obsessed goalkeeper with a grudge is played by Jason Statham, who adopts a nearly unintelligible Scottish accent. Instead than focusing on the action that takes place on the field, Ken Loach’s film is a meditation on the nature of fanaticism and how the game gives an escape from the monotony of everyday life.

Cantona-obsessed A dead-end career, a troubled relationship with his ex-wife, and a kid who appears to be falling into the hands of a local drug baron are just some of the problems Eric Bishop is dealing with. After smoking his son’s marijuana, he sees the Gallic genius arrive and begin to give him advise. This is the turning point.

Eric’s life takes a turn for the better when Cantona stays by his side and helps him improve his dreary lifestyle. Ex-Manchester United legend Sir Bobby Charlton’s excellent hammy performance shines through every scene in this gritty and escapist drama.

As much as he is revered for his genius on the field, Brian Clough is renowned for his violent, erratic demeanor. There’s an attempt to capture both sides of Cloughie in The Damned United, concentrating on one of his darkest periods in his career.

One of football’s most famed and contentious eras is the subject of this film, which relates the story of Brian Clough’s 44 days as manager of Leeds United. The new manager’s techniques and aggressive demeanor had already made him unpopular with the Elland Road players and fans before he was fired just over a month into his stint.

Clough’s vulnerabilities and bravado are exposed as he struggles against the tide at his new team, and Michael Sheen is a force to be reckoned with in the lead role. One man, Dave Mackay, was not pleased and sued the producers for what he believed to be an inaccurate portrayal in the movie. It is a brilliant piece of cinema that delights in confounding the normal expectations of underdog sports films. When a foul-mouthed lower league coach named Mike Bassett is elevated to the position of England’s head coach, chaos ensues as he attempts to get his team ready for the World Cup.

As Ricky Tomlinson’s perfectly-cast protagonist stumbles from disaster to disaster at the helm, a comedy of errors erupts. As a result of the manager’s ill-advised decision to call up two mediocre midfielders Benson and Hedges, or the star of the squad becoming romantically linked with a Brazilian transsexual, nothing can go right.

In the end, there is a happy ending. There’s no World Cup for England this year. But Bassett gets his reputation back and his family can leave the house again without fear of being harassed or pelted with fruit thanks to an acceptable semi-final loss to Brazil. Resignation is no longer on the table for the England manager, who returns home with his head held high and decides to stay on.

While circumstances in the last two decades have forced football to diversify away from its traditionally working-class base, many critics point to this portrayal of an Arsenal supporter whose life revolves around his team as an exceptional study of the phenomena of middle-class passion.

This adaptation of Nick Hornby’s novel Fever Pitch follows a teacher who has recently blossomed in love with the Gunners as he juggles both his profession as a teacher and his passion for the team. Paul gets to see his beloved team, the London club, play Liverpool in the final game of the season, just like he did in the 1989 final, when the London club scored an injury time goal to win the title.

Unlike the terrible Jimmy Fallon and Drew Barrymore adaptation set in Boston and the Red Sox, this is an engaging, engrossing drama. Zinedine Zidane, probably the greatest French footballer of all time, was maybe inevitable to be given the documentary treatment in his native country. Even if there is a great deal of admiration for the former Real Madrid star in A21st Century Portrait, it is far from a one-sided admiration.

During a 2005 Liga match against Villarreal, Zidane got involved in a brawl and was sent off, which is all that remains of his subject’s career in this book. The filmmakers capture a beautifully austere portrayal of Zizou with the use of 17 synchronised cameras, which follow the player around for the whole match.

The Lord of the Rings of professional football could easily be applied to this 300-minute slog. It’s that epic. As a Mexican immigrant residing in Los Angeles, Santiago Munez dreams of making the most of his extraordinary talents on the football field.

His hopes come true when he gets the chance to try out for Newcastle United. Despite the rain and the cold of the British North East, Munez steadily becomes known in his new country. Santi proves his worth by securing a place in the Champions League for Newcastle with a series of nerve-wracking late goals.

A move to Real Madrid, a World Cup final participation, and as the title suggests, no shortage of goals are all in store for the next two films. The trilogy won’t be on any reviewers’ shortlists, but the global takings of almost $35 million for the first two films alone suggest that football can bring in the audiences.