The Salem Witch Trials, which took place in the 1600s, have inspired numerous films and television productions.

Even if the subject of witchcraft is a popular one in horror and fantasy, it has a greater impact when based on true events. There have been numerous movies based on the Salem Witch Trials, which took place in Salem, Massachusetts in 1692.

A period from 1692 to 1693 saw the Salem Witch Trials, where Massachusetts residents were placed on trial for alleged witchcraft. Documentaries on women who were murdered over the years have been numerous. Many films about magic, witchcraft, and the paranormal were inspired by this historical period.

Even if the events of the Salem Witch Trials have been greatly exaggerated for dramatic effect or to play up the unsettling overtones, they remain a popular cultural obsession. Horror films directed by Rob Zombie and teen romance serials set in Salem, Massachusetts, all draw inspiration from the town’s dark history. American musician and director Rob Zombie made a film in 2012 that reimagines the Salem legends and myths in a contemporary setting. The Lords of Salem is a supernatural thriller set in Salem, Massachusetts, the site of the first witch trials.

The Lords’ debut record is stumbled upon by a hard rock radio DJ. When she listens to the record, she suffers from a series of strange dreams. Later, she interviews a writer who has just published a book about the Salem Witch Trials and plays the record. The woman of Salem falls into a trance when she hears the record. A secret Satanic cult is discovered, as well as a curse against Salem’s women.

Films like The Covenant were a guilty delight for many youths of the late 2000s, when pop culture was awash in supernatural stories.

Some of the actors who appeared in the film included Sebastian Stan, Tyler Kitsch, Steven Strait, and Chace Crawford, amongst others. The film revolves around a group of childhood pals, known as the Sons ofIpswitch, who grew up together in the same town. From the founding families, they possess magical powers.

The Salem Witch Trials can be traced back to the town where the lads live and their family history. The Ipswich Witchcraft Trials, which took place in Salem in 1878, were the second wave of witch accusations in Salem. The guys in the film are descended from the founding families and formed a coven to conceal their magic. Additionally, there is a small saga based on some of the original accusers’ family names used during the trials. 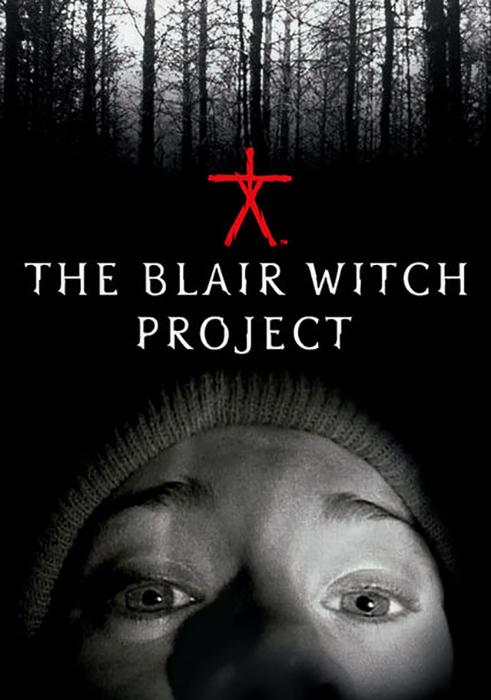 The Blair Witch Project, a 1999 found-footage horror film that made more than $200 million on a budget of less than $500,000, was notable for its viral marketing effort. When it comes to the Salem Witch trials, the film focuses on amateur filmmakers who visit a forested location in Maryland and chronicle their findings.

However, many of the local stories mentioned by the characters are similar to those that took place in Salem, Massachusetts, in the 17th century. Film’s fictional events may have been inspired by real-world tales, such as the finding of a ritualistic massacre in the woods and the description of a mystery woman with “feet never touching the ground.”

The Salem Witch Trials are depicted in 1996’s The Crucible, a cult classic. Daniel Day-Lewis portrayed John Proctor, while Winona Ryder portrayed Abigail Williams. The historical drama is based on the same-titled play that first premiered on Broadway in 1953.

Proctor decides to stop his relationship with the young Abigail in Salem, Massachusetts, in 1692. Later, she and the other females walk to the woods to perform a ritual of conjuring. Angry, Abigail demands vengeance on the wife of her lover, and things spiral out of control as the reverend observes their ceremony and accuses the girls of witchcraft. As the village is gripped by paranoia, Abigail resorts to making up fake accusations in order to protect herself.

An unnamed female cadaver is the focus of this 2016 spooky horror flick.

While attempting to examine a body, a father-and-son coroner team is beset by paranormal events.

Tragic occurrences occur, but the coroners come to the conclusion that Jane Doe is the culprit. There are marks on the body that refer to Leviticus 20:27, which was utilized in 1693 to convict witches. The Salem authorities falsely accused an innocent woman of being a witch at the time, and she now seeks retribution. Robert Eggers’s 2015 horror film, The Witch, is also referred to as “The VVitch.” Before the Salem Witch trials in 1630s New England, this story takes place. However, the impact of those events on the film’s development was undeniable.

An exiled family must fend for themselves in the wilderness after being forced to flee their home by local stories and records that have survived from the time period. Even though they have a deep belief in God, they are confronted with a series of incidents that appear to be out of this world.

Unquestionably, one of the most famous 1990s witch hunt flicks is Hocus Pocus. The Sanderson sisters are a cult classic, and many children have experienced nightmares about them. Salem, Massachusetts, the epicenter of American witchcraft, serves as the setting for the film. They are introduced early on in the film and given a brief history.

In Salem, Massachusetts, in 1693, the witch trials began. Witchcraft charges have been brought against the three sisters after the disappearance of a young girl from their hamlet. If a virgin lights it, they will be brought back to life and hanged for their crimes. When a virgin does this in 1993 Salem, the Sanderson sisters are brought back to life.

ParaNorman is a good choice for a creepy Halloween movie, and the film’s premise is also a reference to the witch hunts. Blithe Hollow is the name of the town in which the narrative takes place. A lady being wrongfully accused of a crime during this historical period is a common theme in this novel.

Norman, a young kid, is shunned and ostracized because of his capacity to communicate with the dead. He gets a vision of townspeople pursuing witches through the woods one day. ‘ In order to complete a protective ritual, he must locate an old book of fairy stories. The rising of the undead is linked to the presence of a witchspirit. He soon discovers that the witch who sparked the commotion was a young girl who was a psychic but was falsely accused of witchcraft by her community. 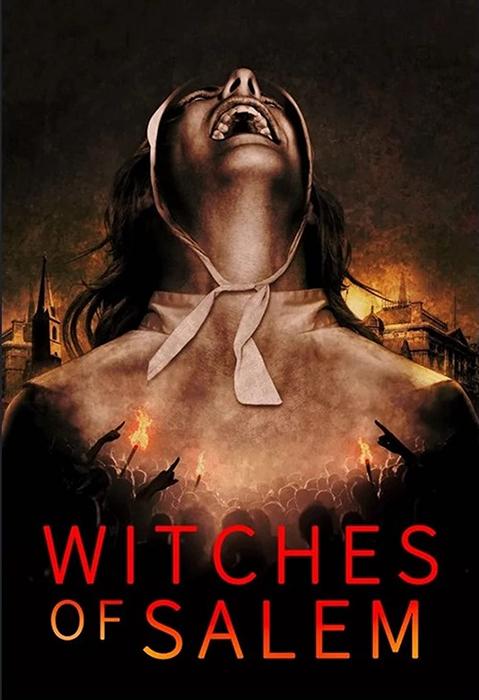 The miniseries Witches of Salem premiered in 2019. The Travel Channel produced this historical dramatization of events in Salem, Massachusetts, in 1692. Docu-drama follows the town’s quick demise into frenzy after the daughter of the local preacher begins behaving in an unpredictably manner. Eventually, this leads to the allegation of a family slave as a witch because of the affliction of other young women.

As a result of the unfounded accusations of witchcraft leveled against the residents, the small village is gripped by paranoia and violence. The mini-series recreates accusations of possession and witchcraft based on historical transcripts.

Salem has been dubbed a “loose homage” to the 17th-century New England witch hunts. It has never been done before, but the supernatural horror series brought the challenges to a new and more dramatic level. All of the Witch Trials can be traced back to a single, powerful witch. As a means of creating mass hysteria, she exploits the trials. Her true motive is to call upon the Devil, and she’s using this as a pretext to do so.

The show even utilizes characters from the original transcripts, such as Tituba, a slave. When new adversaries and old love get in the way of her rise to power, her plans become more challenging.

For the 2020 season, Freefrom produced Motherland: Fort Salem. A new view on witches is explored in this show, which takes its inspiration from the Salem Witch Trials of 1692. After a powerful witch helped stop the persecution of witches, witches are now in the forefront of the US military in the present era.

An agreement with the current commanding general 300 years ago, the Salem Accords, put an end to persecution of witches and instead used them as a weapon to protect America from both foreign and domestic threats. The Salem Witch Trials did take place, leading to the deaths of many witches.

“Bewitched” was a 1960s comedy that featured Elizabeth Montgomery as Samantha Stephens, who used witchcraft to help her non-magical family in their daily life. There was a segment in Season 7 of the show devoted to the Salem Witch Trials, among other things.

During her journey to 1692, Samantha stops at numerous sites that would come to symbolize the notorious events that took place in the Massachusetts town. The Bewitched trilogy is one of the earliest modern interpretations of Salem history in popular culture, even if it lacks the depth of later versions.

On The CW’s The Vampire Diaries, which premiered in 2009, preternatural love triangles and vampiric conspiracies take center stage. On the surface, it appears to have no link to the history of Salem, Massachusetts, but those who pay attention will notice a few hints.

It takes place in Mystic Falls, Virginia, a community with a long history of spirituality. It’s also revealed that a character in the show is a descendent of witches who fled Salem in the late 1600s to avoid prosecution.

In 1985, PBS aired a three-part home video miniseries titled Three Sovereigns For Sarah. It’s a powerful film that focuses on the real-life suffering of those accused of witchcraft during the witch trials of 1692 and 1693.

With its VHS roots, it appears to have been filmed in the 1980s, yet it is an interesting, real take to an event that is frequently utilized as a basis for horror films. The “Coven” season of American Horror Story is dedicated solely to the subject of witchcraft. It is set in New Orleans, but the show’s protagonists are descendants of Salem’s witch families.

The film’s protagonists are descendants of witches who escaped prosecution in 1692 and 1693, just like in many previous films based on the trials. As a result, the protagonist is taken to a school for young witches that teaches them about modern life.