One of the biggest taboos in real life, as well as in the horror genre, is necrophilia, or a sexual attraction to dead bodies or a sexual act with dead bodies. Because it’s a trope reserved for the most extreme forms of horror, don’t hold your breath for it to appear in the next James Wan film.

If you’ve never heard of a necrophilia-themed film before, you might be horrified… but don’t be surprised if your interest grows as time goes on. There will always be an interest in the psychology of serial killers, as well as anything involving paraphilia or an act that seems too unbelievable to be true.

Here is a list of necrophilia-related films to please your curious and morbid little mind. Jörg Buttgereit is in charge of the film’s direction.

NEKROmantik has to be at the top of any list of necrophilia films because it is such a classic. It has a dreadful rap in cult circles, and it’s still illegal in places like Iceland, Norway, Malaysia, and a few Canadian provinces. Following Rob Schmadtke, a body cleaner who works for a company that cleans up after car accidents, the story unfolds. This satisfies Rob’s necrophilia and that of his companion Betty. The couple begins a relationship with their new house guest after bringing home the nearly skeletal remains of a murder victim, causing complications that any relationship may face. NEOmantik is a work of art, exploring the psychological and physiological connections between love, sex, and death with all the finesse of a fine art film. The film’s score is stunning, and it manages to turn necrophilia into a romantic activity. Hardcore horror fans will enjoy the film’s gore and “yuck out loud” moments, making it a must-see for anyone interested in the horror genre. Jörg Buttgereit is in charge of the film’s direction.

NEKROmantik2: Return of the Loving Dead, the sequel to Jörg Buttgereit’s original NEKROmantik, is now available. After the events of the first film, Rob is exhumed from his grave by fellow necrophiliac Monika in this sequel to the horror classic. When Monika returns in the sequel, she’s torn between her desire for a normal, still-alive relationship and her sexual urges for the deceased. Munich police seized NEKROmantik 2 twelve days after it was released, making it just as controversial as its predecessor. It also deals with German political issues such as the country’s Nazi past and its division into East and West, in addition to its love story. eROTik is a love letter to Jörg Buttgereit’s NEKROmantik films and a tribute to serial killer Jeffrey Dahmer’s real-life crimes. ‘Dahmer,’ played by Adam Western, is an Egyptian occultist with a penchant for freezing men’s organs and sleeping with a rotting corpse. However, as this necrophile learns the hard way, his actions have grave repercussions for him. Along with its decomposing necrotic gore, this film is a full-on surrealist experience with its dreamy soundtrack. There is a lot of gory body horror and necrophilia on display in this film, and when combined with the subtexts of the queer experience, it creates an intriguing take on a controversial subject. 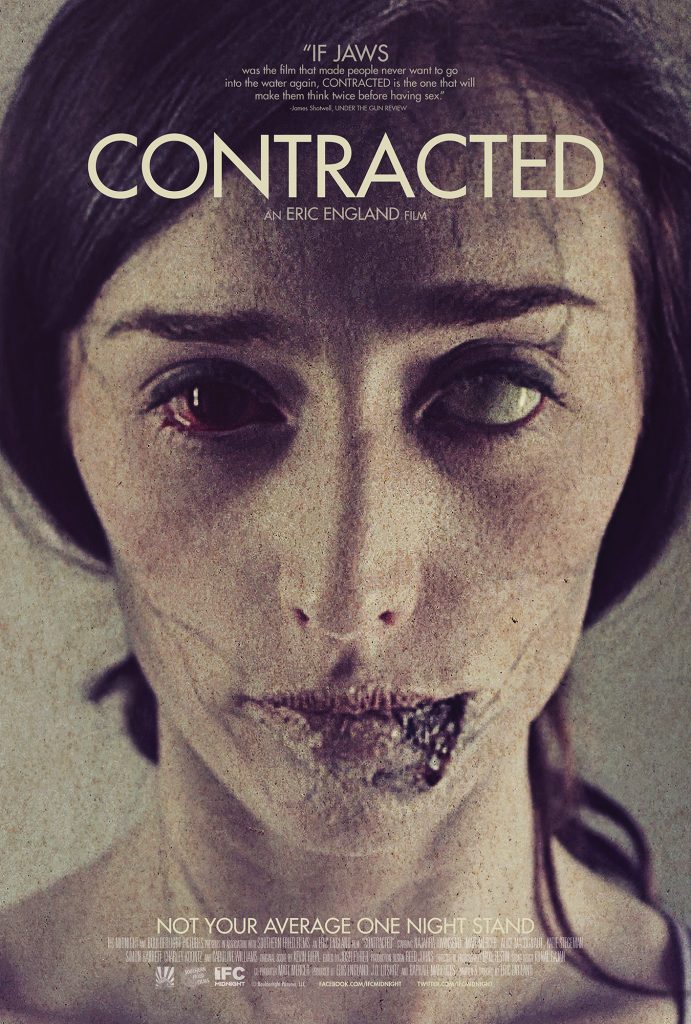 Eric England is in charge of the direction.

A morgue technician with an Abaddon tattoo (an archangel of the abyss from the book of revelations) who enjoys his work too much raps Samantha at a party, and Samantha starts going through some serious bodily transformations as a result. Despite the fact that it doesn’t deal with the topic of necrophilia in great detail, Contracted is extremely graphic in other ways. This is not a film for those who are easily offended by the sight of decaying body parts or bugs oozing from open wounds. The action moves at a frenetic pace, making viewers feel like they’re riding along with the main character as he struggles with his dilemma. Jacques Lacerte is in charge of the direction.

When it comes to classic cinematic necrophilia, there’s no better choice than Love Me Deadly from 1972. A Los Angeles heiress is initiated into a necrophilic cult run by the local diener, in this retro take on the socially taboo sexual act, directed by Jacques Lacerte. Lindsay will have to figure out how to balance being a newlywed and having a soft spot for the recently departed. Love Me Deadly is the pinnacle of ’70s horror filmmaking, hitting all the right notes. It’s the perfect feature for those who want to dabble in necrophilia in horror without going overboard with the gothic pop music, groovy fashion, and depictions of satanic cult rituals.