Large and diversified, Los Angeles has much to offer. You could shoot five distinct movies in five different locations and each one would have a unique aesthetic. LA-based films are arguably second only to New York-based ones in terms of box office appeal. The City of Angels has been the setting for a slew of noteworthy films. Los Angeles is the setting for 25 of the most popular films of all time. This is where we’re at. These are the movies you’re looking at. There is little doubt that the majority of “Die Hard” is set in a building. Nakatomi Plaza, on the other hand, is located in Los Angeles, which is important to the story. John McClane, a New York police officer, has travelled to Los Angeles for the holidays. As a result, “Die Hard” is not only a Christmas classic, but a Los Angeles classic as well.

In “Repo Man,” you’ll see a side of Los Angeles rarely depicted in other films. Harry Dean Stanton and Emilio Estevez star in this all-time cult favourite. There is a distinct L.A. vibe to the punk rock film’s visual style.

The Los Angeles of 1969 was a goal for Quentin Tarantino. According to what we’ve seen, he did a good job of re-creating classic Hollywood in this picture. Furthermore, this isn’t limited to the set design. Movie stars can be recreated, and there is vintage television and cinema to enjoy. Robert Altman’s “The Long Goodbye” revolves around the character of Phillip Marlowe being relocated from 1940s LA to 1970s LA. For Elliott Gould’s part, Marlowe is surrounded by rich Malibu types and health freaks, making him seem out of place. It’s a great noir picture because of the interesting juxtaposition.

Even in Los Angeles, where the movie business is thriving, there are screenwriters struggling to make ends meet and previous stars who have faded into obscurity. “Sunset Boulevard” depicts the collision of these two types. William Holden’s screenwriter character is found dead in a swimming pool at the beginning of the film. We then go back to discover how he got there.

Speaking about Marlowe, he is, as previously said, a tough-as-nails private investigator working out of Los Angeles. In Humphrey Bogart’s “The Big Sleep,” Marlowe is played by Bogart. This film is widely regarded as one of the best noirs of all time, despite its notoriously convoluted and nearly impenetrable plot. Yes, “The Big Lebowski” is a parody of “The Big Sleep” in both title and plot. It is, however, a quite different film. As a Los Angeles-based picture, the Coen Brothers masterpiece is a classic. It all begins with a trip to Ralph’s by The Dude, a true Angeleno. Do not, under any circumstances, touch the man’s rug. It serves as a wonderful unifier for the space.

Unavoidably, with the topic being Los Angeles, a few Hollywood productions had to be included. LA is connected with the film industry. In “Singin’ in the Rain,” the end of the silent film period and the emergence of talkies are depicted in a musical. Gene Kelly and the rest of the cast get to sing and dance their hearts out for a good time.

In “Heaven Can Wait,” an overzealous guardian angel accidentally transports an NFL quarterback to Heaven, where he is given the opportunity to return to Earth in the form of a different person. Warren Beatty’s character tries to play quarterback again, despite the fact that he has an affluent businessman’s body. Who is the team he represents? Of course, I’m referring to the Los Angeles Rams. We’ve included a second Tarantino film because we believe “Jackie Brown” is the director’s most underappreciated work. Pam Grier and Robert Forster feature in this excellent film, which was overshadowed by “Pulp Fiction.” However, Jackie and Max Cherry’s view of Los Angeles is unique in that they aren’t rich or famous. The two of them are just scraping by in the big metropolis.

So, yes, we are a tad nave here. Ted Logan and Bill S. Preston live in San Dimas, California. Los Angeles County, despite its location to the north, includes San Dimas. Los Angeles proper is only approximately 20 to 25 miles away. In this case, it’s good enough for us. In particular, we wanted to call attention to the three “Bill & Ted” films, all of which have a distinct taste of the Golden State. Then there was the ability to travel through space and time with a flying aircraft. They could have traveled to Los Angeles at any time.

“Point Blank” stars Lee Marvin as a ruthless thief who will go to any lengths to reclaim the money he was cheated out of. There are some scenes in Alcatraz, but the majority of the film takes place in Los Angeles, including an excursion to the Los Angeles River bed. The city of Los Angeles is much more than just Beverly Hills and Hollywood. Many of the city’s minority neighborhoods are poorer and less affluent than the city as a whole. ‘Boyz n the Hood’ was John Singleton’s directorial debut, and he displayed his abilities right away. Crenshaw is the setting for this coming-of-age story, which takes place in the South Central area of Los Angeles. Young men who have been dealt a bad hand in life and are trying to rise above it in a gang-ridden world are the focus of this film. An overlooked feature of the city should not be ignored.

The lives of the teens in “Clueless” and “Boyz n the Hood” couldn’t be more dissimilar. Many people enjoy this film, despite the fact that it is a lot more frothy. As a result of the success of “Clueless,” Alicia Silverstone became an overnight sensation. It was also the beginning of many people’s love affair with Paul Rudd, a relationship that has since lasted for decades. “Clueless” isn’t on this list of LA movies? If only. I Love You, Man” stars Paul Rudd as a real estate agent in Los Angeles. As a result, we get to see a few different LA neighborhoods and some very expensive LA homes. Another unique aspect of this film is that Lou Ferrigno plays himself, something that only happens in New York/Los Angeles-based productions.

In Nightcrawler, the news and Los Angeles are shown in a fresh light. Gyllenhaal plays a man with no morals who makes a living by providing horrific images to news organizations. In the middle of the night, there will be a lot of sneaking around in the city. “Nightcrawler” is devoid of warm weather and sandy shores. Even more disgusting is the truth.

“Inherent Vice” resembles a mash-up of a number of the films already mentioned in this article. This film is a mashup of “The Big Lebowski,” “The Long Goodbye,” and “Boogie Nights” by Paul Thomas Anderson. Even though it’s loosely inspired by a work by Thomas Pynchon, it’s humorous and razor-sharp still, and it looks stunning to boot. He was born to play a stoner private eye, according to Joaquin Phoenix.

Both a private investigator and an enforcer are featured in “The Nice Guys,” which takes place in Los Angeles in the 1970s. The film stars Ryan Gosling and Russell Crowe as an odd couple working on the same case, which brings them to opulent parties and enormous skyscrapers. If you haven’t seen “The Nice Guys,” we strongly encourage you to do so, since the film is fantastic and captures the essence of Los Angeles. 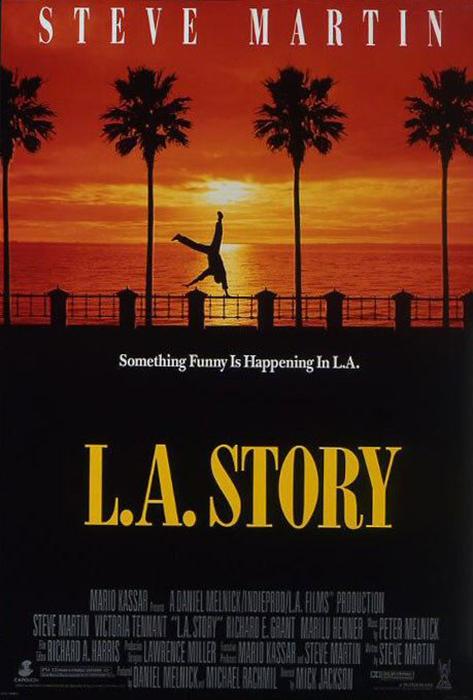 The film’s title has the word “L.A.” in its name. It’s a no-brainer that it’s on this list. This light romantic comedy with supernatural overtones stars Steve Martin, but the film also contains plenty of satirical jabs at the city and the entertainment industry as a whole. It’s not perfect, but it’s mostly entertaining and funny. To appreciate the wit, you’ll have to have spent some time in Los Angeles, where it’s prevalent.

Topping Los Angeles’ list of best-known neighborhoods, Beverly Hills comes in second place. It’s the home of the affluent and famous. There are none like Axel Foley. He is a Detroit police officer. Eddie Murphy, who portrays the character, has the charisma and tenacity to manage himself, despite being a fish out of water. Fortunately. The two sequels to “Beverly Hills Cops” aren’t as good, but the original is a classic action comedy from the 1980s. “Fletch” may have been Chevy Chase’s best role yet. This actor portrays an investigative journalist who plays by his own set of rules and is always prepared to make light of the situation. As a Los Angeles Lakers fan, Fletch dreams of one day wearing the team’s colors on the court.