Ten years after it made landfall, Katrina has acted as a significant inspiration for a wide range of artists. Despite the fact that the ultimate Katrina film has yet to be completed, the hurricane has inspired a slew of stunning documentaries. Following is my list of the top ten Katrina-themed films that have premiered in theaters to date in honor of the storm’s 10th anniversary next month. Directors Filmmakers Glenn Pitre and Greg MacGillivray were forced to postpone their IMAX documentary, which premiered one year after Katrina and remained on view at the Aquarium of the Americas until early 2015 due to damage sustained during filming. After the storm, Pitre and MacGillivray chose to re-shoot and re-work their film to incorporate powerful pre- and post-storm imagery, rather than abandon the project. As a result, a compelling argument for restoring Louisiana’s wetlands is made. Despite the fact that a decade has passed since the call was made, the matter is no longer being ignored.

A reference to Hurricane Katrina and photos of its aftermath were incorporated into the script after it halted filming of Tony Scott’s crime drama. However, even while the final result, starring Denzel Washington, was ordinary from a storytelling aspect, its significance to the local production sector was far deeper. To put it another way, the Touchstone Pictures production was the first major picture to be shot in New Orleans after Hurricane Katrina, demonstrating to the rest of the globe that the city was once again open for business. It was as if Werner Herzog’s reworking of Abel Ferrara’s 1992 criminal drama, which was relocated from New York to post-storm New Orleans, had sprung out of the blue. Aside from the focus on a downwardly spiraling junkie of a very damaged cop, it bears no relation to Ferrara’s original and is full of dark, surrealist humor that perfectly appeals to Nicolas Cage’s acting style in the starring role. Herzog himself gushed about how “vile and debased” his film was. It’s also a lot of fun, which is something that few other Katrina films can say for themselves.

After Hurricane Katrina, Barlow Jacobs and Eddie Rouse form an unusual relationship in Zack Godshall’s indie drama, which won outstanding narrative feature at the New Orleans Film Festival in 2007. After a decade, Godshall’s film still stands out for its close-up view of New Orleans after Hurricane Katrina’s devastation. Shot just eight months after the hurricane and before many people had returned home, it is a time capsule as much as anything else, capturing surreal-but-oh-real scenes that time has obliterated. An IMAX film on the Hurricane on the Bayou area of New Orleans, directed by Dawn Logsdon and Lolis Eric Elie, was already in development when Hurricane Katrina struck. It was then when the storm struck, and everything changed for both the city and for the movie. Nonetheless, in this case, it served to enhance the poignancy of a dramatic and complex history of what is regarded as the oldest black neighborhood in the United States.

Spike Lee’s Emmy-winning “Levees” and his Peabody-winning “Creek” are technically independent films, but their exploration of the origins and consequences of Katrina and the 2010 BP oil spill work so effectively together that it’s difficult to separate them. A year after Superstorm Sandy, “Levees” was a difficult show to watch on HBO, but that’s because it hit so close to home at a time when the storm’s scars were still raw. Local audiences may find it easier to swallow now that it’s been there for so long, but it will still make your blood boil. 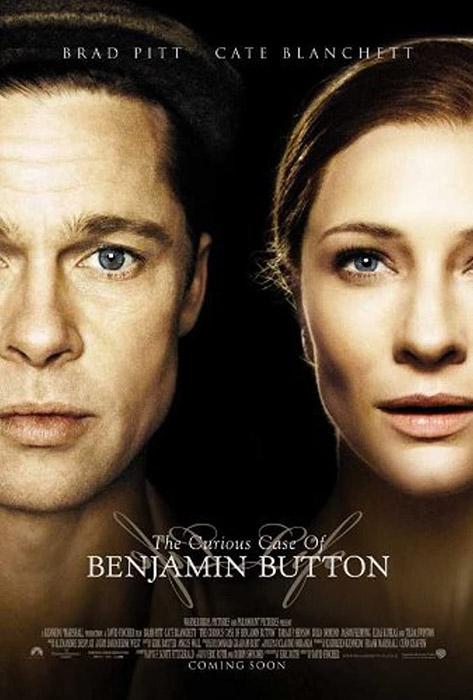 Director David Fincher’s film, loosely based on the short novel of the same name by F. Scott Fitzgerald, isn’t strictly about Katrina in the strict sense. Even though Fincher and his crew were planning to film in New Orleans when Hurricane Katrina hit the city, they found that it fit perfectly into their story’s philosophical and temporal themes. Katrina was thus incorporated into the film’s modern-day envelope plot, which is where the film begins and ends, and which gave the picture, which went on to receive 13 Academy Award nominations, both relevancy and poignancy.

Moonbot Studios-based Moonbot Studios’ animated short, concentrating on dealing with loss as one of its main topics, accomplished something few other Katrina films have:

It was nominated for an Academy Award. Another significant thing Joyce and Oldenburg’s brilliantly realized 15-minute masterpiece did was draw tears from the villagers as well as capture their imaginations: As a result, it helped establish Moonbot as a cultural phenomenon. This Oscar-nominated documentary, directed by Carl Deal and Tia Lessen, follows Scott Roberts and Kimberly Rivers Roberts, two Lower 9th Ward residents, as they struggle to rebuild their lives after the hurricane. Additionally, the film provided an unforgettable and eye-opening look at the societal disparities exposed by the storm while also highlighting the Robertses’ outstanding and unflagging spirit — both classic New Orleanians.

To survive in the face of a catastrophic storm, the people of a levee-less hamlet must cling on to their way of life in Behn Zeitlin’s Oscar-nominated “bayou fable.” As a big-screen metaphor Zeitlin’s motion poem couldn’t have been clearer, more on point, or more loving to all that Southern Louisiana has to offer, even though it wasn’t about Hurricane Katrina in the literal sense.