Halloween wouldn’t be Halloween without the movies that accompany it, just as Christmas has its music and Valentine’s Day has its chocolates. I can’t deny how festive everything looks this time of year. But how do you actually establish the mood? An evening of scary movies, complete with chainsaw-wielding actors and spell-binding music, is the perfect way to welcome the Halloween season. Some of the best Halloween movies aren’t even scary. You don’t have to be a horror enthusiast to enjoy them, however. They’re just overflowing with all the wonderful things about October that we only get 31 days to enjoy. So get out the extra candy, dim the lights, and lock all the doors before you settle down to watch the best Halloween flicks of all time. We’ve compiled a list of 20 we think you shouldn’t miss. Featuring a cast that includes famous names like Courtney Cox and Drew Barrymore, this funny-yet-scary slasher film/black comedy is a cult classic.

Everyone in the family will enjoy this timeless classic. Snoopy and the crew have been spooktacularly entertaining children and adults alike for more than half a century. You might even become nostalgic for trick-or-treating as a kid after seeing the cartoon.

There’s a lot to enjoy about the Addams Family movies–yes, the first and second ones, too!–especially the first. Gothic humor, kitsch, and great jokes? In addition, Angelica Huston is quite stunning as Morticia in this film. Anyone who enjoys the Halloween spirit but isn’t interested in being scared will enjoy these. “Damien, this is all for you!” To be a true horror fan, you must have seen this 1970s masterpiece. As one of the most cursed movies of all time, this demonic thriller stars Gregory Peck and Lee Remick.

When it comes to Halloween costumes, nothing beats Hocus Pocus. Bette Midler, Sarah Jessica Parker, and Kathy Najimy feature in this fun family comedy as three resurrected witches from Salem, Massachusetts, just in time for Halloween.

The horror classic Rosemary’s Baby, directed by Roman Polanski, is a must-see this Halloween season. This film features Mia Farrow as a young woman who is blindsided by her husband’s pact with Satan.

7. A Nightmare on Elm Street One of the most known movie villains, Freddy Krueger, was created by Wes Craven about a decade before Scream. But this isn’t just a slasher movie with a gory lead; it’s also a thriller with an intriguing premise and plot that will keep you awake at night. Johnny Depp’s acting debut, in case you missed it.

Even though Disney doesn’t do a lot of horror, they do it quite well. Because of an identity mishap, a family becomes stuck in a haunted home, and Eddie Murphy lends his humorous genius to the situation. However, while this is still a family-friendly film, it may be a little too scary for some children.

When Jason Voorhees shows up on a Friday, the 13th, the movie takes an unexpected turn for the worst. After Kevin Bacon’s appearance in this 1980 film, hockey masks were forever changed. 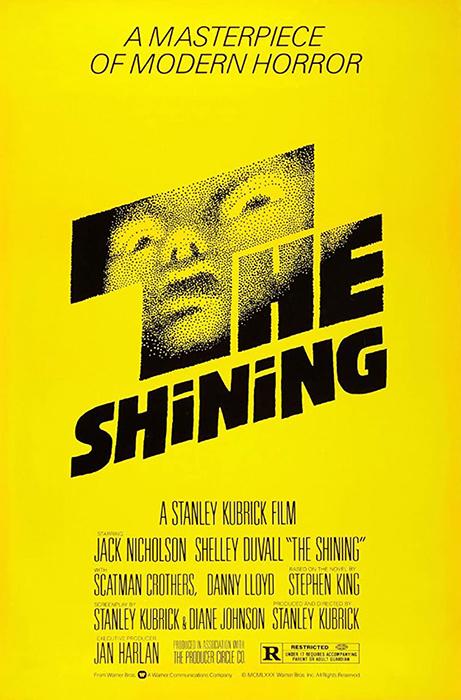 The Shining is a great choice for a scary movie experience that’s also visually stunning. The Stanley Kubrick-directed picture, which follows an innkeeper who falls over the deep end psychologically, has become a horror cinema classic.

Halloween is one of the best Halloween movies around. Jaime Lee Curtis starred in and plays a mental patient who returns to his hometown to hunt innocent bystanders after breaking out of a sanitarium.

Halloweentown is a fun movie for the whole family about a young witch named Marnie who is divided between her everyday existence and the enchanted world of her grandmother’s house, where it’s always Halloween. Jim Henson, George Lucas, and David Bowie all worked together to make this film. It was a true team effort. What we do know is that we are quite grateful that such a high-profile initiative was able to come to fruition. Bowie, the Goblin King, has given a girl only 13 hours to save her brother from becoming a goblin. A PG-13 rating means it’s appropriate for family viewing.

There is no doubt in my mind that this doll is in possession of an evil serial killer. Why not, of course. This film introduced the world to the famed Chucky character, who will undoubtedly alter your perspective on children’s toys.

The following ’80s horror flicks are sure to please fans of the genre.

There are two ghosts who haunt their former home in Tim Burton’s horror/comedy about a devious poltergeist named Beetlejuice. Be sure to stay for the jokes and THE fabled striped suit! Horror fans throughout the world immediately embraced this new-ish film. Filmmaker Jordan Peele’s movie follows a black photographer and his white girlfriend as they make their way home together for the first time. As the film progresses, the relationships become increasingly unsettling, shrouded in casual bigotry.

Despite the fact that Johnny Depp plays a man with scissors for hands, Edward Scissorhands is yet another Tim Burton classic (Winona Ryder).

Ghostbusters, a beloved Halloween comedy classic, may also be viewed with the whole family. However, you should be forewarned that the jingle may stick with you for days.

In the event that you don’t find prom scary, you certainly haven’t seen Carrie. One of the most terrifying teen movies of all time, the film adaptation of Stephen King’s novel is now regarded as a cult classic by many. Only those who have watched The Exorcist can call themselves horror movie fans. This classic tale of demonic possession and exorcism follows a young girl and her mother as they try to save her.