As a 20th-century author, H.P. Lovecraft is without a question one of the most influential. A shared cosmos populated by insanity-inducing elders and hapless protagonists transformed literature, and the author’s formula for cosmic horror may still be found in media today.

In spite of this, the number of successful Lovecraft adaptations is surprisingly few, with most competent followers of the author choosing to borrow elements from his tales rather than adapting them altogether. The nihilistic character of the author’s specific brand of cosmic horror does not sit well with studio execs who have sought to bring the Mythos to the big screen.

There are a few good translations of some of Lovecraft’s best stories, even if we’re unlikely to see big-budget productions like Guillermo Del Toro’s concept for At the Mountains of Madness. To mark the 100th anniversary of the Cthulhu Mythos, I’ve produced a list of the best Cthulhu Mythos adaptations.

If you disagree with me, please share your favorite Lovecraft adaptations in the comments section below. So no Re-Animator or John Carpenter movies for the time being, as I’m only going to post direct adaptations of Cthulhu Mythos stories.

6: Necronomicon: Book of the Dead

Necronomicon: Book of the Dead, like many anthology films, is a hit or miss endeavor. Even though this B-Movie romp is an otherwise pleasant B-Movie romp if you can stomach the cheesy inadequacies, the obvious lack of funding and the odd narrative prohibit it from making the top 10.

There are three Lovecraftian tales adapted into a film by Brian Yuzna, Christophe Gans, and Shukuk Kaneko, with Jeffrey Combs reprising his role as H.P. Lovecraft for the wrap-around part.

It’s a shame there aren’t more Cthulhu Mythos adaptations out there, but this schlocky compilation is a good addition to the catalog.

5: Masters of Horror: Dreams in the Witch-House Lovecraftian films like Re-Animator and From Beyond made Stuart Gordon a legend in the horror community. Despite the fact that he’s directed many cult favorites, even his flops are hilarious. One of his best episodes was Dreams in the Witch-House, which he contributed to the outstanding Masters of Horror series.

It’s an updated version of the classic tale of a Miskatonic University student who moves into an unusually haunted house, adapted on the short story of the same name. Despite the episode’s short timeframe and low production value, it manages to faithfully and amusingly recreate the terrifying story. 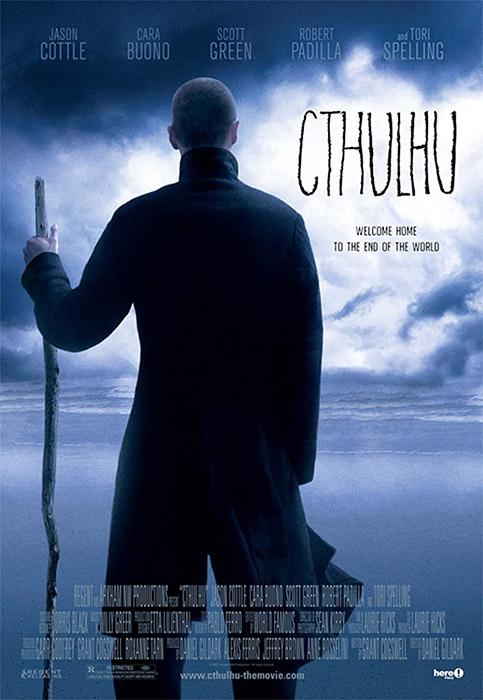 Although it goes by the moniker of a beach thriller, The Shadow Over Innsmouth, written by Dan Gildark, is actually an adaptation of a novel (which is something of a running theme with these movies). Cthulhu is an astonishingly sophisticated and sincere translation of one of Lovecraft’s most renowned stories, despite its many compromises with the original.

Cthulhu is a must-see for aficionados of Lovecraftian tales, but the film’s low production value ruins what should have been one of the most powerful depictions of the Mythos in cinema. 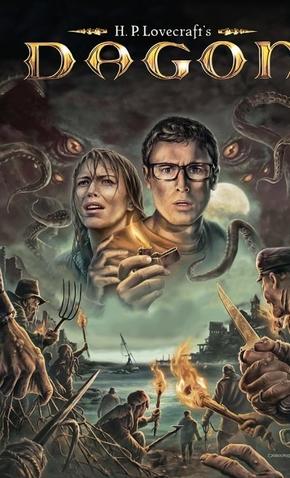 “Dagon” is a misnomer; it’s a reimagining of The Shadow Over Innsmouth by Stuart Gordon. It’s the most faithful adaptation yet, despite the changed scenario and schlocky tendencies, but the low budget once again leaves a lot to be desired. If only the digital effects had been improved, the movie would have been far better (not to mention the final reveal of the titular monster).

Dagon, on the other hand, is a genuine adrenaline rush, thanks to its dramatic chases and stunning practical effects. My personal favorite Cthulhu-Mythos-inspired film, despite its shortcomings.

2: The Call of Cthulhu The H.P. Lovecraft Historical Society’s daring attempt, The Call of Cthulhu, is unquestionably one of the best Lovecraft adaptations. It was directed by Andrew Leman in the style of 1920s silent cinema, with expressionist elements and brilliant Claymation effects, making it a very unique piece.

As a film adaptation of Lovecraft’s novel, The Call of Cthulhu, the film is a masterful recreation of how it might have been if the author had received the big-budget treatment when he was still living. However, cinema and literature fans alike are sure to appreciate this throwback adventure.

1: Call of Cthulhu: Dark Corners of the Earth Aside from the fact that this isn’t a film at all, it is a video game from 2005. Still, it’s the best Cthulhu Mythos adaptation to date, in my opinion. Lovecraft’s twisted imagination is brought to life in a hard voyage through A Shadow Out of Time, Cthulhu Call of Cthulhu, Dagon, and The Shadow Over Innsmouth.

The game delves deeper into the mythos’ reoccurring themes of madness and dread of the unknown than any non-interactive rendition to date, thanks in large part to inspiration from the namesake Tabletop RPG. From the creepy soundtrack to the creative level design to the sights taken straight from Lovecraft’s stories, there’s plenty to enjoy in this eerie adventure.

It’s comforting to know that a whole new Call of Cthulhu game is in the works, and should be released later this year. Whether or not it can improve on this horrifying vision of cosmic terror is yet to be seen, but until then, this is a must-play for all horror fans in general.

When he’s not writing or filming, Luiz spends much of his time watching and ranting about movies he hasn’t seen.