Recent years have seen a surge in popularity for Russian filmmaking thanks to its raw energy and imaginative ability. Beautifully shot contemporary masterpieces provide remarkable glimpses into the condition of the current Russian state and the substance of its culture, ranging from art house films and independent docu-films to mainstream blockbusters. Our list of 10 must-see Russian films proves the country’s filmmaking prowess is undeniable, and it’s only getting better. Sergei Kotov, the patriarch of an affluent family in Stalinist Russia, is played by Nikita Mikhalkov, the film’s director and actor. Burnt by the Sun begins with the revolutionary’s idyll in the countryside, where he and his young family are spending a pleasant summer, far from the dreadful conflicts and purges of the times. In 1994, the film was awarded the Academy Award for Best Foreign Language Film, making it the first film to win this honor.

Brother is Russia’s take on the gangster film, with strong ties to the American genre. One of the most groundbreaking films in Russian cinema, it depicts the harsh reality in Russia following Soviet Union’s demise and lawlessness engulfing enormous country’s criminal underworld. This is a must-see if you want to get a sense of what life is like in St. Petersburg’s underbelly. The Barber of Siberia, which premiered at the Cannes Film Festival in 1999, was co-produced by Mikhalkov and Seydoux. The story is told in the form of a flashback by an American woman as she recalls her trip to Moscow during the Tsarist period. In the end, this is a wonderful costume drama about the tragedy of love and the human condition, despite individual transgressions and the severity of the surrounding Siberian terrain.

Alexander Sokurov’s Russian Ark is his most ambitious project ever. Condensed three centuries of history into a single uninterrupted 96-minute shot, the historical drama was shot entirely in St. Petersburg’s Winter Palace. An astonishing cinematic feat, Russian Ark blends an experience of a museum trip with the history of Russia and the richness of Russian performing arts. 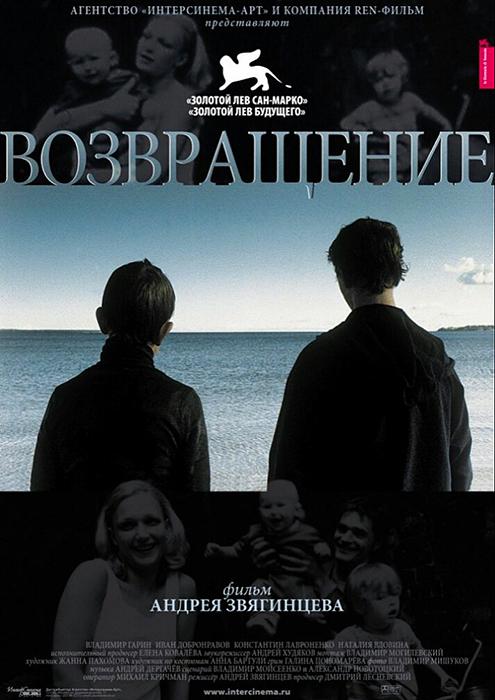 Two young brothers start off on an adventure with their father in the distant wilderness of contemporary Russia. For many years, the boys’ sole contact with him was through a photograph in their mother’s possession. When he reappears after a 12-year absence, they embark on a fishing excursion that ends in disaster. Andrey Zvyagintsev’s sophisticated Russian cinematography shines through in this psychological thriller, which is both unnerving and compelling.

Night Watch is a sci-fi thriller set in present-day Moscow that uses cutting-edge computer graphics to explore themes of light and gloom. Horror film Timur Bekmambetov is set in the backstreets of the city, in abandoned warehouses and grungy subway stations, where vampires, changelings and urban heroes all come to life. Viewers can expect to be kept on the edge of their seats as they try to piece together the jigsaw puzzle that is unfolding in front of them. The Island, a stunning depiction of a Russian Orthodox monastery on the shores of the White Sea, closed the 2006 Venice Film Festival. Father Anatoly’s spiritual progress and odd behavior are featured in this masterwork, which both frightens and inspires the notion that he has the ability to heal and predict the future.

It all worked out in the end This Summer follows a teenage intern named Pavel who is spending the summer with a cranky professional meteorologist named Sergei on a remote island in the Arctic Ocean. At the 60th Berlin International Picture Festival, Alexei Popogrebsky’s film was rightfully nominated for a Golden Bear for its status as one the most intriguing films of the last two decades. “Hard to Be a God,” Alexei German’s posthumous science fiction film, depicts a medieval nation in outer space. This is a film unlike any other that has been in the works for more than 30 years. German’s unique storytelling style is on full display in this acclaimed film that is both visually and philosophically rich. It raises problems about global hierarchy and the fundamental dilemma: what would you do if you were God?

The Postman’s White Nights, a film by Andrei Konchalovsky, is one of the best of 2014. The film is set in a remote village in the extreme north of Russia, and it offers a glimpse into the hard life of those who live there. Konchalovsky’s picture is one of Russia’s most ephemeral additions to the country’s contemporary filmmaking scene. Both the Golden Globes and the Academy Awards recognized Andrey Zvyagintsev for his 2014 picture Leviathan, which gained both critical and popular acclaim.