In recent years, the role of the celestial angel has been frequently dramatized on the big screen. We’ve rounded up a few of the most famous movie angels.

The heavenly angel has long been a popular movie character, dating all the way back to 1935.

I Married an Angel, Here Comes Mr. Jordan, and A Guy Named Joe in the 1940s were some of the first examples of an angel taking center stage in a Hollywood film picture.

Moviegoers have been treated to an array of angels during the past seven decades. Some have good intentions, while others have dark tendencies that they use to amass unimaginable wealth and power. They’ve been exiled from heaven because of their bad behavior. Loki and Bartleby are two of them. A clerical loophole is used by the two angels, who are unable to bear to leave the golden gates forever.

Fallen’s Azazel, the malevolent fallen angel, is made noteworthy by his amorphous essence and his ability to shift into different bodies at the slightest provocation. Suddenly, the evil entity is inhabiting the body of a serial killer and the next, a common housecat. 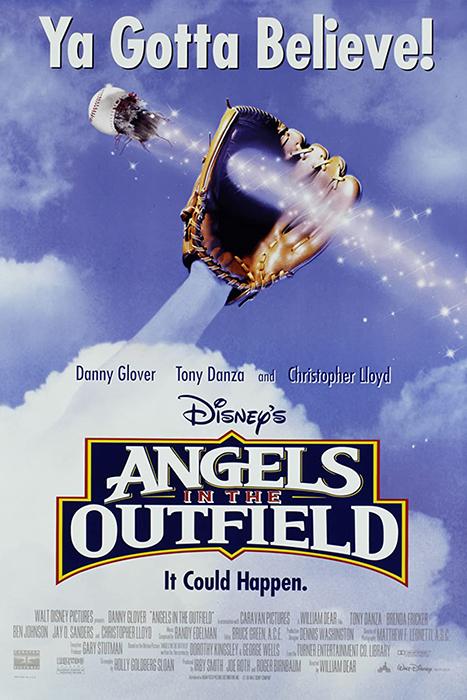 Al the Boss is brought to life by Christopher Lloyd in the remake of the 1951 feel-good movie Angels in the Outfield. Al’s first order of business is to help a young baseball fan fulfill a lifelong goal.

Roger Bowman (Joseph Gordon-Levitt), a 12-year-old child who recently lost his mother, is the protagonist of the film. If Roger’s beloved California Angels baseball team wins the division, he’ll grant his wish to start a new family. When Al and his angelic pals show up to help the baseball club, Roger’s request is granted.

Tilda Swinton, the Oscar-winning actress, is well-known for her ability to transform into whatever character she plays. In the 2005 dark fantasy picture Constantine, Tilda Swinton plays Gabriel, one of the most memorable cinematic angels ever seen on the big screen.

A demon hunter and paranormal expert, Keanu Reeves plays John Constantine, the man tasked with solving the mystery of Isabella Dodson’s unexplained death. As part of his inquiry, John encounters Gabriel, an evil half-breed archangel who intends to unleash a demon army on the world. Heaven Can Wait is a rough remake of the 1941 film Here Comes Mr. Jordan, based on a theatrical play by Harry Segall. An angel known as The Escort gives Warren Beatty a second chance at life in the 1978 film version of the story.

Beatty portrays Los Angeles Rams quarterback Joe Pendelton. This happens when Joe is killed by an overzealous angel and reincarnated into another human body before his time is up. Remake of Heaven Can Wait as Down to Earth in 2000.

Christopher Walken’s portrayal of Gabriel in The Prophecy is one of the most frightening fallen angels ever seen on film. Because Walken reprised his character twice, the role is even more remarkable.

On the trail of LAPD homicide detective Thomas Dagget, The Prophecy follows his investigation into a bizarre ritualistic murder that is taking place somewhere in Los Angeles. Dagget uncovers a biblical prophecy manifesting on Earth headed by the demonic Gabriel (Walken), a power-hungry fallen angel with fatal purpose, as he goes deeper into the case. The 1943 film A Guy Named Joe is the inspiration for Steven Spielberg’s heartfelt feature Always. A pilot who dies in a plane crash and is resurrected as an angelic force of goodness is played by Richard Dreyfuss in the 1989 remake.

Al (John Goodman), Pete’s best friend and fellow pilot, is told that he has a new mission in life: to help Al fall in love with his shattered girlfriend, Dorinda (Julianne Moore) (Holly Hunter).

Remade in 1996 with Denzel Washington in the lead role, Carey Grant stars as one of the most benevolent and good-hearted angels in movie history, The Bishop’s Wife.

To help Bishop Henry Brougham (David Niven) and his wife Julia (Loretta Young) acquire money to create a perfect new church, Grant portrays Dudley, a lovely and stylish angel. Henry, on the other hand, sees Dudley’s assistance as a plan to replace him and take Julia away from him. One of the greatest movies ever made, Wim Wenders’ Wings of Desire was adapted as City of Angels in 1998. The story revolves around angels who wish to be everlasting because of the intrinsic beauty of eternal life.

Human children and others like them are the only ones who see the angels Cassiel (Otto Sander) and Damiel (Bruno Ganz) as they stroll the streets of Berlin. Damiel develops feelings for a human mortal over time and desires to experience what it is like to be a human.

On IMDB’s Top 250 Movies Of All Time, It’s a Wonderful Life is now ranked at number 24, making it the most life-affirming film ever filmed.

Clarence Odbody (Henry Travers) gives George Bailey (James Stewart) a glimpse into the lives of his closest friends and family if he had never been born in the holiday classic. In the light of George’s newfound enthusiasm for life, the impact he has had on the lives of others is brought into sharp perspective.