Surf movies open our eyes to the possibilities of living the dream, discovering new surf areas, catching infinite waves, learning about different cultures, and embracing the surfing way of life.

They all have a few things in common: a sense of liberation, dreamy blue and dreamy waves, surfing excursions and unending joy. In other words, surfers are interested in what they find visually appealing.

One of the earliest examples of surfing in a film was made by Thomas Edison. At Waikiki Beach in Honolulu, Hawaii, in 1906, the American inventor captured a dozen surfers riding small offshore rollers.

However, that was just the start. Since then, the sport has grown in popularity in Hawaii and the West Coast of the United States, and surf culture has begun to take root.

Surf movies have their roots in California, for obvious reasons. Because a 16mm camera cost $50 or less in the early 1950s, a lot of young surf artists decided to give it a shot.

When surfing became popular on the mainland United States, independent filmmakers decided to explore the connection between an outdoor lifestyle, nature, and the sense of freedom that surfing afforded.

He was one of the first surf film directors. “Hawaiian Surfing Movie” was his first commercial picture, released in 1953. He began photographing the curl in the 1940s while on vacation in Hawaii.

Browne charged 65 cents for 45 minutes at John Adams Junior High School in Santa Monica, California, and he had 500 people seeing his debut work.

In addition to impressing the audience, his first film opened up a whole new universe of business possibilities for the film industry.

The response was immediate. Gidget” is the next beach party film to come out of Hollywood six years after “Hawaiian Surfing Movie.”

In terms of box office receipts, the film was a huge success.

They were experimenting with the format at the time by combining brief action sequences and short interviews with feel-good and comic routines.

The 1960s and 1970s were a time when fresh ideas and new filmmaking techniques were introduced to the industry. In addition to Walt Phillips and Paul Witzig, well-known non-surfers such as Alby Falzon, Steve Soderberg, and Jack McCoy helped popularize the sport.

This trend was maintained by Taylor Steele and Chris Malloy in subsequent years, with new technology, modern perspectives, and previously unknown filming angles.

If you want to make a surfing movie that will be talked about for years to come, you’ll need more than simply the best conditions and the best surfers.

The best way to get our salty blood going when the ocean is flat or when we need a little more adrenaline is to pick up our favorite surf movie and become inspired.

It was SurferToday’s job to put together a list of the best surfing films. All of these elements, as well as the spirit of the surfers, are constantly present in these videos.

We’ve assembled the best surf movies for your viewing pleasure. In order of release date, the following surf films are listed below: It is widely considered to be one of the most significant surf films of all time.

A surfing vacation across the world begins with Mike Hynson and Robert August. From Tahiti to Hawaii to Senegal to Ghana to South Africa they traveled the world. As directed by Bruce Brown.

New South Wales and California are explored by surfers such as Ted Spencer and Baddy Treloar as well as Chris Brock, Gary Keys, Russell Hughes, and others. Perspective on the shortboard revolution from the ground up. George Greenough is the director. One of surfing’s most recognizable films. To convey the spiritual connection between surfing and the natural world in the video, it was shot in Australia, Bali, as well as Hawaii. It’s an incredible soundtrack, to say the least. Albert Falzon directed this film.

David Nuuhiwa, Eddie Aikau, Gerry Lopez, and Sam Hawk feature in this legendary classic Colorful and action-packed, this surf movie is the outcome of a high-quality production. The Beach Boys and Honk are among the artists featured on the soundtrack. a film directed by Jim Freeman and Greg MacGillivray A significant film in the history of surfing. With a waterproof housing fastened to his back, George Greenough rides the barrel as the camera follows. Music from Pink Floyd is included in the movie. David Elfick is the director of this film.

A group of three friends, Jan-Michael Vincent, William Katt and Gary Busey, make the difficult transition from childhood to adulthood. But in 1974, the “Great Swell” pulls them together. John Milius directed this film.

A favorite surf film of Kelly Slater’s is this one. Glen Winton, Mark Occhilupo, Ronnie Burns, Simon Law, and Tom Curren are among the surfers featured in the film, which was shot on Bali, Indonesia; Australia; Mexico; and California. Chris Bystrom directed this film. A professional surfer is Rick Kane’s ultimate goal. He follows his heart and leaves Arizona for the North Shore of Oahu. They include Shaun Tomson, Mark Occhilupo, Derek Ho and Ken Bradshaw in addition to a number of other professional surfers. William Phelps directed the film.

One of surfing’s most popular films. Several bank robberies committed by a gang of surfers led by Bodhi are investigated by FBI Agent Johnny Utah (Keanu Reeves) (Patrick Swayze). Kathryn Bigelow is the director of this film.

Pat O’Connell and Robert “Wingnut” Weaver return to the places where Mike Hynson and Robert August were happy in the 1960s in a clever sequel. They keep the audience laughing. As directed by Bruce Brown. The film is a tribute to longboard wave riding, shot entirely in 16mm. Many of today’s most talented longboarders, including Kassia Meador and Dane Peterson, as well as special guest riders Skip Frye and Donald Takayama prove that longboarding is alive and well. Thomas Campbell is the director of this film.

A full-throttle surf movie pays tribute to an Australian surfing great. Surfers throughout the world were motivated by Mark Occhilupo’s comeback to win the 1999 World Surfing Championships. Jack McCoy directed this film.

Some of the world’s most famous surfers spend the better part of a year searching for the world’s best waves. Each shot is a visual treat, and the film as a whole captures the elements in a new light. Jack Johnson, Emmett Malloy, and Chris Malloy are the three directors of this film. It’s a free surfing vacation for Kelly Slater and his mates on the beaches of Sumatra. Waves are perfect in the Mentawais, where they arrive. Bodysurfing and river surfing are also shown in the film. Jack Johnson is the director.

One of the most iconic scenes in the film is when Mike Parsons braves a massive wave at Jaws, Maui. As one of the most popular surf films of the 21st century, “The Big One” features Brad Gerlach, Flea Virostko, Barney Barron, Layne Beachley. Philip Boston directed this film. 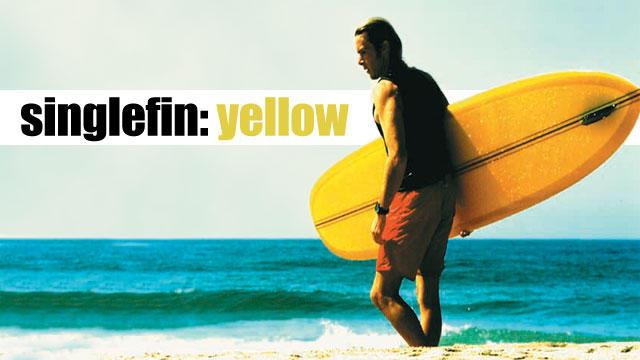 a film that truly captures surfing’s essence. When Tyler Hatzikian designs his longboard, he sends it to pals all over the world. Australia, Japan, California and Hawaii are among the destinations the board visits. Jason Baffa is the director of this film.

With a budget of $2.5 million, “The Endless Summer’s” Bruce Brown’s son is making waves in the surf film industry. In addition to Pipeline, Cortes Bank, and Vietnam, the film was shot in these three locations. Film stars Layne Beachley and Taj Burrow are among those featured in the feature-length documentary. Dana Brown is the director of this film.

Surfer Andy Irons was confirmed as one of the greatest surfers of all time, while Dave Rastovich was presented to the world in the film. Stunning angles and deep blue barrels are guaranteed. Jack McCoy directed this film. 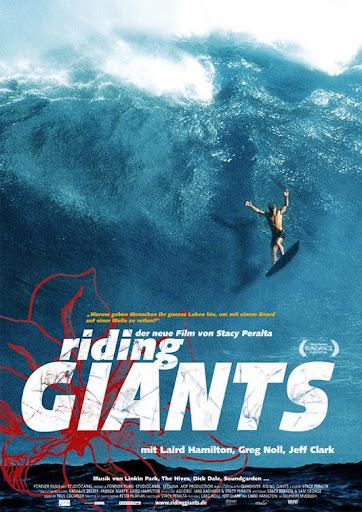 Featuring professional skateboarders Stacy Peralta and Greg Noll, as well as surfers Laird Hamilton, Jeff Clark and Mickey Munoz, the film is narrated by Peralta. The 101-minute film, on the other hand, chronicles the sport’s development across time. Stacy Peralta directed this film.

The Bra Boys, a Maroubra surf gang, are the subject of a documentary. Narrated by Russell Crowe, the film tells the story of three brothers who were heavily embroiled in incidents of violence in a Sydney neighbourhood throughout the 1990s. The Abberton brothers are three surfing boys. Macario De Souza and Sunny Abberton directed the film’s production. Stunning music and secret surfing spots make this film a masterpiece. Dane Reynolds in Iceland, Rob Machado in Peru, Dave Rastovich in India, and Jordy Smith in Africa are some of the people you should keep an eye on. Taylor Steele is behind the camera.