Some of the finest movies like The Lion King and Frankenstein are just barely over the one-hour mark.

According to screenwriting.io, the American Film Institute states that a feature film is anything over 40 minutes long. While creative and compelling movies likeGone With The Wind, The Ten Commandments,andThe Lord of the Ringshave all significantly eclipsed that milestone by the hour, other films work don’t need that much time to be successful. Indeed, some of the greatest films ever made have a running time of less than a half-hour.

There are hundreds of movies that convey amazing storylines across a number of genres without being overlong. From famous animation masterpieces to hard-hitting tragedies, these movies don’t have to spend hours keeping the audience enthralled. Based on the play by Reginald Rose, this legendary courtroom drama clocks in at under 96 minutes, yet it remains one of thegreatest courtroom dramas put to cinema. When a young adolescent is accused of first-degree murder, his destiny lays in the hands of twelve divided jurors who must decide his guilt or innocence.

A excellent way to describe this film is “guilty until proven innocent.” The suspense is intense, the acting great, and the tale is timeless. It’s been restaged, redone, refilmed, and reinterpreted time and time again, cementing it in the worlds of both film and stage as a classic chamber drama.

If there’s one Christmas movie that arguably everyone has seen and appreciated, it’sMiracle on 34th Street.

What begins asan uplifting, feel-good film suddenly changes into a courtroom thriller as a department store Santa and his lawyer must establish real identity or face imprisonment for fraud.

Even though the movie only lasts 96 minutes, it’s easy to get sucked into the plot and the holiday cheer each time you see it in December. The film is one of the earliest Christmas classics and is usually shown alongside A Christmas Story and It’s a Wonderful Life on the holiday circuit. 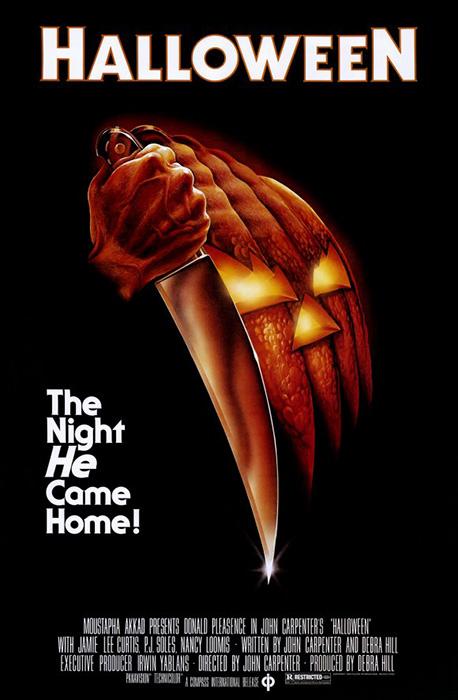 Michael Myers was able to terrify audiences with just a white Shatner mask and a sharp knife before the horror genre was flooded with blood and gore. The groundwork for a new type of horror film was laid in this frightful thriller that featured babysitters, trick-or-treaters, and a masked psychopath.

Even though the movie is only an hour and a half long, it nevertheless manages to terrify audiences. It was Carpenter’s breakout slasher that not only made him and his characters a household name, but it also helped mold the genre as we know it to this day. In the absence of Michael Myers, Jason Vorhees, Freddy Krueger, and Ghostface would not exist.

An early version of The Body by Stephen King was used as the basis for this film, which depicts the camaraderie between four high school students from a small town in the late 1950s as they search for the body of a kid who went missing.

It was a significant picture of the 1980s, and many of the performers who starred in it went on to have successful careers.

In spite of its little running time of 89 minutes, Stand By Mehas established itself as a classic of the modern day.

For example, The Sandlot and Stranger Things both have adolescent characters and themes that can be seen in later works of media. In 1979, Mel Gibson starred in Mad Max, a film about a man who sets out on a journey across a desolate wasteland. The originalMad Max was quick to keep things rolling thanks to its adrenaline, motorcycles, and car chases.

The picture, which has a running time of 88 minutes, does not waste any time getting to the action. Despite its relative blandness in comparison to the rest of the series, the first film in the franchise nonetheless exudes a sense of cult cinema. A new sub-genre, post-apocalyptic action movies, was established by the film, which will continue with the following film in the series, Furiosa.

Disney royalty Simba’s story of exile and redemption has been one of the studio’s greatest ever since it appeared in 1993. There are few animated films that offer as much grandeur asThe Lion King.

The Lion King is widely regarded as one of the greatest animated films of all time, and it has since become a permanent part of Disney’s repertoire. When it first came out, it was met with a lot of criticism because of its lack of originality. A story involving espionage, British military secrets, and underground spy rings necessitated that The 39 Steps use its time efficiently to keep the audience on their toes.

The film is barely 86 minutes long while being one of the most tightly structured spy films ever made. For a film by Alfred Hitchcock, The 39 Steps, which has already been adapted twice and is due for a Netflix series starring Benedict Cumberbatch in 2022, a short run time might seem odd. Hitchcock fans love The 39 Steps, even if it isn’t as popular as some of his other classics like Rear Window.

The exploits of Hogarth and his enormous mechanical friend, which were undervalued and underappreciated at the time of their premiere, have made a lasting influence on audiences throughout the years. The picture has a unique combination of heartwarming characters, a lighthearted tone, and an anti-violence message that makes it distinctive.

With barely a few minutes to spare, Brad Bird’s poignant story of an amnesiac alien robot that crash-lands on Earth tugs at the heartstrings. The film is only 86 minutes long, but it packs an emotional punch that most films take nearly two hours to accomplish. In the wake of Hayao Miyazaki’s fairy tale about the folklore of the forest, many anime fans have been sucked into the world of the medium. Although some of the dubbing performances can be a touch iffy, the characters and the principal actors shine through and are unforgettable.

My Neighbor Totoro is an 86-minute animated children’s film with a mature and emotional narrative. Totoro’s woodland has millions of fans who would love to take a trip through “Cottagecore” at its finest.

When compared to later films, it may appear small, but seeing Dr. Frankenstein experiment in his lab, develop a monster that escaped and unleashed mayhem on his wedding day, and destroy a windmill was actually a remarkable achievement for an early 1930s film. Karlof or DeNiro, the classic story never goes out of style.

The original Frankenstein was revolutionary for Depression-era audiences when it initially aired. It wasn’t just a typical late-night screening of a monster movie or creature feature. As a result, it was a horror story, a morality tale, and a thought-provoking piece of film in a short 70 minutes.