The mind-twisting abilities of Christopher Nolan, as demonstrated in Interstellar, have made him a popular filmmaker. We’ve compiled a list of 20 more mind-bending films.

Nolan’s ability to play with the viewer’s imagination is due in part to a great appreciation for plot as well as a smart directing brain. The sci-fi epic Interstellar was one of his best, but it couldn’t compete with his earlier films, or the work of other directors with similar ambitions, when it came to the kind of mind-bending twists and turns that characterize his best work.

Interstellar aficionados, on the other hand, may be interested in these other films, especially if they’d want to increase the mental intensity.

So many locations and time periods can be explored in science fiction, fantasy, and psychological thriller films that the options for storylines are practically limitless. Moreover, they provide a platform for the exploration of highly difficult philosophical ideas as well as visually stunning themes. For fans of Interstellar, we’ve added a few more movies to this list, which includes additional horizon-expanding stories with mind-boggling twists and turns. Fans of Christopher Nolan’s epic size and attention to detail should enjoy and be impressed by these films, which range from overlooked blockbusters to the most accomplished indies. Darren Aronofsky’s romantic drama follows Hugh Jackman’s protagonist as he travels through time, space, and stories within stories in a breathtaking and heartbreaking journey.

When it comes to the story of The Fountain, Matthew Libatique’s stunning cinematography is a big part of what makes it work so well. It’s part adventure, part contemporary weepy about marriage and illness, and part arthouse sci-fi about a haunted monk delivering a tree to the heart of a dying star. The Fountain is an engrossing film that’s hard to put down.

In order to figure out who the bomber is and where they would attack next, an Amry captain is compelled to replay the closing seconds of a terrorist bombing on a train over and over again using a weird technology that generates a form of virtual reality.

The main character, played by Jake Gyllenhaal, begins to believe that he can change the outcome of the tragedy through a series of imaginative reenactments. 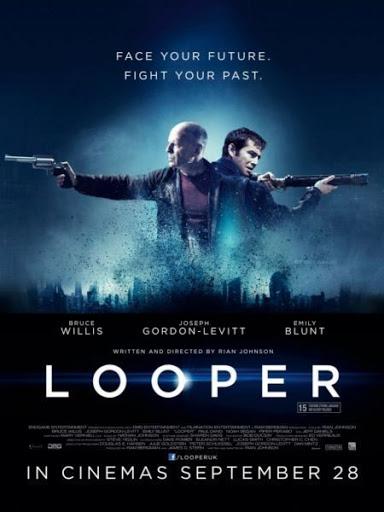 Before tackling the Star Wars universe with The Last Jedi, Rian Johnson made the time travel thriller Looper, which is widely regarded as the superior film.

Neither Bruce Willis nor Joseph Gordon-Levitt will be able to escape the clutches of the mob or each other when Willis’ elder self is transported back in time to kill him. As with The Last Jediand Knives Out, Looper is a fast-paced trip that requires the audience to use their head.

All of the amazing cast’s reborn lives play out throughout multiple historical periods, and their themes are just as enormous as their effects and casting.

Blader Runner, Denis Villeneuve’s long overdue follow-up to Ridley Scott’s seminal sci-fi classic, has been hailed by reviewers and audiences alike for its quality and originality.

This dystopian detective story stars Ryan Gosling as a synthetic executioner on the hunt for a synthetic-human hybrid who threatens the future hierarchy’s world order. Whether or not you were a fan of Interstellar, Blade Runner 2049’s Oscar-winning visual effects and cinematography, as well as its deep explorations of emotion and spirituality, will make it a must-see for any sci-fi aficionado. Christopher Nolan’s classic Memento was released before he had access to some of Hollywood’s largest budgets. In order to locate the person responsible for his wife’s murder, a man who is unable to develop new memories is the focus of this thriller.

Because of the way Nolan delivers the story, audiences are left wondering about it for hours: sequences change between color and black and white, with the color scenes showing the story in chronological order from the start and the black and white scenes working backward. It’s a lot of work, but the result is enormous.

For someone most recognized for his time as a member of Monty Python, Terry Gilliam’s 12Monkeys is a sci-fi time travel masterpiece that certainly influenced Looper, amongst many other movies.

To begin with, the time shifts are difficult enough, but when the main character’s memories don’t stay consistent, it becomes even more difficult to position everyone at the appropriate time and place.

Shocking visual flare is brought to bear by filmmaker Tarsem Singh in this sci-fi horror film about the hunt for a serial killer’s latest victim, who must travel into the killer’s own mind to find out where he’s placed his current victim.

Interstellar’s most discriminating sci-fi fans should be able to enjoy the bizarre and fantastical images shown in the world of the subconscious, and the central notion should feel familiar to those who enjoy Christopher Nolan’s films. Martin Scorsese made a triumphant comeback to the thriller genre with Shutter Island, possibly his most difficult project to date. As a detective on the titular island, Leonard DiCaprio assumes the starring role in this film.

Make a point of noting the little hints and clues that will take you to a remarkable plot shock.

With Interstellar, Christopher Nolan returned to the sci-fi genre with a time-traveling thriller about spies and supervillains in a more realistic setting.

This film’s massive set pieces can be a bit overpowering at times due to the fact that certain individuals and items move in the opposite direction of time. However, if the spectator simply relies in Nolan’s storytelling prowess, Interstellar is as enjoyable and moving as ever.

As one of the most mind-boggling films of all time, The Matrix takes the phrase “it was all a dream” to an entirely new level.

To be sure, ‘bullet time’ is a standout feature of the Wachowskis’ debut effort. 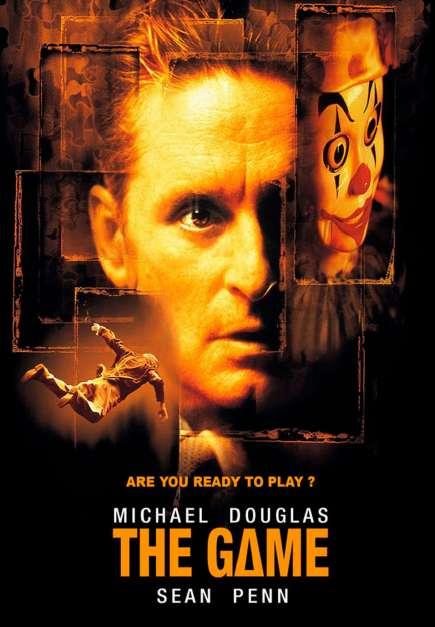 The Game is one of David Fincher’s most underappreciated works to date, and he’s notorious for playing with his audience.

A strange and life-threatening plot draws Michael Douglas’ investment banker into the bizarre ‘game,’ which is designed to amuse the super-wealthy. He struggles to discern between what is genuine and what is artificial.

In M. Night Shyamalan’s psychological horror-thriller, a deranged killer at war with his own multiple personalities, the film explores the depths of his psyche.

Featuring an outstanding lead performance by James McAvoy, Split delves into some significant themes through yet another deconstruction of a popular genre by the writer/director, and, like Christopher Nolan before him, pays homage to Alfred Hitchcock and his ‘Master of Suspense’ style and techniques.

In addition to 12 Monkeys, Terry Gilliam, the genius former Monty Python member behind Brazil, has made another masterpiece picture. A dejected guy embarks on a quest to discover the woman he dreams about in a world reminiscent of Orwell’s surrealist novel “1984”.

Brazil is frequently cited as one of the best science fiction films ever created, and the film’s final act, in particular, leaves a lasting impression on viewers. A world in which the minds of others can be penetrated via dreams, Dom Cobb is entrusted with implanting a notion into the target’s subconscious.

Inception, Christopher Nolan’s most ambitious picture to date, took up a slew of Oscars, but it came up short in the race for Best Picture.

With no recollection of who he is or how he ended up in a city of permanent nighttime, a man awakens in a bathtub with a group of unearthly figures at his side.

With its magnificent cinematography and designs that create an equally creepy and intriguing atmosphere, Dark City, a cult classic from the 1990s, has only become better with time.

As soon as Christopher Nolan started working on the third Batman film, his mind-boggling look at magic and technology is hard to turn away from.

Jackman and Bale shine as two competing illusionists, and the twist conclusion is one of Christopher Nolan’s most memorable scenes. If Shane Carruth’s sci-fi film had the same budget as Interstellar, it would have barely paid the cost of the catering for that film.

A time machine is unintentionally invented by two young and ambitious entrepreneurs operating out of their own little firm in a suburban garage. As bizarre as the concept may sound, Primer is a maze-like indie thriller with just as much staying power as the largest studio-made blockbusters.

Despite focused on the extremities of sci-fi technology, the film still looks stunning.

Clearly one of the most significant effects on the overall look and feel of Interstellar, this epic tale spans from prehistory to humanity’s search for purpose in space in the twenty-first century. 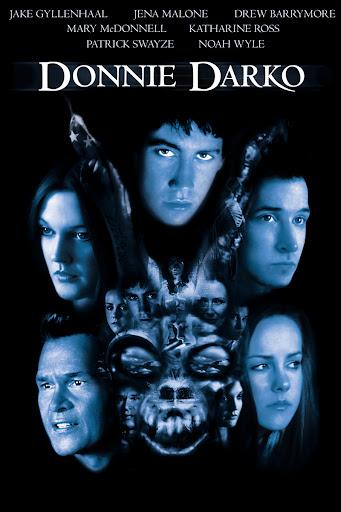 Donnie Darko, directed by Richard Kelly, features several scary moments that make it feel like a horror movie as much as a sci-fi thriller.

In the wake of a series of apocalyptic visions, strange phenomena such as vortexes, time travel, and dream manipulations emerge. In spite of its mediocre box office results, the movie has earned its status as a cult classic.