This week, we’ve compiled a list of the top 10 Funimation Horror Anime.

The licensing of horror anime has always generated the most buzz and debate. While the supernatural is one part of the genre, human-centered thrillers are also a part of it. The film is most likely to feature a lot of gory and scream-inducing moments, as well as some somewhat violent scenes.

Crunchyroll and Funimation, two of the most popular anime streaming services, try their hardest to keep horror anime available in places where it is illegal. Funimation’s acquisition of Crunchyroll for almost $1 billion, on the other hand, means that things are about to change.

While it’s unclear what this implies for availability, there’s a chance we could see a bigger collection of anime. So, without further ado, here are Funimation’s top 10 most terrifying horror anime, as determined by their MAL scores. The plot revolves around the terrible murder of Makina Hoshimura and her family. A Shikabane Hime or Corpse Princess is what she becomes as a result of this.

When the Kougon Cult gets in touch with her, she chooses to seek vengeance on the undead group that killed her. Keisei Tagami, a priest and a friend whose brother, Ouri, has an odd attraction to death, is there to help her out.

Keiichi Maebara eventually settles in a little mountain town named Hinamizawa. Here he joins Rika Furude’s group of friends and spends the most of his time there.

He does, however, begin to observe the town’s strange happenings and behavior. While trying to fix them, he unearths the town’s darker secrets in the process. An immortal private detective named Rin Asougi is the subject of numerous assassination attempts because of her longevity. Every time she’s attacked throughout the years, she’s started from scratch with the same work.

In contrast, when she encounters Kouki Maeno, who claims that his memories are jumbled, she finds oddities. Her foes are far closer than she thinks at this point. In order to maintain her immortality, she must step carefully.

War has broken out between vampires and the remaining humans in a post-apocalyptic world. It is for this reason that special allies are hired by the Vatican to safeguard the human race.

As a member of the special operation group “Ax,” Peter Abel Nightroad serves as a priest. As Abel and Sister Esther work together, they are confronted by evil powers lurking in the shadows. 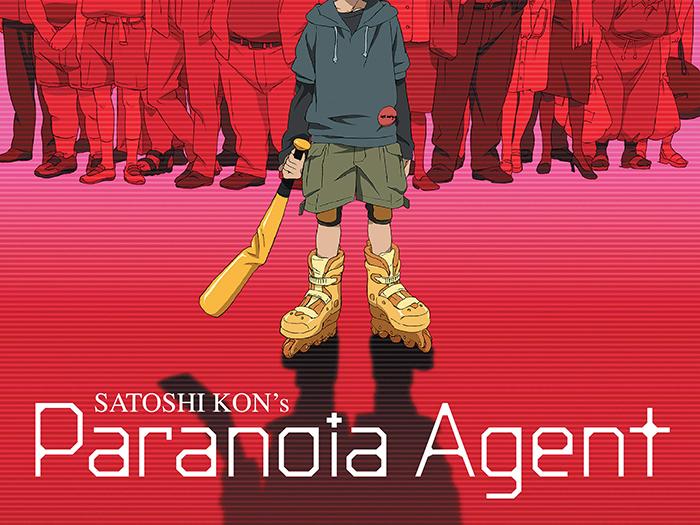 An assailant known as Shounen Bat is terrorizing Musashino City, Japan, at the time of the story. Attacks are delivered with a golden bat by a man on rollerblades.

In order to bring this rogue individual to justice, Detectives Keiichi Ikara and Mitsuhiro Maniwa are on the case. When paranoia in the community develops, and more people die, things get more complicated. They also appear to be perpetually behind schedule.

Taniyama Mai, a high school student, is a big fan of ghost stories. As a result, she can’t help but be curious as she drives by an abandoned school.

As a result, she inadvertently interferes with a psychic inquiry. Shibuya Kazuya, the CEO of the Psychic Research Company, demands that she replace his injured assistant as a form of punishment.

She is now compelled to learn everything she can about the paranormal by becoming a professional ghost hunter. Plot – Humans are no longer safe in Tokyo on their own. This is due to the fact that ghouls disguised as humans are roaming the streets at all hours of the day.

Most individuals are aware of the fact that these ghouls appear just like them. When a date goes horribly wrong, Ken Kaneki, despite his loathing of them, finds himself one of them.

As a result of his decision to side with humans, he is now forced to engage in combat with people on the opposing side.

In the beginning of the story, Lain Iwakura is a teenager with an abnormally low level of technological expertise. While receiving an email from a deceased friend, she finds herself enticed into the virtual world.

Unusual events begin to occur in her life when she is drawn into the world known as ‘The Wired’ Things aren’t always as they appear, and she finds that her self-image is a little warped. During the invasion of Earth, parasitic aliens take over the human brain. Once they’ve found a suitable host, they’ll be able to experiment with their own bodies to develop new kinds of superhumans.

The parasite, however, can only be found on Shinichi Izumi’s right hand after he is hit by one of them. The fact that he was able to escape the invasion makes him a target for other members of his species. As a result, he is now engaged in a struggle for his own existence as well as the eradication of the alien threat.

Disruptive supernatural powers are wiped out by the Hellsing organization, which is based in the United Kingdom. A century-old favor from a vampire lands Integra Fairbrook Wingates Hellsing the job as the organization’s leader.