Due to its release date and the fact that it was made before Jackie Chan was a household name in Hollywood, many people may be unaware of this Jackie Chan film. In ‘The Police Story,’ Chan made his big-screen debut after the disastrous ‘The Protector,’ which was supposed to be his western debut. ‘The Police Story,’ on the other hand, was a great hit and won critical acclaim for its comically raw energy. The story revolves around a Hong Kong police officer who captures a drug boss, but finds himself in hot water after being falsely accused of murder. As a result of the film’s inventive use of humor and the intensity with which it is shot, the action sequences are both thrilling and tremendously enjoyable.

While on a final mission to capture the criminals who are after him, John Woo’s thriller follows a hitman who joins forces with a cop. John Woo, like he always does, takes a tale that doesn’t sound all that exciting and turns it into something that is. Despite the fact that Woo would go on to create better films in Hong Kong and Hollywood, this one holds a particular place in his oeuvre because of its raw emotion and unbridled intensity. European cinema, and French cinema in particular, are well-known in the film community for making excellent art films, so this entry comes as something of a shock. After being captured by an evil drug lord, two guys in ‘District 13’ set out to defuse a neutron bomb. The action sequences in the film are extremely powerful, and they are notable for their depiction of parkour in a number of scenes that were difficult to film and were achieved without the aid of CGI or wires. This is a breath of fresh air in a sea of cliched Hollywood action pictures containing guns and explosions.

With Quentin Tarantino’s approval, this Jackie Chan film is one of the most popular action movies of all time. ‘The Karate Kid’ When Inspector Chan Kwok Wing arrives in China for an undercover operation, his girlfriend is kidnapped, and things quickly spiral out of control. “Supercop” made Chan a global superstar and put him on the international map. Everything about this film is fantastic, from the action to the comedy to the drama. It’s certain to keep you entertained for hours on end. 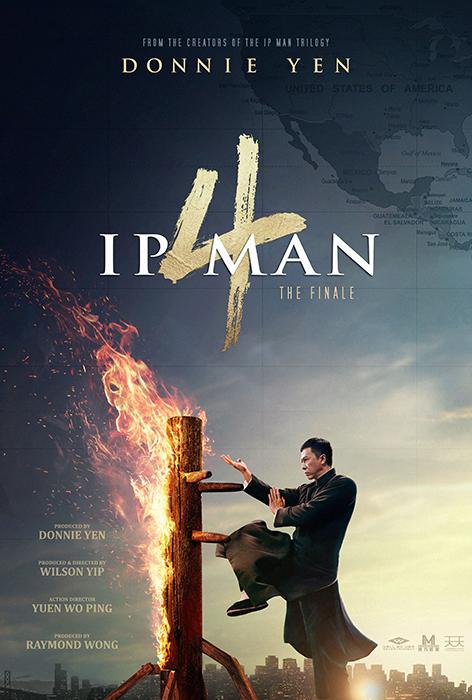 Considering how many martial arts movies Hong Kong has produced, it shouldn’t come as a surprise that the list includes a decent number of them. The film relates the story of Ip Man, a Wing Chun master who reluctantly accepts to train Japanese officers during World War II. The film is based on the life of Yip Man, a master of martial arts and the instructor of Bruce Lee, and is nearly like a biography. I can’t think of a better action film out there right now.

To this day, “Once Upon a Time in China” remains one of the most popular martial arts films of all time. Actor Li portrays a Chinese folk hero who fights for his life against foreign invaders. As a precursor to the martial arts cinema craze that swept the 1990s, the film’s principal themes are profoundly connected to Chinese culture. Tsui Hark’s best work, it’s full of exhilarating action sequences and exudes raw energy, yet it’s also philosophically dense.

Fist of Fury, albeit not one of Bruce Lee’s greatest works, is nonetheless a fantastic piece of action filmmaking. An aspiring martial arts student, who may have been implicated in the unexplained death of his master, is the focus of this film. It’s no surprise that Lee is excellent in the role and dominates the movie with his charisma and charm. Because of its sheer emotional impact, the action sequences in this film are breathtaking. As Lee’s character flies through the air, armed troops fire their weapons at him, this scene has to be one of the most memorable in cinematic history. Chow Youn-fat, Tony Leung Chiu-Wai, and Anthony Wai appear in this high-octane action thriller directed by John Woo in his native China. Police detectives in “Hard Boiled” work together to apprehend an organized crime syndicate. The film’s script is exceptional throughout, and the characters are well-drawn, resulting in a more emotionally-charged encounter. At times, Woo’s command of the camera is breathtakingly brilliant and intensely shot.

To say that “A Better Tomorrow” is one of the greatest Hong Kong films ever made is an understatement. The narrative of two brothers, one a cop and the other a gangster, is told in this film starring Ti lung, Leslie Cheung, and Cho Yun-fat. Iconic characters like Chow Yun-role fat’s have been replicated multiple times by fans and the film pays homage to Martin Scorsese’s “Mean Streets” before the gunfire in the famous entering sequence. As a filmmaker, Luc Besson has an incredible command of the action genre. Instead of getting caught up in his own lofty goals, Besson sticks to the basics of action filmmaking and incorporates his unique visual style to create spectacular cinematic experiences. Nikita often gets overshadowed by Leon: The Professional, the man’s best film, and as a result doesn’t get the recognition it merits. As in Leon, a convict is transformed into an assassin for the government in this picture, which was inspired by the novel of the same name. Anne Parillaud is a joy to watch in the lead role, and her charisma and energy propel the film ahead.

‘Oldboy’ is often categorized as a mystery/thriller, thus this may be an odd option. There are a lot of action scenes in the film, therefore it is clearly classified as a blockbuster. You can’t take your eyes off the screen when Choi Min-sik appears in action scenes that are gruesome and unsettling, but they also have such raw emotional strength that you’re glued to the screen. The first watching of the film, despite the fact that it doesn’t hold up well when rewatched, is nevertheless quite enjoyable and fulfilling on many levels. Thirteen samurai assassins plan to kill Lord Matsudaira Naritsugu of the Akashi clan in this Takashi Milke samurai film. A remake of the 1963 film directed by Elichi Kudo, Takashi Milke’s version surpasses its predecessor on nearly every level. In addition to the fantastic action sequences, Milke’s visual aesthetic is distinctive and ferociously authoritative. Because of its snappy screenplay and spectacular performances throughout, “13 Assassins” almost manages to transcend its genre and come off as an extremely enjoyable action piece that nearly exceeds its genre.

If you’re a fan of adrenaline-pumping action films, ‘The Raid’ should be on your must-see list. Because of how frequently they are produced, action movies tend to be terribly uninspired and infuriatingly formulaic, yet ‘The Raid’ deviates significantly from this trend. The story is well-crafted, and the action parts are flawlessly executed. With astonishing ease and panache, the film accomplishes exactly what it set out to do. ‘Way of the Dragon’ is one of Bruce Lee’s best masterpieces, a delightfully engaging mix of humor, drama, and action. As a filmmaker and a martial artist, he or she is likely to have fully grasped Lee’s vision. After arriving in Rome to assist his family, a man discovers that they are being forced to sell their restaurant because of a mafioso syndicate. Chuck Norris and Bruce Lee’s climactic duel at the Colosseum has made the film an international sensation. Even while he is best recognized in the West for his role in the martial arts film ‘Enter the Dragon,’ it is in this film that he exhibits his complete range as a performer and martial artist.

To be honest, this was a no-brainer. Akira Kurosawa’s genre-defining masterpiece defined the standards for action movies to follow and changed the way we experience it today. Path-breaking in the truest sense. When thieves come to steal their crops, they’ll have to fight their way through the town, commanded by an old-school samurai. The high-octane action sequences in particular made the movie famous for its ground-breaking technical innovations. Critics and audiences alike continue to hail the film as one of cinema’s greatest.