Writers have long used dystopian literature to analyze, comment on, and critique current social concerns through the “What if…” scenario.

There is no denying that the pandemic has had a distinctively dystopian effect on the modern world. It’s safe to say that most people would prefer to avoid living in a world as grim as that shown in anime, despite the fact that not everyone has the money and privileges to do so.

However bad things become in the real world, even if they make for great entertainment and commentary, spectators can only pray that things don’t go as horrible as some of these anime dystopias. 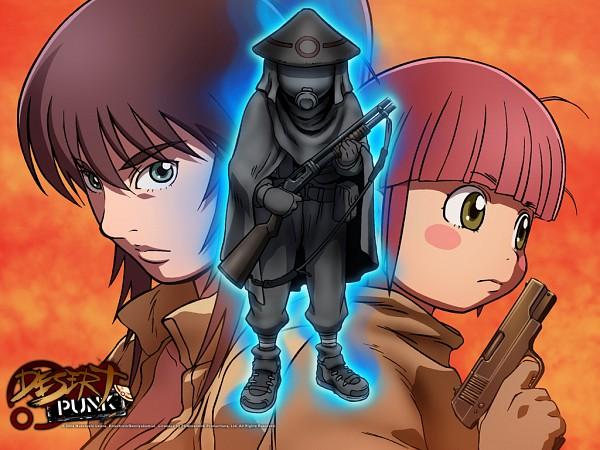 It’s difficult to like Desert Punk’s main protagonist. Mercenary Kanta Mizuno roams the post-apocalyptic desert wasteland that was once Japan, spewing profanity and ruthlessness as he goes.

Perverse fan service, unnecessary violence, and raunchy jokes abound in the series. But, like the other characters, Kanta is a product of the harsh environment where he was bred. This harsh universe seems to disregard human decency standards, and the Great Kanto Desert appears to be no exception.

2. Sunday Without God – Presents A World Where The Dead Won’t Die

Even while immortality is a common subject in fantasy literature, it is almost never presented in a favorable way. As for immortality, demons and vampires are just as much of a threat as angelic creatures and gods are. Recently, To Your Eternity has shown the dangers of living eternally while others succumb to the inevitable. Mortality, in and of itself, is what makes humans human and time worthwhile.

There are no children in Sunday Without God since death has been robbed from humanity. Despite decay and harm, the dead continue to exist until their graves are finally closed. There is no god, and living in this earth would be a horrific experience.

3. The Abyss Will Give You The Bends And Traumatize You For Good Measure (Made In Abyss) There are many areas in the globe that humans are unable to access. Unlike outer space, the deep depths of the Mariana Trench remain a mystery to scientists. Made In Abyss’ climactic scenario is all the more tragic in light of this information. An uncomfortable civilisation is one based on voyages into a vast, unending abyss filled with creatures and secrets.

The Abyss has already claimed the lives of dozens of people before the main character Riko even steps foot inside its walls for the first time. The abyss gets less and less livable with each successive layer of descent. Most frightening is the fact that once a person has gotten used to the depths, it is extremely dangerous to attempt to leave.

In the long history of science fiction, cautionary stories have been a well-known feature of the genre. However, writers often extrapolate on the present within a science fiction universe as a sort of criticism whereas few sci-fi episodes seek to precisely reflect the future. For the simple reason that humanity is capable of creating and has already created dystopias, they should be terrifying.

Japanese residents of the 20th century are depicted in Neo-Tokyo, where Akira lives. After the Second World War, Japan was the first country to experience the devastation caused by radioactive fallout. People’s lives and the fabric of society were forever altered. It’s not unexpected that Akira’s explosion in Akira resembles these occurrences. In light of this, it should come as no surprise that our society has been eternally transformed, divided between feelings of sadness and greed, and rendered nearly uninhabitable but all too familiar to its inhabitants.

5. Dorohedoro –  Is Fun To Watch But Would Be Hell To Live In Hole, the setting of Dorohedoro, is a great place for a post-apocalyptic adventure. Hole is every filthy city street in the world gone haywire, a city populated by humans who are frequently experimented on by sorcerors from another domain. While the usual filth has been left in its wake, violent sorcerers who actively change humans into monsters have also left their mark.

This book’s lizard-headed protagonist, Caiman, works in a hospital with a doctor who treats people whose bodies have been twisted by sorcery. The toxic magic cloud in the air causes the dead to rise from the ground once a year, wreaking havoc. Even if it’s not widely acknowledged, all of this is just considered as usual. Is life any better in the sorcerer realm? It’s hardly an improvement when people are just as violent and sometimes turn into mushrooms.

In the works of iconic science fiction author Philip K. Dick, it’s clear that society shouldn’t be built around an AI that can read minds. That’s exactly what happened in Psycho-Pass, just as in Minority Report.

The Sybil System is an AI hivemind that uses precognition to predict future crimes and evil intentions in Japan’s 22nd century. With no empathy, the system decides the fate of citizens without regard for their feelings. The cast of The Promised Neverland has it particularly difficult, as is customary for fictional orphans. Anyone with a shred of common sense can tell that Grace Field House, no matter how lovely it purports to be, is bad news right away.

A plantation is what the orphanage is in reality, growing children to be eaten by demons who rule civilization. Grace Field House and Mama, the house’s evil caregiver, can’t be escaped. While Grace Field House purports to be a safe sanctuary, the reality is far from that idyllic.

Shion has a relatively good life in No. 6. This boy has everything he could ever want, including a good education and lovely surroundings. No. 6 was one of six post-apocalyptic utopian sanctuaries constructed in the wake of a global catastrophe.

While Shion’s comforts may be taken for granted, they are a price paid by others. After leaving this utopia, you will find yourself in a scary and tumultuous world. As soon as Shion realizes this, living in a utopia will make her feel sick.

9. An Empty Battlefield Is No Place To Grow Up (Girls’ Last Tour) The globe has been rocked by some terrible events. As Girls’ Last Tour examines the aftermath of a tragedy rather than the disaster itself, it’s impossible to say exactly what’s going on. Two young women ride a Kettenkrad tank through a snow-covered wasteland in search of food and a chance at survival.

For all its beauty and good characters, it is difficult for an audience to not question what these young women can do in a world that has passed away. Because the future has been wiped out, the girls live in the here and now.

10. Paradis Island Is No Vacation (Attack On Titan)

The revelation that the majority of Attack on Titan takes place on a penal colony was as shocking as it was believable to many fans of the anime. Suddenly, the worldbuilding makes sense, the genesis of titans is explained, and the world is so much larger than any of the characters or the audience had ever realized.

Paradis Island residents are all Eldians, human titans in a world where only a select few may achieve this. They’re all felons who’ve had their minds forcibly turned into mindless beasts when they arrive to Paradis Island, a prison island. It’s hard to imagine a more bleak setting for a dystopian novel than growing up in a prison.