Everyone knows about the caped crusader, whether it’s from the movies, TV shows, or the super catchy theme song that everyone loves. Batman has been in comic books for more than 80 years now, so how can anyone start reading about him? Well, this handy guide will help new readers get started with the five most important Batman stories. These stories will make you a Batman expert in no time at all. For people who are new to the book, the best place to start is the beginning. Because Batman has been around for so long and there are so many different stories about how he came to be, it can be hard to find the best one. Scott Snyder and Greg Capullo’s New 52 run is a good place to start. When Batman fights the Riddler in Zero Year, he fights lions and rides a dirt bike through an empty Gotham City. As a whole, it’s a lot of fun.

What makes this origin story great is that it adds something new to the mix while also incorporating many of the classic elements and moments from other stories that have been around for a very long time. New readers will still be able to get important information from all versions of the character’s history. At the start of this run, there wasn’t a Zero Year arc, but it could easily be a point that leads to the rest of the New 52 comics. People who haven’t read the previous Batman series yet can start reading the one by Tom King as soon as they finish.

The more time a character is around, the more complicated their stories and history become. Comic books, on the other hand, have a tendency to become just plain weird at times. Getting into these stories can be hard for people who haven’t read them before. In The Long Halloween, written by Jeph Loeb and Tim Sale, they take that away and show Batman at the start of his crime-fighting career. They follow a serial killer who has a little too much holiday spirit.

A story like this is great for people who are just starting to read because it keeps the focus on a more real-world Batman. It shows how good he is at being a detective, which makes this story more like a noir story than a superhero story. Christopher Nolan used a lot of ideas from this story when he made his Batman movies. A comic book story about the Dark Knight that’s a little more realistic will be right up their alley. Frank Miller’s The Dark Knight Returns is one of the best comic book stories ever written. It helped show that comics can be used to tell stories that aren’t just for kids, which changed the way people thought about the genre. This well-known story shows Bruce Wayne, who is now retired, taking on the role of Batman again when the cries from Gotham City get too much.

New readers get to know the character as he thinks back on his life’s work, looks back on the decisions that led him to retire, and wonders about the legacy he’s leaving behind. To him, it’s hard to say if he’s ready to give up the cowl.

To understand Batman, you need to know why he does what he does and how much he cares about his job. The Dark Knight Returns tries to figure out what makes Bruce Wayne want to be Batman, and it does so very well. It also had a big impact on the Batman v Superman movie. If you like that movie, this story will make it even better. If not, it will wash away the bad taste.

The Killing Joke, which was written by Alan Moore and drawn by Brian Bolland, is a dark story that shows how Batman has a very strict moral code. New readers will see that. Joker gets out of Arkham Asylum again and does something bad, which makes Batman wonder if they can keep their deadly tango going for a long time and how many people will be hurt by their dance.

This means that in order to truly understand Batman, you need to know who his biggest enemy is. They are on opposite sides of the same coin. He tries to show in this story that Batman is only one bad day away from becoming like him.

This fight between these two characters is going to be seen by new readers. They will also see how the Joker will do everything he can to make Batman break his one rule: no killing. History of the Dark Knight is shaped by what happens in this story. It changes how he and the Joker work together in later stories. One of the most difficult things for a new reader to figure out is how Batman and his friends and enemies have been in comic books for more than 80 years. That’s where a story like “Hush” comes in. This story was written by Jeph Loeb and drawn by Jim Lee. The caped crusader is caught in the crosshairs of a mysterious new enemy. As the mystery unfolds, it quickly spreads to all the bats in the world.

There are so many Robins, a Batgirl, and a lot of other people who help and hurt each other. There is so much complicated history that it can be hard for a new reader to keep up with. That’s why a story like Hush is so good because it has a main mystery that the readers follow while they learn about the bigger Batman world. Through Batman’s internal monologue, he sums up all the important and important facts about the people he meets and how they came to be who they are. It’s so important that anyone who reads this story for the first time will learn a lot about Batman’s history in a fun way.

If you read comic books, you may have seen this story in many different places. Synder’s Court of Owls story focuses on Batman and his fight against a secret organization that has been around for as long as Gotham City itself. The Court of Owls saga is based on the history and mythology of Gotham City. It pits Batman against one of the most dangerous enemies he has ever faced.

I think “Night of the Owls” will be a must-read after you finish “Zero Year.” This new story added a new group of supervillains to Batman’s Rogues Gallery. It was praised for its original approach and for expanding Batman’s mythos.

The Court of Owls saga has quickly become a classic and a must-read for Batman fans. It is also an important modern work that tells the story of Batman’s New 52 beginnings. 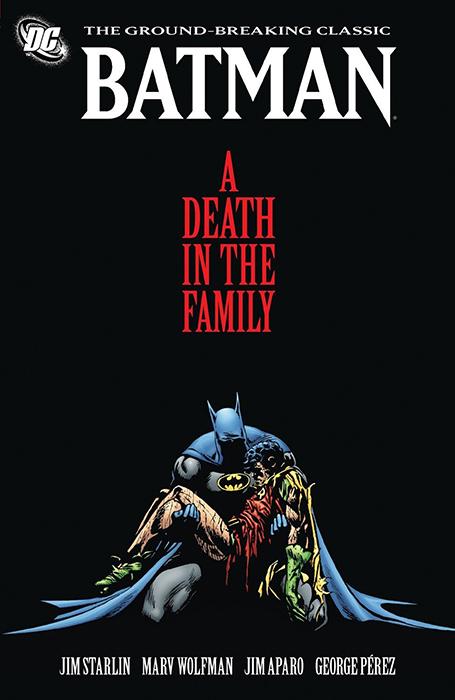 In the plot, Batman tells Jason Todd that he doesn’t have to be Robin anymore. After that, he storms off and starts looking for his real mother. He also manages to get his hands on a nuclear weapon he wants to sell to people in the Middle East while he’s still in Arkham.

They work together until Jason finds his mother, Sheila Haywood, who is being blackmailed by the Joker and gives her son to the Clown Prince of Crime because she doesn’t want to get in trouble with the police. Jason was tortured with a crowbar by the Joker. He then blew up the warehouse where he and his mother were being held captive, killing both of them before Batman can get there and save them both. Batman has to face both the Joker and his own guilt for not saving Jason, so he has to face both of them.

Legendary DC editor Dennis O’Neil decided to put Jason’s fate in the hands of the people who read the comic books. Users of DC Comics could call a special phone line set up by the company. They could choose whether to keep Jason alive or let him die.

Jason Todd was killed off by just 72 votes in the comic book history of American comics (5,343:5,271). When Batman died, it had a big impact on the stories that came after. It was also one of the most well-known comic book deaths in history.

Fortunately for him, Jason Todd was brought back to life in the later Red Hood storyline. He was able to reconcile with Batman and become a superhero himself. A Death in the Family is one of the most important stories in Batman comic books. It’s almost impossible to start reading them and not read this one first.

This story is a great way to learn more about the Batman mythos. It shows a story that has had a big impact on the Dark Knight’s career in so many ways.