Some of the best B-movies ever made aren’t all horrible.

It’s not always the case that low budgets and campy aesthetics result in bad movies. Some of the most important and cherished cinematic experiences are B-movies, which is a classification attached to films created under severe financial constraints. B-movies are recognized for pushing the boundaries, establishing new clichés, and adopting experimental concepts, even if they suffer from poor lighting and editing.

Most people associate B-movies with horror and science fiction, but the term can be applied to a wide range of other genres, including drama, comedy, and action. They have a long history of cult followings, and their influence can be seen in anything from blockbuster films to small films. 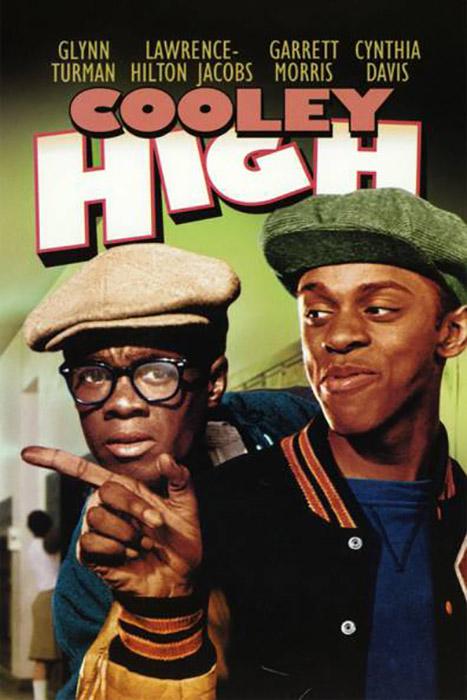 A black coming-of-age dramedy, Cooley High was made for roughly $750,000 and depicts the final weeks of senior year in 1964 for a group of Chicago high school students. “Cooley High” was a huge success in 1975 because of its Motown soundtrack and likable characters.

Cooley High’s success was a significant step forward for black moviegoers at a period when the vast majority of theatrical films were made for and by white people. The film’s ideas and characters are still relevant today, making it a cult classic.

“Female Trouble” is one of Baltimore native John Waters’s most memorable films. Longtime collaborator Divine plays Dawn Davenport, a high school girl who goes on to become a serial killer in the course of the film.

At the tender age of six, Dawn’s psychosis was sparked by her parents’ refusal to buy her cha-cha heels for Christmas. Dawn goes on a violent spree in the film, meeting a number of personalities in the process. He’s a director’s director, Alejandro Jodorowsky. Arthouse films by him are some of the most well-known, but also the most underappreciated, of any well-known filmmaker.

As one of Jodorowsky’s most notable works, El Topo tells the story of a mysterious, black-clad nomad who claims to be Jesus and wanders across a hallucinogenic, desert environment.

El Topo is a philosophical trip, rather than a plot, that is told through expressions, feelings, and colors rather than a logical sequence of events.

His role in the martial arts film Master of the Flying Guillotine is one of Taiwan’s most lauded. Wang’s one-armed martial arts instructor is pitted against an imperial assassin and his henchmen in this sequel to 1971’s One-Armed Boxer.

Despite his handicap, the one-armed boxer is able to defeat his opponents despite enduring more physical pain and torment than any human being should have to undergo. To date, Master of the Flying Guillotine has been cited by Quentin Tarantino as one of his favorite movies. A crew of unknown actors and $140,000 helped Tobe Hooper create one of the most horrific nightmares of a movie.

With over $30 million in box office receipts, The Texas Chain Saw Massacre set the bar high for slasher flicks to come.

During the film, a group of college students who were on a road trip in Texas ended up in the home of a cannibalistic family, where they were followed around by Leatherface with a chainsaw. Despite the success of the film, no sequels or remakes have been able to match the original.

This tale of cursed books and demonic possession was brought to life by the young director in his garage in Michigan with the help of a group of college buddies. It was in rural Tennessee that Raimie landed, where Bruce Campbell plays as a vacationing student who unleashes a huge demon in the basement of their cabin.

With a budget of around $400,000, The Evil Dead raked in almost $2.6 million at the box office. Two sequels, The Evil Dead II and Army of Darkness, were huge hits. $800,000 was spent on filming The Incredible Shrinking Man. After spending time in a weird fog, a man realizes that he has shrunk. Universal produced this Jack Arnold sci-fi film about the man.

The Incredible Shrinking Man, a film based on a Richard Matheson novel, was initially regarded with skepticism by critics and audiences. Cult status has been bestowed on it because of its reputation as a study of an equally outlandish and scary figure.

Enter the Dragon, Bruce Lee’s finest and final motion picture, was made only possible because to the tireless efforts of the actor and producer Bruce Lee. Over its $850,000 budget, the film made $265 million a month after Lee’s death in 1973.

Hong Kong martial arts expert Lee is cast in the role of a Hong Kong criminal lord’s undercover spy in the film.

It’s one of the first movies to merge blaxploitation stories with martial arts themes, making it a near-perfect action film. He had no idea his first film would go on to gross $30 million in theaters, a profit margin far more than the $114,000 Romero spent on filming it.

Even though the word “zombie” appears only once in the film, Night of the Living Dead is considered to be the most important zombie film of all time.

On the run from an invading legion of zombies, Duane Jones plays a man stranded with his ragtag band of other survivors in rural Pennsylvania. Stylized like an exploitation/guerilla film, it contains an astonishing amount of gore for the era.

Initially, Paramount was repulsed by Psycho’s brutal subject matter when Alfred Hitchcock approached them with the idea. Hitchcock was only given $1 million to shoot the film, which would go on to become one of his most recognizable and lucrative works.

It cost Hitchcock $800,000 to film Psycho, which follows serial killer and hotel owner Norman Bates as he moves on his newest victim. That movie made stars out of Anthony Perkins and Janet Leigh, and it set the standard for many more psychological thrillers that followed it.