If these anime characters at first glance appear pointless, remember that you should never judge a book by its cover.

There are various characters in every anime that serve as the foundation of the show. They are necessary if an anime is to gain widespread recognition, because an anime cannot exist with only a few characters. Anime series that are popular tend to have a large cast.

As a result, a number of characters can slip through the net when there are a lot of them in an anime. In comparison to the main characters, they aren’t as popular. As a result, they lose some of their luster. The followers have no idea how significant they are. Characters such as Sakura Haruno are universally despised. It’s no secret that she’s detested by her peers for her egocentric nature. A negative perception of her was formed as a result of the unrelenting hostility she encountered from her peers. Sakura is widely regarded as a pointless character by many anime viewers, however this is simply not the case. Right now, Sakura is one of the show’s most formidable ninjas. She has surpassed her master, Tsunade, in medical ninjutsu skills.

Among One Piece’s best-known characters is Chopper. He is an important member of the Straw Hats, and he also serves as the crew’s medical officer and physician. Even though Chopper is a cute character, many fans have deemed him pointless. This is definitely a harsh criticism of the ship’s doctor, but Chopper hasn’t gotten much attention in the series so yet. His fundamental duty is done quite well, but he isn’t regarded as exceptional because he doesn’t engage in any major battles. From JoJo’s Bizarre Adventure: The Stardust Crusaders comes Iggy. When the Joestar band landed in Egypt in the second half of the series, Iggy made his debut.

Joseph Joestar valued Iggy, despite the fact that he was a dog. The majority of the third installment, Iggy didn’t move a muscle at all. In the end, Iggy’s major moments came when he overcame a stand-user Hawk and aided Ponareff in defeating Vanilla Ice.

Ragnar was Prince Canute’s personal caretaker. Because of Ragnar’s care, the prince, who was extremely frail as a child, was able to survive in spite of all odds. Ragnar’s lack of skill as a combatant was obvious from the start. He was merely doing what he could to keep Canute safe. Most fans don’t like Ragnar’s style of doing things. Ragnar, on the other hand, was a wonderful fit for the character. No matter how close he came to passing away, all he could think about was making sure that Canute would be safe. 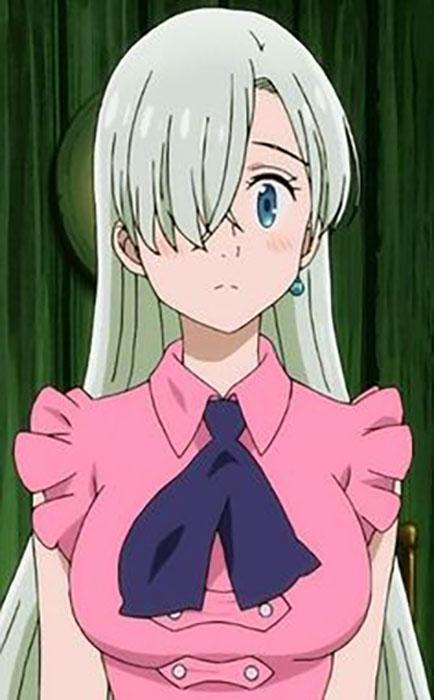 One of the main characters from the novel is Elizabeth. As a princess of the Lioness Kingdom, she was introduced. For her father’s sake and that of the realm, Elizabeth searched for the Seven Deadly Sins. Sakura and Elizabeth had a lot in common. All she did was cry, and the others had to keep an eye on her. That Elizabeth was a supernatural being was revealed to fans later on. Elizabeth’s supporters have a newfound respect for her following the shocking revelations about her history.

Speedwagon is one of JoJo’s Bizarre Adventure’s most prominent characters. In the first two parts, he was involved. He came up Jonathan Joestar in London, who was looking for information about the poison Dio Brando was administering to Jonathan’s father, Dio Brando, who had died. First-person Speedwagon appeared in the show, but he was plainly outclassed on nearly every level by the other actors. Part two, on the other hand, saw Speedwagon and his money come to Joseph’s aid.

He was a big assistance to Joseph when he was learning how to use Hamon. Speedwagon, despite not participating in any of the major fights, was nonetheless there for the Joestar family. The next name on the list is Kogure from Slam Dunk. For Kogure, being a member of the sports team is difficult because he wears spectacles. A promising Shohoku squad was counting on him to help them reach the Nationals. Kogure sat on the bench for the majority of the series, but when he was called upon, he delivered. He contributed greatly to the team’s success. It wasn’t just moral support that Kogure supplied; he also helped Sakuragi a lot.

It was Iruka who taught Naruto at the beginning of his training. As far as anyone knows, he was the first to identify Naruto as a ninja. When Naruto was a child, he shielded him from harm. Many Naruto fans have forgotten about Iruka’s role in the development of Naruto as a character. As a result of Iruka’s intervention, the Hidden Leaf and Naruto would have been doomed long ago. In the aftermath of Jiraiya’s death, Iruka was there to support Naruto. When Iruka walked up to Naruto, he immediately calmed down. Armin from the anime series Attack on Titan is the next character to be added to the list. Armin was bullied a lot as a kid because he was so sweet. Mikasa and Eren had to serve as Armin’s bulwarks. He was quickly eclipsing both of them. He had only a few chances to show what he was made of, and he seized them. Armin’s wit allowed him to come up with several creative solutions that benefited him and his pals. ‘

Zenitsu is the final character on the list. He’s a major player in Demon Slayer. Early in the series, Zenitsu ran into Tanjiro. A typical individual with no extraordinary abilities, Zenitsu’s demeanor changes dramatically when he takes matters into his own hands. Few can equal Zenitsu’s prowess with a sword. However, the perception of him as an incompetent fool among those who know him is far from accurate.