It’s all about the power of reading in Super Why!

Hidden behind a panel on a library shelf, the stars of the show, known as the Super Readers, live in Storybook Village. Finding Super Letters, creating simple words from them and then choosing the right word to fix the problem and change the story is how they find out what is going on.

In Super Why!, books take us to magical places and reading is a super power, which are great messages for early readers..

The original Mr. Roger’s Neighborhood’s Daniel Tiger is featured in this show, which is sure to bring back memories for those of us born in the 1970s.

Mr. Rogers’s theme song is even used in the show, which is based on the puppets and dolls he used. In this case, Daniel has taken over the neighborhood, likely after a turf war with Fred. Using music and storytelling, the show aims to teach social and emotional skills to children.

Daniel is adorable, and short, sweet songs are used to teach social skills like empathy and sharing. Whether your child is fascinated by animals or just curious, we have Octonauts.

The Octonauts are a crime-solving, James Bond-esque team who live and work together on the ocean floor. It’s a great way to teach kids about teamwork, empathy, and the fact that all living things have a purpose.

It is in Word World that words take on a life of their own. Letters that make up a word are used to create that word in this show. You may not think of Doc McStuffins as an educational program at first. However, a show featuring a bright, capable youngster teaches more than just the alphabet and numbers.

It’s a great lesson for toddlers to learn that everyone gets sick and has their own set of anxieties.

This is a truly academic program.

It’s about a kid named Sid who asks questions about the world and collaborates with his teacher and classmates to find out the answers. Things like, “Why can’t a ball of Play-Doh bounce?” pique Sid’s interest. What causes bananas to become mushy, and why?

The questions kids ask every day that leave parents stumped and searching for answers on Google. As a follow-up to Shaun the Sheep, Timmy, the baby sheep, goes to school and must learn how to share and get along with other baby animals in order to succeed.

Timmy Time lacks dialogue in favor of the adorable sounds and facial expressions of the baby animals, similar to Shaun the Sheep. As a result of the lack of dialogue, kids can work on deciphering nonverbal cues, which toddlers can benefit from.

As well as learning how to read and count, the show also teaches the concept of “righting,” or how to get yourself back on your feet if you’ve been emotionally shattered. And, of course, the animals are adorable. As a result of their adorableness.

It’s about a group of little fish children who attend school together and have the most memorable tunes on television.

Each episode focuses on a different subject (for example, bees), and they cover it in a variety of ways. Their teacher instructs them in a lesson on the subject; they sing, play games, and so forth. An excellent method for deepening one’s knowledge of an area while keeping it interesting.

9. Peep and the Big Wide World 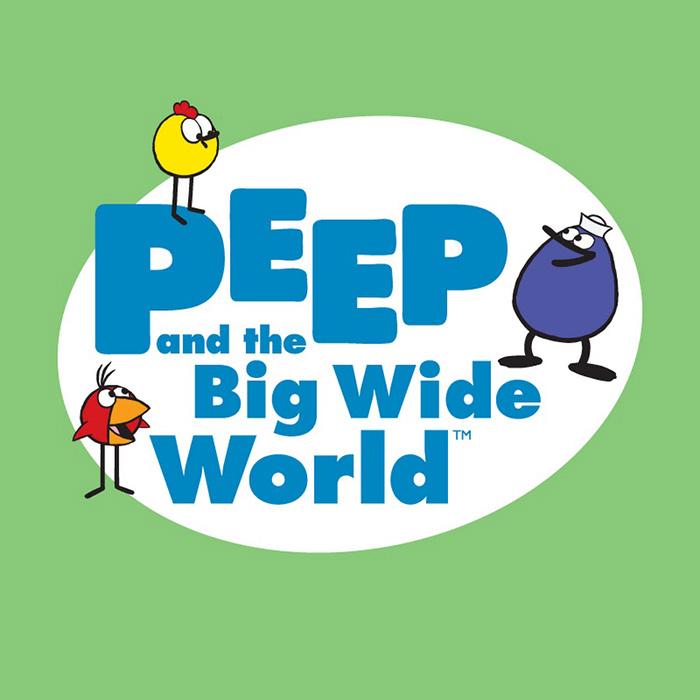 It’s about a group of young birds who learn about science through their own explorations in nature in Peep and the Big Wide World, whose slogan is “hatching new scientists.”

They learn about how beavers build dams, how soap bubbles work, and where those feathers you find on the ground come from in nature classes. Comedy is a big part of the show’s appeal as well. It’s springtime, and ducks are thinking about spring—and duck-related things—in one episode of a cartoon. It’s a treat for both adults and children alike.

Art, music, and architecture are just some of the subjects the kids in the show learn about while solving mysteries in a rocket. They could go trick-or-treating at Buckingham Palace and the Palace of Versailles, or they could listen to Beethoven’s quintets. It’s a great show for kids who are more interested in the arts. Unlike most other shows, Little Einsteins travels around the world, allowing children to learn about other cultures.