‘Clannad’ is an anime about love and romance that you might enjoy. If this is the case, you’ll love these ten anime series that are strikingly similar to Clannad.

Clannad, a romantic slice-of-life anime, is one of the most adored and heartfelt works of anime ever created. Many people loved the anime, but the story of Clannad actually began as a visual novel created by Key three years before the show aired.

Since then, Clannad has grown in stature in the anime world. Clannad is a favorite among longtime anime viewers for a variety of reasons, including its emphasis on friendship and companionship and its later heartbreaking and emotional depiction of family. As a result, if you liked Clannad, here are some recommended anime to watch. This anime is about Otanashi, a man who dies and meets Yuri in the afterlife, who is in charge of an army trying to defeat a woman named Angel. Otanashi, despite his skepticism, chooses to support Yuri in the end, only to become emotionally invested in Angel as a result. Because of this, the anime centers on Otanashi’s quest to find out what’s going on.

Angel Beats, like Clannad, features a fantastic soundtrack and stunning animation. While both anime have the potential to move viewers to tears, Angel Beats does so through a greater use of comedy. Angel Beats is recommended for fans of Clannad.

A young boy named Riki Naoe joins a heroic group known as the Little Busters after being invited to do so by a man named Kyousuke in the anime series Little Busters. Kyousuke, who is about to graduate from high school, has decided he wants to start a baseball team. He does, however, require a larger number of participants to continue. In addition, someone discovers a document requesting the help of the Little Busters in completing missions to discover the world’s secret. As a result, the anime tells the story of Riki’s recruitment and subsequent search for information.

Clannad and Little Busters both began life as Key’s visual novel. With its focus on conflict, love, family, and friendship, Little Busters will move many viewers to tears. If you liked Clannad, you’ll enjoy Little Busters. K-On tells the story of Yui Hirasawa, a female student who arrives at her school’s music club to formally resign her membership due to her belief that she has failed to live up to the club’s high standards. The club, on the other hand, becomes desperate for new members and persuades Yui to join. As a result, the story revolves around Yui’s time at the samurai club.

Both series feature characters who share a desire to join a group. K-On is more comedic than Clannad, despite their similarities. Many fans will, however, be comforted by K-animation On’s and soundtrack. K-On is recommended for fans of Clannad.

When a man named Houtaru Oreki’s sister recommends him join a club, she expects him to solve an old mystery about the club’s history. This is how the story of Hyouka begins: Oreki’s quest to solve this old case, as well as many other side quests, are all depicted in the anime thanks to his knowledge, skills, and the support of his fellow club members.

Hyouka, like Clannad, is a well-known anime series from the studio that created Clannad. Oreki, like Tomoya in Clannad, begins the series with a blasé attitude that evolves over time. Both the animation and art style of Hyouka are of the highest quality. If you liked Clannad, you’ll love Hyouka.

5. THE MELANCHOLY OF HARUHI SUZUMIYA About Kyon, the male student who influences his female classmate Haruhi to form an inhumanity club in Haruhi Suzumiya’s Melancholy of Haruhi Suzumiya: In the anime, Kyon, along with three other students, joins the club against his better judgment, and their various ventures with the club’s leader, Haruhi Suzumiya, are showcased for the audience.

There are two stories in Ef: A Tale of Memories, both of which have elements of romance, denial, and memories that come together to form one overall plot. In the first tale, a blossoming romance is contrasted with jealousy amongst friends and an unrecognized attraction. In the second story, a man faces the challenge of conversing with a woman who has a memory problem while maintaining his childlike attitude.

7. YOUR LIE IN APRIL The story of Kousei Arima, a world-renowned pianist, is told in Your Lie in April, about his inability to play the piano after the death of his mother. After a long absence, Kousei is inspired to pick up the violin again after meeting an accomplished female violinist. As a result, the anime depicts Kousei’s struggle to rediscover his passion for piano playing.

Lucky Star focuses on the activities and societal perspectives of two high school girls. A large part of the story revolves around the development of their friendship and their evolving views on Japan. This Kyoto Animation production, with one of the best female protagonists in anime, Konata Izumi, is well worth your time.

When it comes to personalities, both series have characters who are nearly identical to one another. Lucky Star, like Clannad, emphasizes friendship and humor in the day-to-day lives of its characters. If you liked Clannad, you’ll love Lucky Star. 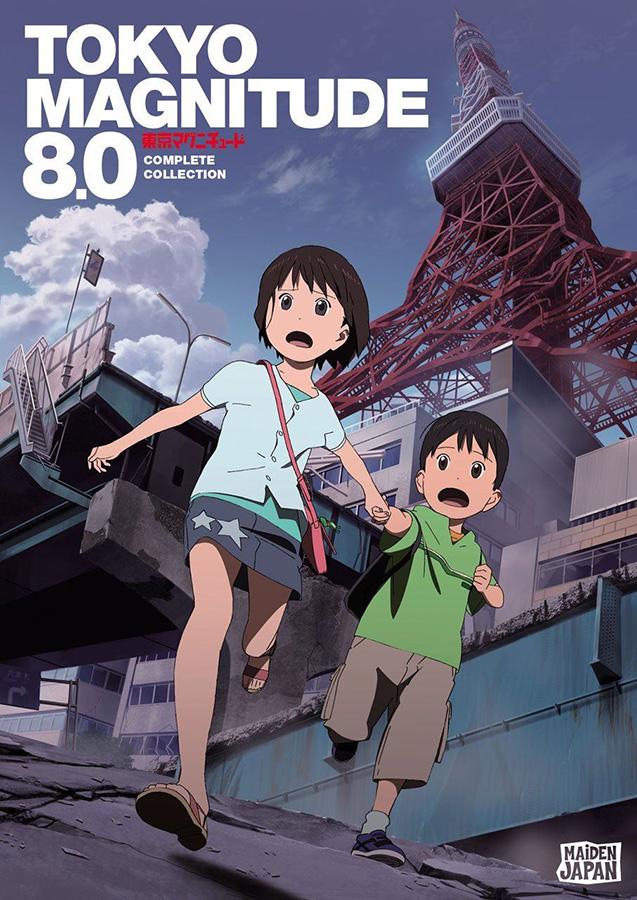 When an earthquake of this magnitude occurs in Tokyo, the film Tokyo Magnitude 8.0 tells the story of a girl named Mirai Onozawa and her younger brother. A female biker decides to assist the children in their search for their family after the carnage has ended. As a result, the anime follows these three characters as they attempt to reunite their estranged siblings with their biological parents.

Tokyo Magnitude 8.0, like Clannad, is a moving anime about the value of family ties. Both shows place their characters in difficult situations, whether physically or mentally, to give them a more realistic perspective on life. Tokyo Magnitude 8.0 is recommended for fans of Clannad.

When Ryuuji meets Taiga, they discover that they are both in love with each other’s best friend. Toradora is about Ryuuji Takasu, the male protagonist. Because of this, the anime centers on their quests to aid each other in finding love.

As with Clannad, there are many dramatic and emotional scenes in Toradora that will move even the most hardened of hearts. Both shows have excellent animation and a memorable score. Toradora is a worthwhile watch if you liked Clannad.