There’s something for everyone in this collection of aquatic horror films, which include slithering sea creatures that appeal to the primal terror in each of us.

Water-based horror may come and go, but it’s a genre that’s always going strong. There’s a basic fear of the unknown in all of us that is evoked by slithering creatures from the depths.

Mark Birrell will update this page on December 7th, 2020: Underwater, a sci-fi horror film set in an aquatic setting, could have been lost in the midst of a jumbled Hollywood release calendar in 2020. In spite of this, the film’s release has generated a steady trickle of interest among moviegoers, who are curious to see what else is out there that’s similar. If you’re looking for stories like Underwater, we’ve expanded this list so that you can find them more easily. 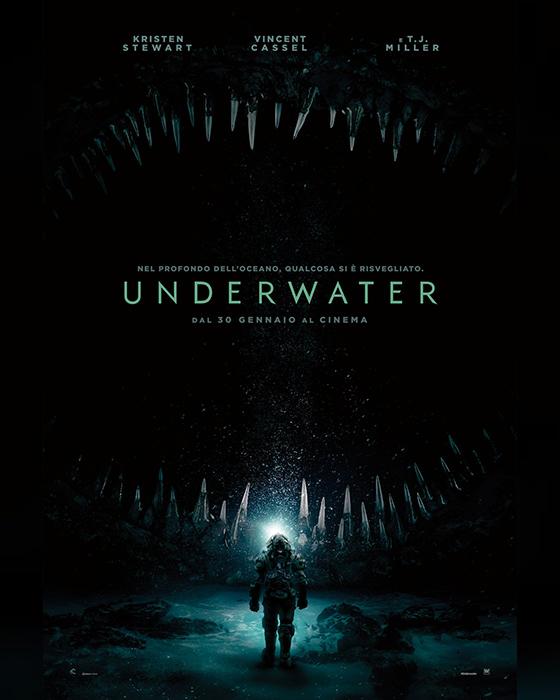 It may look and feel like everyAlienmovie squeezed into ninety minutes but this underwater creature feature nevertheless manages to mix the subgenre’s idiosyncrasies around to create its own modern twist on the high-concept horror B-movie.

Rescue teams are stuck in an underwater mining complex, where they must scavenge for food, water, and other supplies while battling demonic monsters that have sunk to the ocean floor to figure out how they can live and why their facility was destroyed.

To date, Steven Spielberg’s game-changing shark film is still capable of giving spectators goosebumps and keeping their attention, especially in this day and age when it comes to new releases in the genre.

When three guys set out to kill a great white shark in the middle of the night, they were inspired by many classic tales and Hollywood tactics, demonstrating the power of the less-is-more approach better than any other film in history. Only Jack Arnold’s classic Universal monster film from 1954 can be claimed to be more significant than Jaws in the evolution of the aquatic-themed horror movie.

Moviegoers have fallen in love with the Creature from the Black Lagoon, a creature that ranks alongside Boris Karloff’s Frankenstein monster and Bela Lugosi’s Count Dracula in the pantheon of the greatest monsters of all time.

Blake Lively plays a lady stranded on a rocky outcrop just a few hundred meters from the shore, with a ravenous shark circling her and waiting for her to make her way back to the safety of the shore.

The Shallows, on the other hand, is a more grounded take on underwater horror than Underwater, yet it’s no less sleek in its presentation.

“DeepStar Six,” one of a raft of 1980s and 1990s deep-sea horror films that Underwater plainly draws influence from, has an underwater research center where an invasion of monstrous creatures is unearthed unintentionally. Many military-grade piranhas escape into a river frequented by the guests at the holiday camp in Joe Dante’s (Gremlins) aquatic horror comedy.

Dante’s sophomore feature already reveals the anarchic humor that would characterize his best-known movies and is one of the few Jaws ripoffs (of which there were many) to be regarded a classic in its own right. Piranha 3-D, a 2010 remake by Alexandre Aja, is also worth a watch.

Steven Beck (Peter Weller) is hired by the CEO of a huge corporation (Meg Foster) to oversee an undersea mining operation. He and his crew travel to the ocean’s depths. To their horror, the crew discovers a sunken ship and investigates it at the bottom of the ocean, only to bring back a malevolent lifeform with them. Beck must save as many crew members as he can before the vessel is seized by the creature’s hideous mutations.

The Abyssis is a finely-tuned, claustrophobic thriller from mainstream entertainment master James Cameron, which is soaked in Oscar-winning special effects. A brand-new cruise ship pushes off, and the passengers are completely unprepared for the dangers that await them. Even though a world-class criminal (Famke Janssen) is on board, fear sets in as an enormous tentacled sea creature crashes into the ship and leaves it stranded. Even before the violence begins.

Critics and audiences were not pleased with Stephen Sommers’ (The Mummy) late-’90s popcorn picture, which was written and directed by Sommers. Deep Rising, on the other hand, has become a cult classic over the previous few decades for those who watched it.

Psychoanalyst Norman Goodman (Dustin Hoffman) is astonished to learn that the U.S. government is putting his ideas into action to explore an alien spaceship at the bottom of the Pacific Ocean. A biochemist and astrophysicist, among others, are on hand to assist Goodman in uncovering the mysteries of a ship that may have originated in the distant future.

Top-notch actors, such as Samuel L. Jackson and Queen Latifah, as well as director Barry Levinson (Wag The Dog), appear in the film, which had a mixed reception. Dr. Susan McAlester (Saffron Burrows) is attempting to find a treatment for Alzheimer’s disease by conducting tests on genetically engineered Mako sharks at a remote research facility. Something goes wrong when an executive supporter (Samuel L. Jackson) visits the facility and the mutant sharks start to attack the researchers. Against an army of highly intelligent sharks, McAlester and his crew must fight to the death to keep them from escaping into open water and taking over the world.

Renny Harlin’s (Die Hard 2) sequel is a high-concept creature film that has, unfortunately, gone out of vogue.

In the aftermath of a shipwreck, Paul Marsh (Ezra Godden) comes to a mystery beach community in search of help. It’s not until he finds out that he’s related to terrifying, scaled sea people who pop out from the depths that Marsh understands he’s in over his head with the locals’ unusual behavior. Lovecraftian freak show, the late Stuart Gordon’s Dagon is a seahorse of a different hue.

When Lt. Richard Brice (Bruce Greenwood) discovers the strange murder of his commander, he sets out on a mission to save the USS Manta and its crew. Ensign Douglas O’Dell (Matt Davis) is the only one who can unravel the mystery before it’s too late, and he’s the only one who can save the three shipwrecked survivors.

Below is a thriller, a war story, a ghost story, and an underwater thriller all rolled into one.

Toxic waste exposure causes a seaside hamlet in Maryland to become infested with waterborne parasites, the subject of the second film by Barry Levinson.

In Levinson’s mock-documentary, found-footage and eco-terror are brilliantly combined into one disturbing film. Friend (David Oakes), a young weather observer, arrives at the edge of the Antarctic Circle to assume the post of the man he’s been assigned to relieve, but quickly realizes that the man he’s been sent to relieve has died. Friend soon discovers that the previous weather watcher was killed by creatures from the water, and it’s only a matter of time before they return. The official explanation appears to be typhus.

This Lovecraftian conflict between man and nature is fueled by a powerful visual style and some great makeup effects in the film, Cold Skin.