It’s nothing new for brands to collaborate on movie projects with filmmakers, and sportswear is no exception. As a result of popular demand from fans, some cinematic sneakers have become available for purchase outside of the films they were originally used in. For sure, many are memorable, often igniting a lifelong love affair with sneakers. In Bruce Lee’s final film, Game of Death, Lee wears a pair of yellow/black Onitsuka Tiger Mexico 66s that have since become synonymous with his style. His contribution to Onitsuka Tiger’s legacy has been great. In addition, these had a different side-stripe design that was employed on various models at the time. However, Lee’s character Billy Lo can also be seen sporting a white/black pair alongside this pair. Due to Lee’s departure to concentrate on Enter the Dragon in 1972, the filming of Game of Death was interrupted. As a result of his death in 1973, he left behind two doubles, one of whom wore the white coloring in an attempt to mimic Lee’s characteristic style.

To capitalize on Sean Penn’s role as surfer stoner Jeff Spicoli in Fast Times at Ridgemont High’s SoCal location, Vans used its OG black/white Checkerboard Slip-On as a vehicle. Their inclusion in the film is explained by director Amy Heckerling: “In those days, a lot of actors could chose anything they wanted as their outfit. Prior to product placement and the requirement to clear products for film use, this was the norm. Having been born and raised in the Bronx in New York, my knowledge of Southern Californian culture was limited. Jeff Spicoli wore Vans checkered slip-ons that Sean Penn brought in himself, and I really liked them… “I put my faith in his expertise.” On his way to protect Sarah Connor from the Terminator, Kyle Reese is sent back in time to pick up some clothes from a department shop while fleeing from police.. A pair of Nike Vandals in the appropriate black/silver/white colorway is procured from the store.

Nike wanted to give Reese’s character a more modern look when he was reintroduced in Terminator Genisys, so they used the Air Force One as a starting point. It’s worth noting that the original film’s costume designer Susan Matheson insisted that a vital part of the Vandal’s continuity was to be preserved. Matheson sided with Nike in the end, so they made Vandal copies for the movie.

Data’s Nike Air Sky Force Hi is another shoe that has been inserted into the script, but it actually serves to advance the story. A brilliant maneuver, the “slick shoes” released oil from the heel and temporarily thwarted the Fratellis’ plans. Nike definitely had a deal on The Goonies, as seen by the film’s frequent appearances of the brand. Chunk is decked up in Terra TCs, while Brandon is wearing the Nike Vandal Supreme. When Anthony Michael Hall’s character Brian (a nerd) shows up to Saturday detention wearing an original Royal Blue/Yellow Nike Internationalist silhouette, it makes for a memorable moment in the classic John Hughes film. In a high school movie setting, there are a few other shoes about, including Converse All Stars that are black and battered up, but it’s the Internationalists that stick in our thoughts.

A pair of Reeboks known as the Alien Stomper, Ripley’s space boots are anything but ordinary. An important scene in the film was shown on screen, but it wasn’t until the following year that the sneakers made their debut. This year marks the film’s 40th anniversary and there have been other throwback releases since then. 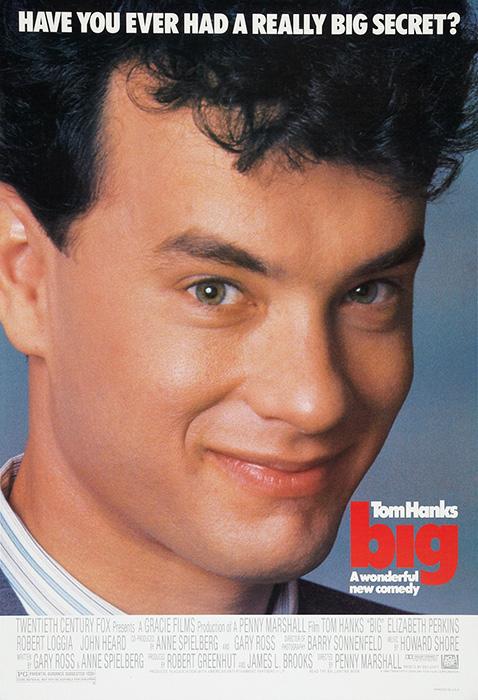 For the 1980s, it was Nike’s job to put their products in the right movies, and Big is no exception. The scene at FAO Schwarz where Hanks’ character Josh plays on the gigantic light up piano – symbolizing Josh’s own larger than life transformation – is probably the most recognizable from the Tom Hanks film. In this scenario, he’s wearing the white/blue Air Force II, although in other moments, he’s wearing the Nike Air Support.

Do the Right Thing has had more of an impact on sneaker culture than any other film on our list. It’s a great movie in and of itself, but it also has a great collection of sneaker silhouettes and several important plot points linked to sneakers. It’s hard to argue that Buggin’ Out and his scuffed Air Jordan IVs, Spike Lee’s symbol for Brooklyn’s gentrification, is the most memorable scene.

Be on the lookout for the white/navy Cortez of pizzeria owner Sal, as well as Radio Raheem’s Nike Air Revolution and Mookie’s Nike Air Trainer II “Medicine Ball.” You could spend all of your time watching Spike’s flicks focusing on his obsession with sneakers — so we did. You may see them here. Tinker Hatfield created the Air Mag to be worn by Doc Brown and Marty McFly in the year 2015, which was then a futuristic year. The Air Mag became a holy grail because of its self-tying laces and light-up panels. For the first time, in 2011, the shoe was made for real, with the earnings going to the Michael J. Fox Foundation for Parkinson’s disease research, and a limited number of pairs were available for auction. Finally, Nike presented a self-lacing shoe on October 21, 2015, known as “future day,” which would be available in 2016. Those were also auctioned off, with the earnings going to Parkinson’s research once more.

Although Tim Burton’s Batman may look cheesy by modern standards, his noir-ish image of the original comic books contributed considerably to the dark and serious tone the superhero has today. Burton wanted an all-black Batsuit, however producer Jon Peters insisted on putting Nike products in the movie. the outcome? Created latex for the outfit and custom-made Bo Jackson Air Trainer IIIs for Batman footwear. Because of the expressionist lighting and art direction, they go unnoticed for the most part, yet they’re an important moment for Nike and superhero enthusiasts everywhere. As a basketball movie from the early 1990s, the entire White Men Can’t Jump serves as a showcase for the most fashionable footwear and clothing of the era. Even more remembered are Billy Hoyle and Sidney Deane dunk competition scenes where Sidney goes down to pump Billy’s Air Command Force sneakers with air. In addition to Sidney’s Air Flight Lites, the rest of the cast rocked anything from Air Jordan Vs and VIs and adidas Artillerys to L.A. Gear Catapults during the filming process. Jordans of all sizes are available, even baby Jordans!

It’s easy to overlook a movie’s use of product placement when it’s done well. Benny unboxes a new pair of PF Flyers ahead of his showdown with the Beast in The Sandlot. The narrator instructs as if it were a real television commercial—”Shoes guaranteed to let a kid run faster and jump higher: PF Flyers”—while Benny switches out his not especially worn out PF Flyers for an entirely new pair of the exact same kind. One of my favorite scenes in a movie that captures what it means to be a kid, right down to the excitement and confidence boost that comes with a new pair of sneakers, was this one.