Is it possible that money can’t purchase happiness? You should tell it to Hollywood where money is king, and box office receipts are the only thing that counts! The ancient adage may be accurate, but it doesn’t stop most of us from pursuing our dreams. It’s no secret that many of these films depict wealthy individuals who end up finding more than they bargained for. Three-time Academy Award winner Steven Spielberg directs this film about Frank W. Abagnale Jr. (Leonardo DiCaprio), who manages to pass himself off as a pilot and a lawyer before he’s even turned 21 years old. As he chases capers all over the world, he eventually attracts the notice of an FBI agent (Tom Hanks). Although it’s a movie about hustling to make money, the actors makes it workable. In the end, it’s a narrative of atonement and finding one’s place in the world.

Immigrants everywhere can learn a lot from this grim history of rise and fall and eventual bloodbath. In it, a Cuban immigrant finds respect and authority in the only venues that are open to him: the drug trade. Having money does not guarantee happiness in Scarface. This story is based on the events that led up to the financial crisis of 2008. To understand how the Great Crash of 2008 began, you need to look at the internal dynamics and incentives of huge Wall Street investment banks such as Goldman Sachs and Lehman Brothers. It shows how ruthless corporations can be when their only concern is maximizing profits at any cost, regardless of the toll it takes on the lives of the people who work for them.

Based on the urban mythology that only a small portion of one’s brain power/function/potential can be utilized, Limitless is a film that explores that idea. Eddie Morra, played by Bradley Cooper, is the stereotypically down on his luck guy from the movies. He’s broke, wears scruffy clothes, and so on. To get through the last chapter of his work, the author finds himself in possession of a drug called NZT, which enables its user to access 100% of their brain’s potential. When he thinks he’s got it all, you’ll see what happens. With Leonardo DiCaprio as Jordan Belfort, this Martin Scorsese film is partially based on the true story of the stockbroker’s rise and fall. Rich people believed they could do whatever they wanted because they had money and power, and this is the story of their excesses and greed. It’s a beautiful narrative, but it has a lot of sex and drug use. Dark humor that is well-balanced will make you cry with laughter. There’s a great supporting cast, too.

Director Sam Raimi turned Scott Smith’s superb novel into an equally brilliant film. The story of a group of friends who find millions of dollars hidden in a crashed plane is a compelling illustration of how money can bring out the best and the worst in people. To wrap things up, let’s take a look at some of the films that show that crime does not pay well. 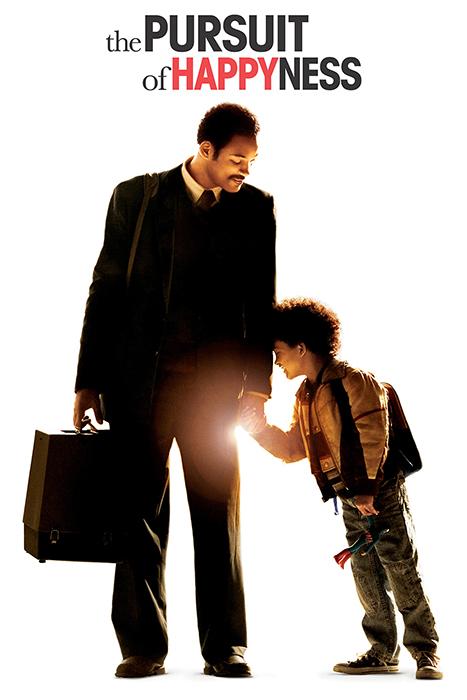 Chris Gardner and his five-year-old son are evicted from their apartment in this heartwarming real story. With nowhere else to turn, Gardner finds work as an intern at a famous stock brokerage, where he works his way up the corporate ladder through sheer willpower and dedication.

Rags to riches story with horrible poverty and sickening living circumstances as the rags. In this case, the hero rises through a game show, but he is saved by his mind rather than his bullets.

Two of the most important entries in this list have a similar theme that cannot be missed in light of the importance of working hard to better one’s financial situation. Gordon Gekko (Michael Douglas) remarks, “Greed is good” in this Oliver Stone film. Furthermore, the movie shows us the perils of high-rolling corporate raiders on a sloping scale of the law and morals. Life here revolves around trading and the money you make is a form of blood money. Unfortunately, the sequel fell well short of the quality of the original.

Charles Dickens’ ghost story, A Christmas Carol, is a famous Christmas classic and a memorable way to spend a holiday night. Even if the message is simple, there is more to this story.

It is while watching Scrooge’s mistakes pointed out that we also understand that the pursuit of wealth as one’s only goal in life is a one-way trip to disaster. As the story opens, Scrooge is an isolated miser who is angry, greedy, and miserable because his quest for fortune has turned him against everything he holds dear. Fortunately for him, and for us, he learns that money is just a means to an end, not the end itself.