Everyone enjoys a good tale of a hard-working person who overcomes adversity and succeeds in life. While farming was the first activity that humans engaged in for thousands of years, modern technologies and innovations in the field are used to further grow the resources that land provides for food as well as other by-products that can be commercialized on the market, making a good story about farming compelling to watch as well.

There are many fictional and non-fictional works that deal with farming because farming is something that all peoples and cultures have in common, no matter how developed or primitive they are. With an ambitious father who wants his son to help him expand the family farm, this film depicts the competitive world of farming.

The film deals on more than just the challenges faced by farmers in today’s globe. When it comes to working the land, it shows that the interests of the younger generation are very different from those of their parents.

One of my favorite stories is about a Texas farm widow’s efforts to salvage her family’s farm in the Depression era. In order to protect the things she cares about, a woman had to take on what was traditionally seen as “a man’s job.”

An interesting cast of personalities helps the widow develop a successful cotton farm. Waxahachie, Texas, was the setting for this film.

Another story about a family’s fight to keep their farm in the face of a tough economy. The challenges they face in this film, mostly due to a reduction in crop prices, the need to repay a Federal Housing Administration loan, and natural disasters in the area, are what make this film noteworthy (tornadoes). When John Peterson of the US Midwest decided to combine his family’s agricultural traditions with an innovative farming technique to extend his family farm, he did so in a way that was respectful of both his family’s history and his own. There is a farm, Angelic Organics, that still exists and is the largest community-supported agriculture enterprise in the United States today.

After “Country” and “Places in the Heart,” the final film in a trilogy of family farm-themed movies, it tells the true story of farmers who were compelled to take steel mill employment in the Tennessee Valley in order to make ends meet.

Family farm tries to cope with natural disasters (flooding) and financial difficulties in this film.

The film is based on Betty MacDonald’s best-selling memoir, which follows the story of a newlywed couple who start a small egg-laying chicken operation.

However, the couple soon discovers that raising chickens isn’t as easy as they thought, and it becomes a genuine battle to turn their chicken farm into a lucrative business. There are many people who find themselves frustrated and bored with the pace of modern life and want to go away from it all and start anew on a farm. As seen in a documentary about five young Canadians who decide to become farmers,

Agriculture in general and the food we eat in particular are discussed in this article. It’s fascinating to learn about the motives of the young farmers and how they aim to succeed in their new business ventures.

Some ranchers and farmers are interviewed in this documentary to understand how they feel about new agricultural technologies and their views on the “traditional vs. modern” debate. There may be a divide in viewpoint between those who produce and eat food, according to this documentary.

Agricultural issues such as genetically modified organisms (GMOs), antibiotic use in animal feed, and the treatment of farm animals are discussed among farmers.

Wife and husband in China before WWI tell the story of their hardships. Once they have enough food and money to buy more property and extend their tiny farm, drought and the accompanying famine force the family to do all they can simply to survive.

Attempting to resume farm work after the drought has passed, they are unable to afford seeds and an ox. The family’s fortunes rebounded after they discovered an unexpected treasure in the shape of some jewelry and their boys became well-educated young men.

A swarm of locusts threatens their land and the entire hamlet at the same time that family problems are threatening to lead to a breakup. Putting their differences aside, the two sons band together to fight the locusts that threaten their home. Finally, everyone learn that the land can be a source of great prosperity and abundance, but it can also bring you to your knees at the most inconvenient times.

Have you ever wondered where all the food that ends up on your dinner table originates from?? Toronto-based restaurant is searching for an answer in this fascinating documentary on how food is procured.

Each item in the restaurant’s dishes comes from a distinct farm and farming method, from organic farms to cattle ranches to sunflower fields. It forces you to rethink your decisions every time you go to the grocery store or eat out. 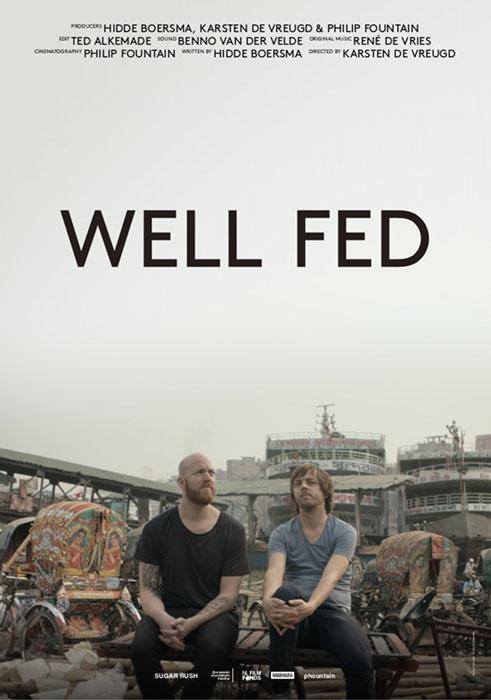 There is nothing new about the issue of food resources in the world. In areas where people have access to a wide variety of food, there is an abundance of food on the market, and food waste is inevitable. Some of the world’s poorest countries are plagued by famine because they lack the resources and the ability to obtain food, and this is a major problem in many of these countries.

While biotechnology can save the world from starvation, some farming practices can harm the environment, according to two Dutch friends in this documentary. Those who are fortunate and don’t understand the significance of natural resources contrast to those who value everything nature has to offer and rely on what they have at their disposal to survive.

This Icelandic comedy is a great way to break up the farm life dramas on this list. Despite the fact that they haven’t talked in 40 years, two estranged brothers must band together in order to safeguard the one thing they care about most: their flock.

In order to contain the spread of a dangerous disease that has infected the sheep in the area, authorities have decided to kill all of them. Every effort is made to maintain their unique breed of sheep and the way of life that has been passed down from generation to generation through the generations of brothers.

For those unfamiliar with corn hybrids, Milford Beeghly is the man responsible for bringing them to the world’s attention. An Iowa farmer who was a pioneer in the development of genetically modified crops is the subject of a new documentary that explores his fixation with genetically engineered crops.

That didn’t stop him from going after what he wanted to do in life, even if it meant ignoring his own family in the process. Although his contributions to genetic crop engineering can’t be disregarded, his personal life was far from impressive. Dairy farmer and his cows are depicted in this French film, which shows his everyday routine. Dairy farmers are worried about their cows after a cow pandemic broke out in their area. If they become infected, they will have to be put down.

Small-scale dairy farms are contrasted with larger farms and the lifestyles of French communities in the film, which focuses on daily activities on a small-scale farm.

Overall, it’s a heartfelt tale that reflects both the hardships faced by small dairy producers and the extraordinary affinity that forms between farmers and their animals.

Women in Francophone African countries have to struggle for their coffee plantations because of the racial tensions that occur. Even though the film touches on a number of other subjects, we included it on this list because it provides a glimpse into the challenges faced by those who own coffee farms.

Because most people in the area have lost touch with the land and aren’t interested in cultivating rice, a Cambodian family has taken it upon themselves to produce some of their own, despite the fact that they are used to receiving rice from UN sacks.

The leader of the family devotes all of his time and energy to growing rice, but he dies of an infection and his wife is unable or unable to tend to the fields. The family’s oldest daughter is charged with carrying out her father’s vision of cultivating rice on the family’s parcel of land. The documentary follows the journey of a couple who are trying to start a small farm. Generally, it has garnered positive reviews. Despite the fact that farms and families are a common theme in literature and reality, it’s always intriguing to observe how farm life is interpreted by different people.

Despite some critics’ claims that the film lacks substance, the photography is gorgeous and it portrays agricultural practices in a favorable light, making it a worthwhile watch.

Located in Kaminoyama, a small town in Japan, persimmons are the primary source of revenue for the residents, who grow, peel, and package the fruit. The people believe that their persimmons are outstanding because of a unique blend of natural components.

Many people nowadays don’t care about where their food comes from or how convenient it is to get it, and this great tradition may soon be lost in our fast-paced society.

Life on an African farm is not simple, especially if you feel like you’re swimming against the current. As a German Jewish family flees persecution in the 1930s, they find themselves living and working on a farm in Kenya, which requires them to entirely alter their lifestyle.

Even though certain members of the family aren’t happy about the move, they can’t go back to Germany, so they’ll have to get used to their new surroundings and learn to love them. In addition, we’ve included a documentary about the Great Depression’s impact on farmers in the prairies of North America in the 1930s, as well as its effect on the local economy. It also sheds light on how future generations might adapt to the consequences of climate change in agriculture.

However, feel free to share your favorite farming movies and documentaries with us in the comments below. Check out our list of the finest books about farming and agriculture if you prefer reading to watching movies.