The Roman Catholic church’s clergy child-abuse issue hasn’t always been front-page news, but it has been meticulously documented on film over the years. five notable documentaries or factual docudramas about the subject since 1992 are included here: Filmmaker Amy Berg focuses on now-defrocked priest Oliver O’Grady, who acknowledged sexually assaulting approximately 25 boys and girls in California between the late 1970s and the early 1990s, and who has since been excommunicated. Deported to Ireland in 2000 after serving seven years in prison. The interview with “remorseless child molester” O’Grady in Dublin, where he “ambles freely amid students as he describes his patterns of abuse with almost cheerful joy,” is the film’s “most horrific section,” according to Desson Thompson in The Washington Post. A high-ranking member of the clergy has been implicated: Cardinal Mahony, Los Angeles’s Archbishop 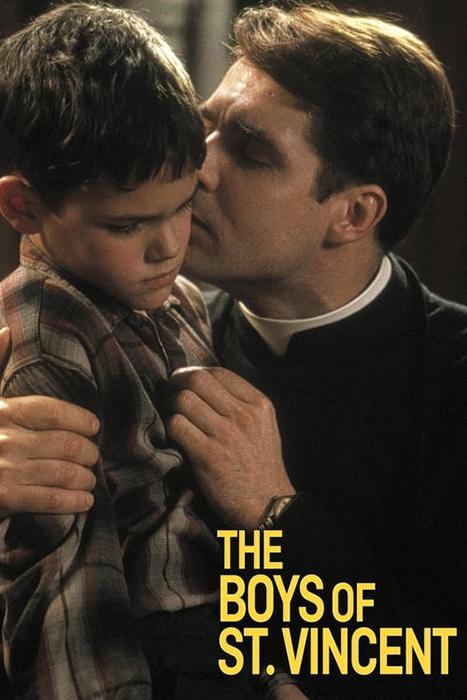 Partial nudity is to be expected. Kevin Reevey, a 10-year-old orphan living in a Christian Brothers orphanage in Newfoundland, is the focus of this film, which depicts the sadistic pedophile Brother Peter Lavin (Henry Czerny) in actual life. Janet Maslin of the New York Times describes the “emotionally shattering” story as “a matter-of-factness that lends it the solid believability of a documentary.” “It begs the viewer to comprehend Lavin, and even provides the public his point of view while he molests Kevin,” explains Jeannette Sloniowski at the Museum of Broadcast Communications. Involved church leaders: Newfoundland’s Diocese of Mount Cashel and the Christian Brothers of Mount Cashel Joe Cultrera’s documentary about his brother Paul’s research into the Boston archdiocese’s mismanagement of his accused molester, Fr. Joseph Birmingham, sheds light on the impact of child sexual abuse on a family. Despite its “stinging indictment of the Catholic Church,” the film is “also a celebration of the family that survived the trauma,” particularly Paul’s parents, who “reverred the church but loved their children more,” according to New York Times TV reviewer Alessandra Stanley. A high-ranking member of the clergy has been implicated: Boston’s former Archbishop Bernard Law and Bishop John McCormack of Manchester, NH On the heels of Pope Benedict’s 20 years as Vatican doctrine enforcer under John Paul II, an Irish documentary alleges that the pontiff covered up numerous instances of sexual abuse. According to the document, bishops were commanded by a Vatican letter from 1962, “Crimen Sollicitationis,” to compel quiet in cases of sex abuse. Colm O’Gorman, an advocate who was raped at the age of 14 by legendary Irish priest Sean Fortune, is the narrator of the BBC-produced documentary. Involved church leaders: Bishop Brendan Comiskey of Fern, Ireland, and Cardinal Joseph Ratzinger, now Pope Benedict XVI At age 18, Toledo firefighter Tony Comes began actively coping with his sexual molestation at the hands of former priest Dennis Gray, who lived just five doors down from his new home with his young family. A more enraged Comes comes to blows as the case against Gray continues, according to Matthew Gilbert in the Boston Globe. Nonetheless, the Academy Award-nominated picture “is not about erasing them,” according to the director. Filmmaker Kirby Dick loaned the Comes family a set of camcorders, which they used to capture the majority of the material. James Hoffman, Bishop of Toledo, has been named as a person of interest in the investigation (d. 2003)