Why do we watch anime if it’s all about the pretty girls? Is it because of the adorableness of moe characters? Every show has at least one, and they’re always memorable. No matter how you display your affection for them—by hanging up posters, engaging in lengthy conversations about them, or staying up long past your bedtime reading fanfiction—they’ve found a way into your hearts. It’s no surprise that Asuna has become a household name in recent months. She’s stunning and, if ever there was one, a sophisticated, tasteful tsundere. As a member of the front-line Knights of the Blood guild, she brings a lot of energy and a keen sense of humor to the fray. After Kirito’s brief absence, she reunites with him, and despite his reluctance to join any guilds, he does so with her. In the game, they marry, purchase a house, and take a short holiday before returning to the front lines in order to escape this video game world for good.

Asuna and Kirito begin their relationship as tsunderes, but their affections quickly intensify and they are married. Despite the fact that they are playing a video game, they talk about how real this is to them. Asuna’s allure stems from the fact that she married Kirito, and how many fans wished they could have replaced him!

Tenshi, or Angel, is the moniker given to Kanade in the anime series Angel Beats!, and she is a memorable character, even though she refers to herself as the school’s Student Council President. Initially, she appears as an enemy of the main characters in this alternate reality.

After Otonashi, the main character, dies, he finds himself in an eternity that revolves around a school. Angel and the SSS go to war, and he finds himself in the center of it. He unwillingly joins the SSS, but he’s fascinated by Angel (aren’t we all?) and helps them overcome their differences so that they’re no longer adversaries. 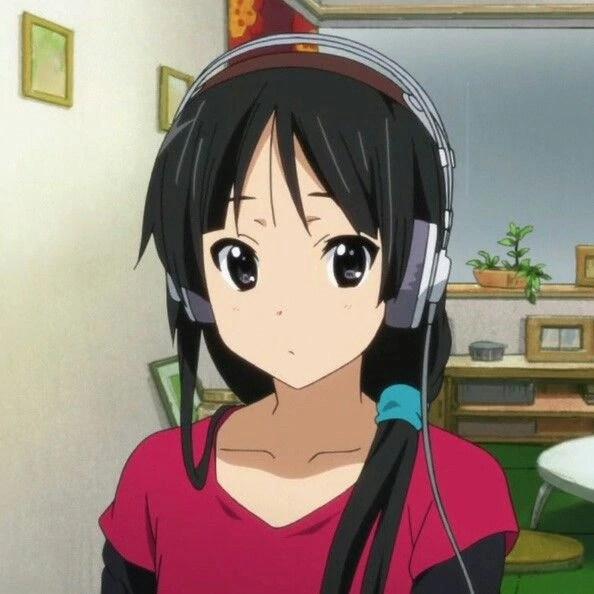 K-On! It’s the tiniest and nicest slice of anime you’ve ever seen, and Mio Akiyama, the bassist, is the star of the show. She’s wonderfully bashful, which explains why she prefers to play bass rather than sing lead. To our delight, fans of the show and the play chose her to portray Romeo, further cementing their affection for her.

It’s easy to guess that the Light Music Club is at the heart of K-Ongeneral !’s premise. In order to keep the group from disbanding, they let Yui to join and have her study the guitar, despite the fact that she doesn’t actually know how to play any instruments herself.

7. Kobato Hasegawa from Boku wa Tomodachi ga Sukunai (I Don’t Have Many Friends)

If you’re looking for the cutest thing in the world, look no further. Charm is added to the mix when you have a fondness for vampires and the dark! She claims to be Reisys VI Felicity Sumeragi, an ancient vampire who has lived for 10 thousand years after seeing an anime called Full Metal Necromancer. Even though she prefers to speak with an old vampire’s drawl, she frequently reverts to her native Kyushu accent, which causes her much shame.

After meeting a girl who didn’t have any friends, Kodaka’s younger sister, Rinjinbu (The Neighbor’s Club), decided to form a club for those who don’t have any friends. Even though Kobato is still in middle school, this group of misfits learns about friendship and relationships from each other.

6. Mirai Kuriyama from Kyoukai no Kanata (Beyond the Boundary) Youmu student Akihito intervenes to keep a girl named Mirai from jumping off the roof because to her loneliness as a result of her blood-controlling abilities. Despite the fact that she’s trying to make ends meet, they create a close friendship and begin killing youmu together.

We adore her despite her clumsiness and penchant for writing about bonsai. In this well-animated, vibrant series, her beauty and character design shine. Mirai’s authentic character behaviors and emotions are another reason to fall in love with her. Also, glasses-wearing girls are swoon-worthy.

I adore performing live! Is a huge success, with numerous sequels, OVAs, movies, and merchandising, and Kotori Minami at the top of the heap. Students at Kotori’s school are steadily falling, putting the school in jeopardy of shutting down. It has its ups and downs as they go about the School Idol Project, a plan to become school idols in order to increase the school’s profile among the public.

Kotori is a dreamer, but she’s also the costume designer behind all of our favorite outfits. In spite of her kindness, she has difficulty expressing herself and making decisions because she is always concerned about the sentiments of others. For all of her admirers, she was also a well-known maid in Akihabara.

4. Shiro from No Game No Life In Shiro’s case, she suffers from a serious brother complex, and she refuses to let him leave her side for any length of time. Her brother and she are introduced as a pair of NEET shut-ins who are world famous gamers named Kuuhaku at the beginning of the series. Chess game requests take them to a different universe, where everything is decided by playing games.

When it comes to understanding others’ feelings, Shiro must rely on her brother, a genius who specializes at logic. She appears emotionless, has a dry sense of humor, and refuses to let Sora be alone with other girls because she becomes jealous.

“Chuunibyou” refers to a phenomenon known as the “Eighth Grade Syndrome,” in which you build a persona for yourself and believe that you are that person. A fresh start in high school was not what Yuuta had in mind, but that didn’t stop him. Yuuta ended up signing a contract with Rikka, a moe-loving girl.

It’s still Chuunibyou, who believes that Rikka’s “Wicked Eye,” which she refers to as her “pure heart,” is evil but tamed by the pureness of her heart. Just a colored contact disguised by the eyepatch in reality. Even though she doesn’t have many close friends and is quick to distrust strangers, she quickly develops an attachment to Yuuta and goes into battle mode when they first meet.

One of the most popular characters in the Fate/stay Night anime series, Illyasviel (Illya for short), got her own series and spinoffs. The Kaleido Stick Ruby, who deemed her more suited than Rin Tohsaka, the all-powerful magical girl, transforms her into a magical schoolgirl in this story.

It is here that she meets Rin and another buddy named Miyu, whose stick similarly selected her as its new master rather than the one it was originally designed for. Illya is adorable in every way and will always be a fan favorite, no matter what series she appears in.

One of the most well-known tsunderes is Taiga Aisaka, affectionately known as the “Palmtop Tiger” due to her combination of adorableness, ferocity, and diminutive size. Both she and he are madly in love with the main character’s closest friend, so they form an alliance to help the other woo their desired spouse.

Taiga is a well-known tsundere because she is both extreme and adorably adorable. Her accomplice in crime, Ryuuji, is both frighteningly attractive and empathetic. This contrast results in out-of-the-the-the-the-ordinary antics, resulting in a great comic combination. Inevitably, Taiga is bombarded with love letters, which she politely declines. She’s number one because she’s vicious, fun-sized, and lovable.

Compiling the 10 most adorable anime girls into a single list may seem impossible, but there is at least one girl in this list for you!

If you have a favorite kawaii girl, please tell us! Tell us in the comments!