These villains are among the most difficult to deal with. Even their own well-being is not important to them. To them, it’s all about seeing the world burn down.

Roleplaying games can make use of the moral alignment system to classify characters. Chaotic evil can only be assigned to the most heinous of characters when faced with such a narrow field of possibilities as nine.

In contrast to neutral bad characters, these individuals are primarily concerned with the misery of others rather than their own advancement. This desire to destroy the planet and everyone in it is frequently part of their larger plan. As long as they don’t have any sort of moral compass to guide them, they’ll go through life without remorse.

1. Mad Pierrot Murdered As Many Strangers As He Could (Cowboy Bebop) Pierrot the Mad was a human experiment that had escaped and had been subjected to a great deal of psychological anguish. The villain’s mind had deteriorated to nothingness despite what his captors had done to him.

This led him to stalk cities at night in search of unsuspecting civilians to murder and maim. In the end, their screams were all Pierrot cared about, and he was an urban legend until Spike came along.

2. Orochimaru Loved To Watch Change In Motion No Matter Who It Hurt (Naruto)

For Orochimaru, the desire for immortality was the driving force for his betrayal of Konoha. Hiruzen Sarutobi was not the cause of his actions to sabotage the Chunin Exams; rather, he was motivated by the desire to set the winds of change in motion.

The fact that Orochimaru was willing to sacrifice an insurmountable amount of human lives for his own gain means that he can be considered a chaotic evil. After he was rehabilitated at the end of the Fourth Shinobi War, his allegiance shifted somewhat, though.

3. Shigaraki Explicitly Stated That He Wanted To Destroy Society (My Hero Academia) 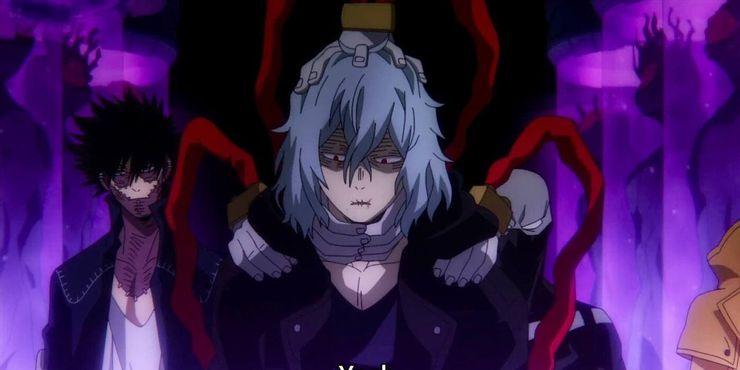 Toshinori and All For One were the only things that interested Shigaraki in the beginning. In the aftermath of his master’s capture and imprisonment, he reflected on what he truly desired and found it inside himself.

Shigaraki told the League’s doctor that he planned to end society as we know it. Toga was alarmed by this, but he was able to comfort her by stating that the things she cared about would be spared his wrath in the future.

4. Doflamingo Wanted To Destroy The World In Order To Spite The Celestial Dragons (One Piece)

King Doflamingo of Dressrosa and Warlord of the World Government has a lot riding on the current social order. But he didn’t care; all he wanted to do was wreck as much as he could.

In order for him to rejoin the ranks of the World Nobles, the World Nobles refused to accept him after he killed his father and gave them his head as a trophy. When it comes to his old comrades, Doflamingo is more than capable of ruining whatever they claim to have control over. 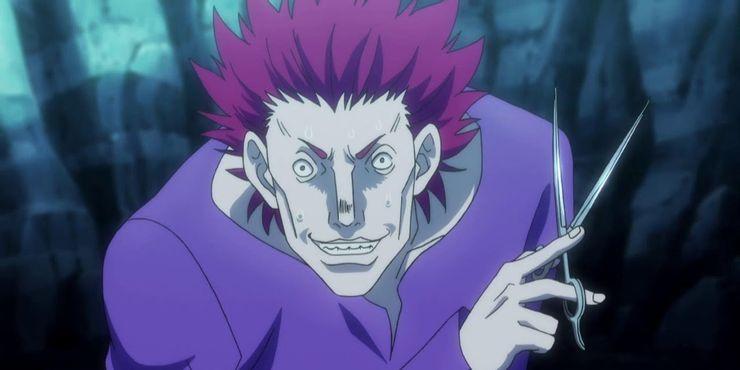 On Greed Island, Gon and Killua encountered Binolt, a serial killer. Because of his weird preoccupation with hair, he preferred to use scissors as a weapon.

His acts were motivated by a childhood trauma in which he was severely punished for trying to do a good deed but failing. A crazy monster who preyed on young ladies (ideally in their early to mid-twenties) and was not above harming children has been described ever since

In Gilles, Saber was the only thing that mattered to him. He confused her for Joan of Arc and was determined to kill as many innocent people as necessary to earn her attention (in addition to his own satisfaction).

Because he would go to any length for success, Gilles was a very dangerous opponent to face. They had to face an enormous beast that towered over an entire city at their most insane point.

7. Dracula Wanted To Slaughter The World Over The Death Of His Wife (Castlevania) Dracula was a formidable vampire, arguably the most powerful ever. After the unjust death of his wife at the hands of mankind, he made a vow to wipe out the whole human race and was incredibly effective in his effort..

In the end, Alucard and his companions were the only ones who could stop him. It wasn’t until he had collected so many bodies that Death’s attention turned to him. To continue eating Dracula’s souls, the wraith attempted to resurrect the vampire in order to do so.

Even though he was the son of Honest, Syura’s evil nevertheless exceeded his father’s. Instead of preserving the empire, he preferred to prey on as many innocent people as his position would allow during its closing days.

As evidenced by his duel with Lubbock, he had a strong interest in the pain of his adversaries. Ultimately, the young rebel and his evil foe would die in the conflict’s final moments.

he was so evil that even Diavolo was disgusted by him

9. Cioccolata Was So Evil That Even Diavolo Was Disgusted By Him (JoJo’s Bizarre Adventure) 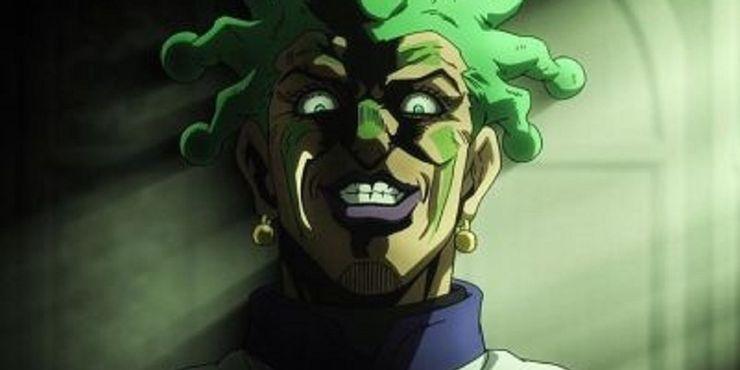 As Team Bucciarati approached Polnareff’s coliseum, a renegade scientist named Cioccolata assaulted them. This villain was able to achieve his aim of killing civilians because of his mold Stand, unlike the other villains Giorno confronted.

He was so enamored with his vile acts that he had a past victim, Secco, film them. Disturbing behavior and amorousness of Cioccolata made even Diavolo wish him to be put out of his misery.

10. The Major Was The Clandestine Leader Of The Millennium Organization (Hellsing)

The Major’s Nazi credentials and position as head of the Millennium Organization would ordinarily qualify him as chaotically evil. His stated intentions throughout the series, on the other hand, strongly suggest otherwise.

The Major did not want the Third Reich to reappear, nor did he want to set up his own regime. His goal was to inflict as many deaths as possible before his resources ran out, knowing that his cause was doomed from the start. Integra Hellsing shot the Major in the head because the Major was so fixated on his own demise.