Boys being boys, and when it comes to their movie preferences, sniper movies are at the top. Drama and romance genres are popular with women, whereas males prefer action-packed films that are hard-hitting and gory. In action and war films, treachery, revenge, brutality, and criminality are common themes. Then there’s the brave sharpshooter who gets to save the day.

Brave warriors’ harrowing accounts of war’s darkest moments show a horrific reality. Most, if not all, of these films are based on real-life events that have shaped our world today and will continue to shape our future.

Watching sniper flicks is a favorite pastime for men. Why? They recount thrilling tales of criminal fighters and world-class combat heroes who have triumphed in long, bloody battles against terrorists who cruelly bomb innocent civilians into the afterlife.

Thrilling, heart-pumping action on the big screen has been a staple of cinema since the beginning of motion pictures. In movies, snipers are often depicted as heroes or villains, depending on the tone of the film. They’re like killer robots, programmed to take out the main enemy and end the fight. And, perhaps, the long-range rifles of their armed guards may help to level the playing field of justice. However, there is a human being hiding behind the mask, struggling with his or her own demons and having dreams that keep him awake at night.

If it sounds like something you’d enjoy, it may be time to spice up your day! A 4K cinematic experience can be enjoyed at the comfort of your own home. On this list, we’ve included everything from recent releases to beloved classics. All of these sniper films guarantee to deliver on their promises. They have a lot of action that will have you on the edge of your seat. Here we go! Grab your popcorn and a cool beer from the fridge, because we’re about to get started! In the first scene, a former U.S. Army sniper is accused of killing five people for no apparent reason in this Tom Cruise film. Police quickly apprehended their suspect, who goes by the moniker Barr.

The protagonist enters as Barr requests that Jack Reacher be delivered. Due to the elusive nature of Cruise’s character, finding him in Florida isn’t going to be a simple task. As the defense counsel tries to track him down, he turns up in Pittsburgh on his own terms.

Because of Barr’s background while serving in Iraq, Jack initially felt that Barr was responsible for the horrible murder.. It all goes downhill from there as he discovers the real perpetrators of this murder spree.

As the novel proceeds, “Jack Reacher” discloses the origin of Jack and Barr’s relationship and the reason behind Barr’s request for Jack. Our greatest sniper movies of all time include “The American,” a crime thriller released in 2010. Antoin Corbijn, a Dutch music video director and filmmaker, is the director of this thriller, starring George Clooney.

Jack, an assassin and craftsman, is the protagonist of a suspenseful American thriller starring George Clooney, who portrays him as a stern samurai. It all began with him agreeing to design a high-end sniper rifle for an assassination, and that’s when the story began. A hidden Swiss assassin is keeping tabs on him as he works on the weapon, making the story even more intriguing and suspenseful!

Because of this, he breaks the contract’s conditions of secrecy and falls in love. Pavel (played by Johan Leysen) helps Jack flee the Swiss assassins in a small Italian town. Pavel is in desperate need of Jack’s help.

In “The American,” viewers are taken to the Italian countryside and historical Rome” in the region of L’Aquila and other sites. One more fun tidbit of information: This motto, “Ex Gladio Equitas,” or Justice from the Sword, is an appropriate one for the samurai that Clooney portrays in the film. We don’t get a typical military hero-inspired sniper movie with “Wanted.” However, there is one solid reason why you should watch it: Angelina Jolie is on it!

‘Wanted,’ which is based on the miniseries of the same name, centers on Wesley Gibson as its central figure (James McAvoy). Not to mention the fact that McAvoy’s girlfriend is a cheat and he suffers from panic attacks on a regular basis.

That is about to change, as well as everything he has ever known. Fox (Jolie) shows up at night and tells him that his father was an assassin who had been assassinated by someone who is now following him.

In spite of skepticism, the amount of money in his bank account suggests that it’s a reality. In training with an assassin’s army, he meets Sloan and quits his office job. At some point in the process of learning to be an expert assassin, the young man finds himself confronted with an unspeakable truth he can no longer ignore.

However, despite the implausible acrobatics of swinging bullets and methodical sniper shots seen in pure science fiction movies in this comedy action thriller, it undoubtedly deserves its place on our greatest sniper movie list since it is packed with stunning action full of terrible killers.

In “Wanted,” Morgan Freeman and Chis Pratt star with Common and Terence Stamp, as well as Kristen Hager. 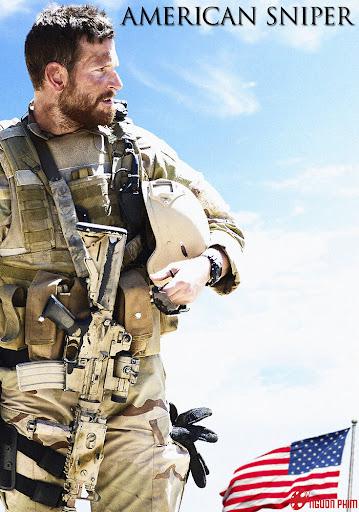 Not simply for the first time, “American Sniper” should be seen by every sniper movie lover. It’s definitely worth a second viewing since it only gets better and better.

Chris Kyle’s memoir, “American Sniper: The Autobiography of the Most Lethal Sniper in U.S. Military History,” served as the inspiration for this Bradley Cooper-led war thriller picture, which premiered in 2014. Since his deployment to Iraq, SEAL sniper Kyle has made 255 kills throughout his four tours of duty in the war-torn Middle Eastern nation. During his first trip to Iraq following the 9/11 attacks, he was dubbed the “Legend.”

Acclaimed by critics as one of Hollywood’s most compelling modern war dramas, “American Sniper” poignantly captures the lives of American troops when they return from service and discover that war’s horrors have followed them back to their families.

Every time he gets home, Kyle finds himself fighting his own internal struggles, since his horrific experiences have caused him to alienate himself from his wife and newborn kid. Cooper’s character receives the assistance he needs to return to civilian life as the narrative of a superb marksman is revealed in this film. In addition, it reveals what happened on February 2, 2013.

Both Cooper and “The American Sniper” received an Academy Award nomination for Best Picture. Despite its age, “Jarhead” remains an excellent sniper film. On a par with “American Sniper,” it depicts the life of US soldier Anthony Swofford, a teenage Marine sniper nicknamed “Swoff.” In 2003, he published a memoir, which is the basis for this film. The role of Swoff is played by versatile actor Jake Gyllenhaal in this biographical war drama film, which was released in theaters in 2005.

Slang phrase “Jarhead,” used to describe a Marine, is the name of this sniper film’s title To top it all off, this entire film focuses on the psychological profile of a soldier who joins a Marine Corps unit to fight in Iraq and Afghanistan.

Viewers will see his emotional challenges as he undergoes basic military training and a sniper course at a boot camp in this episode. They were sent to Saudi Arabia for 175 days of heat, agony, and boredom after enduring so much hardship. Heartbreak awaits him upon returning from Iraq, where he was robbed of his only opportunity to shoot down an Iraqi commander.

Sam Mendes, the director of “James Bond,” has cast Peter Sarsgaard, Lucas Black, Jamie Foxx, John Krasinski, and Brian Geraghty in his “Jarhead” picture. Two sequels, “Jarhead 2: Field of Fire” and “Jarhead 3: The Siege,” were released in theaters in 2014 and 2016, respectively, after this sniper film. If you’re looking for the best war/sniper movies on our list, “Saving Private Ryan” is undoubtedly the best.

Tom Hanks plays a woman whose three boys have already died in the war, and this 1998 war action film chronicles her story. As a result, a special team is charged with rescuing Ryan, where each member dies on the battlefield while attempting to complete their duty.

“Saving Private Ryan” is a fictional story, but it is said to be based on the real-life experiences of a US soldier named Fritz Niland and a US military directive known as a solitary survivor directive.

Our selection of the top sniper movies includes Steven Spielberg’s The Sniper, which features an exciting short sniper duel. This epic World War II film was Spielberg’s best effort as a director.

Matt Damon, Edward Burns, and Tom Sizemore make up the rest of the “Saving Private Ryan” cast, which includes Hanks. “Three Kings,” a combat action film starring George Clooney and Mark Wahlberg, was directed by David O. Russell. A sniper movie that incorporates aspects of action, comedy, and drama is guaranteed to be a hit.

During the 1990 Gulf War, “Three Kings” tells the story of four American troops who team up to steal Saddam Hussein’s massive stash of Kuwaiti gold that is hidden near their military post. However, their scheme goes awry as they run out of time.

Meanwhile, Sergeant Troy Barlow, played by Wahlberg, succumbs to the Iraqi Intelligence, while three others escape. To save Troy, they promised to fight with the rebels in exchange for their assistance.

Film critics gave the film an impressive 94 percent approval rating upon its release in 1999, and the film has been acclaimed as the best war film ever filmed. While working in their jobs, three friends in Pennsylvania have a passion for deer hunting, which is why the film’s title refers to them as “The Three Musketeers.” Enlisting in the U.S. military to fight the Vietnam War impacted the lives of these three young men in ways they could never have imagined.

To begin, we see tidbits of the characters’ backstories, their relationships, and some of their more bumbling antics. While they’re in a distant place, they’re forced to confront the horrors of battle with fierce adversaries in a hostile environment, and they’re still trying to get back to normal life after a devastating occurrence.

“The Deer Hunter” received a slew of awards, including the Best Picture and Best Director Oscars, from film critics.