In the realm of finance and investing, there are a lot of strange true stories of people who worked on Wall Street or grew fascinated with money.

Moreover, these real-life incidents and financial difficulties have attracted many screenwriters and film filmmakers throughout the years.

Greed and money are the perfect combination for a blockbuster movie.

Although these Wall Street-themed films are enjoyable, they also contain a wealth of information about the investing sector.

So, whether you want to learn more about investing or just enjoy a good movie about Wall Street, here are a few suggestions.

What are some of the best Wall Street movies?

It’s possible to locate some of these stock market movies on Netflix or Hulu. As a result, I won’t attempt to list which movie is now playing on which channel.

However, I did add an IMDB biography so you can learn more about the film’s history, read reviews, and purchase or rent the movie from Amazon. The Big Short, starring Christian Bale, Steve Carrell, Brad Pitt, and Ryan Gosling, is a good place to start learning about Wall Street. It was nominated for numerous accolades, including an Oscar.

The story takes place between 2006 and 2007, just before the financial catastrophe of 2008. After identifying several weaknesses and corruption in the US mortgage system, a group of investors decided to gamble against it.

This film has a considerable amount of financial knowledge, however the film demystifies it in a light-hearted manner.

Along with financial knowledge, you’ll discover how some astute Wall Street investors foresaw many of the market’s problems before they materialized. However, no one would have believed them if they had told this story back then.

Of course, one of the best films on Wall Street is The Wolf of Wall Street, starring Leonardo DiCaprio. And it’s one of my personal favorites, too.

The narrative of Jordan Belfort, a Wall Street trader who went from being a small-time broker to one of the wealthiest in a matter of years, is the subject of this film.

Of course, he didn’t get there legally, and the federal government shut down his investing firm as a result.

For amusement purposes, most of the movie is based on Jordan Belfort’s own memoirs. For more than just the entertainment value, it serves as a reminder of Wall Street’s madness in the ’90s and a cautionary tale about greed.

The film directed by Martin Scorsese was nominated for five Academy Awards and countless other honors. Many Wall Street movies are based on real-life events, although not all of them are accurate.

We follow a college dropout as he finds work as an investment broker. It’s all about the money and achieving success at any cost. You’ll learn about the “Pump & Dump” technique of investing, which is still in use today in the stock market.

In 2000, Boiler Room was one of those movies that slipped under the radar. Then there’s the fact that it’s now a classic Wall Street movie that most people like.

Despite the prevalence of thrillers and true tales in financial films, there are times when a decent comedy is all that is needed to lighten the mood.

A wonderful variation from some of the other films on this list is the 1983 picture Trading Places.

Comedy starring Eddie Murphy and Dan Aykroyd and directed by Jon Landis, in which the lives of an investor and a con artist are flipped as the result of a bet.

In the movie, two wealthy people who operate a brokerage firm debate whether or not a person’s surroundings or their genes dictate how well they perform in life. To put this notion to the test, they’ve devised a small experiment. After a few more viewings and a more mature perspective, American Psycho became a favorite film of mine.

Patrick Bateman, a well-to-do New York City investment banker, and his psychopathic alter persona are the focus of the film. In spite of his wealth and success on Wall Street, he has a deep-seated need to engage in violent fantasies and engage in savagery.

It’s a dark, spooky, and at times amusing look into the mind of a predatory person.

It’s a fascinating glimpse into New York’s wealthy elite and a study of a man on the verge of madness, even though it’s fiction.

Of course, a list of the greatest films on the stock market would be incomplete without include the timeless classic Wall Street. Michael Douglas and Charlie Sheen feature in the film directed by Oliver Stone.

The story is set in the 1980s on Wall Street and follows an ambitious stockbroker who is determined to reach the top of his profession as quickly as possible.

Young stockbroker admires the now-infamous movie character, Gordon Gekko, who becomes a mentor and supplies him with insider trading advice.

To win an Oscar and several other honors, this non-fiction film had to contend with greed. In 2010, twenty years after the first Wall Street movie came out, a sequel was released.

At first, Gordon Gekko tries to redeem himself after being released from prison in this sequel.

A stockbroker (LaBeouf) who will be his future son-in-law helps him rebuild his money and defeats a Wall Street foe.

Among the many movies about stock trading, Rogue Trader is one that isn’t exactly about Wall Street.

In 1999, Ewan McGregar starred as Nick Leeson, an investment salesman who was responsible for the collapse of one of Britain’s oldest and most prominent banks.

The fact that this is based on a true story just adds to the intrigue of the film. Leeson’s “rogue trading” and how he ended up making fraudulent and unapproved trading actions are the focus of the plot in this film.

The 1995 collapse of Barings Bank, the oldest merchant bank in the United Kingdom, was directly linked to what he did, and he was sentenced to prison for it. This film takes a deep dive inside the mentality of a stock trader and the many ways things might go wrong. 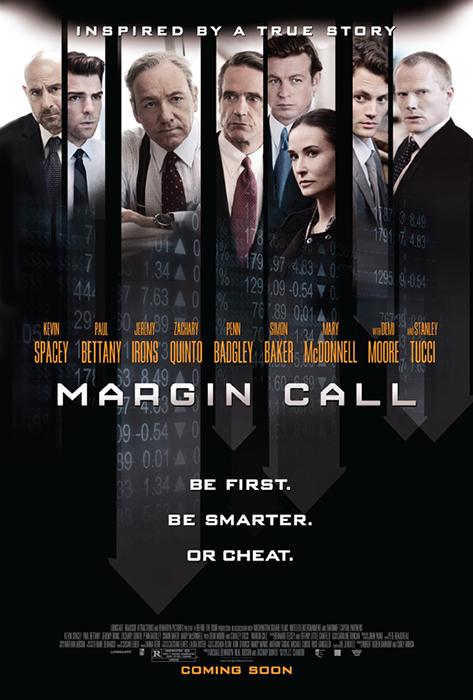 Margin Call, in my opinion, is an underappreciated film that received little attention when it premiered in 2011.

However, since then, I believe it has become a more well-known Wall Street classic.

Jeremy Irons, Kevin Spacey, Demi Moore, Stanley Tucci, and a slew of other well-known actors are among the stellar cast members.

This film, like The Big Short, deals with the 2008 financial crisis. This plot, on the other hand, follows a group of Wall Street investment bankers as they prepare for the impending collapse of their institution over the course of a single day.

The director/observations writer’s are based on lessons he gained in his own real estate dealings prior to the crash, even if the film is not based on any specific company.

Movies about Wall Street, many of which are based on true facts or events that occurred with fictional characters, can be found in the list above.

Many excellent documentaries about Wall Street and the stock market are also out there, however.

Even though documentaries may not be as exciting as other types of films, they are nonetheless fascinating and may teach you a lot about money.

There are several films on this list that deal with the financial crisis of 2008. People are still haunted by the events of that time, and many fear that it could happen again.

In the intervening years, there have been a few documentary films and investigations investigating what transpired.

A new documentary, Inside Job, narrated by Matt Damon and directed by Charles Ferguson, examines the factors that contributed to the financial crisis of 2008 through in-depth interviews with industry insiders. This film was nominated for various accolades, including the Oscar.

Many important players were unscrupulous, and you’ll realize that this entire financial disaster could have been avoided, but no action was taken. Definitely worth checking out. 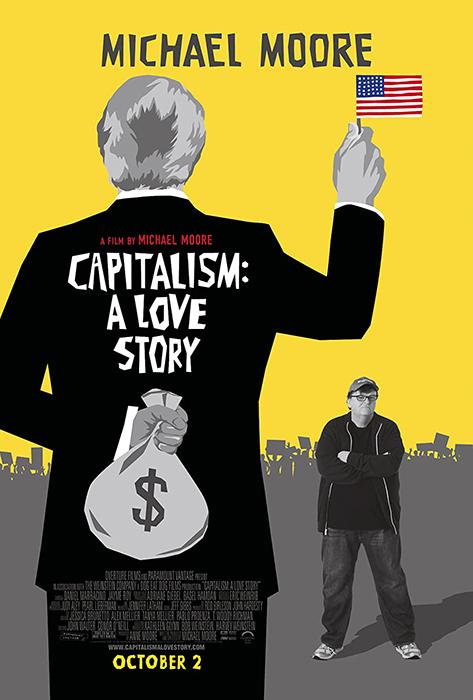 Whatever your opinion of director Michael Moore, you can’t dispute that he has a brilliant imagination and some excellent documentaries.

Some might be afraid of him because of his firm opinions, but he faces them head-on. I’d seen several of his previous films, including Bowling for Columbine, and knew I wanted to see Capitalism: A Love Story.

Afterward, he marches to Washington, D.C., to face and discover the truth about capitalism in our country by interviewing ordinary people and their difficulties.

A well-known stock market and financial figure, Bernie Madoff is almost certainly familiar to everyone who has read about these topics.

He was a NASDAQ non-executive chairman and former investment advisor who is currently serving a 150-year federal prison sentence for his huge Ponzi scheme. Furthermore, he has been accused of defrauding investors of billions of dollars in the past.

To learn more about how an investigator worked for years to bring Madoff and his scam to light, see the documentary Chasing Madoff. Interviews with people who were trying to bring him down and those who were conned are also included in the film.