A distinct type of atmosphere is created when people are kidnapped in films. Before you know the characters, it develops tension and elicits empathy from the audience. From a documentary, to sci-fi, to thrillers, our list of the top Netflix kidnapping movies encompasses a wide range of genres. As part of this list, we’ll also take a look at certain films that go beyond the simple term “kidnapping.”

Since kidnapping is such a broad topic, there aren’t many Netflix movies on the issue, but we were able to find the best ones for you to watch. Many of the best action, gritty, and often mesmerising CGI sequences can be found in kidnapping movies, as can the star performances that make these films so memorable. On that note, here is a list of some of Netflix’s best kidnapping movies—movies that will keep you on the edge of your seat and allow you to experience thrills in their purest form. On Hulu and Amazon Prime Video, you may also find kidnapping movies. Farhadi, an Iranian-born filmmaker, wrote and directed the picture, which stars Penelope Cruz and Javier Bardem. To the amazement of the audience, this thriller doesn’t feel like a thriller. Laura and Paco, played by Penelope Cruz and Javier Bardem, have been skillfully cast as ex-lovers, which is clear by their chemistry and also makes an essential point in the film.

Her younger sister is getting married, so Laura returns with her children to her hometown to be there for the occasion. Missing on the night of the wedding is Laura’s daughter, Irene (Carla Campra). There is no one who can be trusted as a succession of revelations are sparked.

The true incident of the kidnapping and murder of 15-year-old Nicholas Markowitz is the inspiration for this American criminal thriller film. Picture stars Emile Hirsch, Ben Foster, Anton Yelchin, Amanda Seyfried, Olivia Wilde, Bruce Willis, and Sharon Stone are all in the cast of the film.

Zack Mizursky (Anton Yelchin) is kidnapped by Johnny Truelove (Emile Hirsch) because his half-brother Jake (Ben Foster) is unable to pay off his debt to the “alpha dog.” For the Markowitz family, seeing a video detailing their son’s murder and revealing their personal pain to the world was a terrible experience. Despite this, they were moved by Yelchin’s portrayal of their son Nicholas at the premiere (named Zach Muzursky in the film). 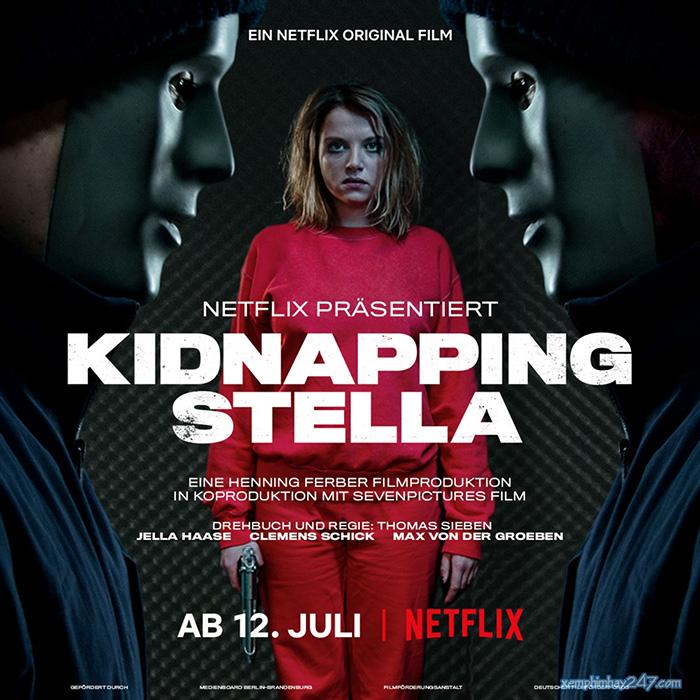 Thomas Sieben’s German thriller “Kidnapping Stella” is a remake of “The Disappearance of Alice Creed,” which came out in 2009. You can get a sense of what a minimalist film is by watching ‘Kidnapping Stella.’ All three main characters—two criminals named Tom and Vic and the young woman they kidnap—are featured prominently. It shows how Stella, despite being shackled and muzzled by her captors, uses her limited power to liberate herself. Sieben tries to tell a gripping story with just three actors and a limited number of settings, but he gets bogged down when he tries to stay too true to the original source material. To be successful, a remake must provide something fresh and original in addition to the familiar plot twists and turns of the original.

Filmed by Skye Borgman and dubbed “Forever B,” this true-crime documentary is directed by Borgman. The unusual kidnapping and rape of 12-year-old Jan Broberg by their neighbor Robert Berchtold is recounted by many people engaged in the real incident. Because the culprit was so close to Jan’s family, the incident makes us feel helpless and frustrated. Viewers will be drawn in by the documentary’s inclusion of Jan Broberg herself. That a little child and her family could be brainwashed into thinking something so unpleasant occurred before the era of the internet, social media, lightning-fast communication, and the availability of information. In ‘The Kindergarten Teacher,’ one of the year’s best Netflix original films, a teacher named Lisa Spinelli falls in love with one of her students after he exhibits an extraordinary gift for poetry writing. Lisa is married, but she and her husband and children do not have a good connection. The poetry class she takes each week is the only time she gets away from her routine. Even if she makes an effort to create something original, the teacher consistently labels her work as “derivative.” This is when Lisa learns the artistic ability of this kid Jimmy, and even tells his father about his enormous potential.

Jimmy’s father, on the other hand, is unconcerned about his son’s lyrical abilities and makes no effort to encourage them. Lisa thinks that something needs to be done, so she kidnaps Jimmy. As a remake of an Israeli film, ‘The Kindergarten Teacher’ manages to capture the essence of the original, yet the picture nevertheless has its own distinct tone. Definitely the star of the show is Maggie Gyllenhaal’s portrayal of the central character.

He is a serial murderer who abducts, tortures, and sexually assaulted women before killing them. Robert Hansen (John Cusack) Sgt. Jack Holcombe (Nicolas Cage), an Alaskan Trooper, suspects Hansen but has no proof to back him up. Hansen denies any wrongdoing. Cindy Paulson (Vanessa Hudgens), a young prostitute, now has to endure the ordeal of testifying.

The Frozen Ground is based on a true story of an Alaskan serial murderer who raped and murdered a large number of women; the exact number is unclear and will remain so as many of the bodies were never located. When people saw him as a married man with children, a reclusive baker who generally kept to himself, they were impressed. Inaccessible patches of forest where he stalked the abducted women like a game kept him unnoticed for years while he flew them on a private plane. He was sentenced to a total of 461 years in jail, with no chance of release.

When Thomas Richardson learns that his sister has been taken by a religious cult and imprisoned on a tightly guarded island, he sets out to find her and bring her back to safety. With his sister in the grips of this cult, Thomas decides to invade the island pretending to be a member of the group. Thomas is startled by the crimes committed by the cult’s leaders and the terrible treatment of their captives after he arrives on the island. Even more nasty and cruel is this island that was intended as a safe haven from the corruption of the mainland.

What sets this film distinct from most other horror films is the quality of the filmmaking. This frightening universe where the cult operates is beautifully concocted by writer-directorGareth Evans, who immerses us in the deepest reaches of his mind. For horror film fans, Apostle is a must-see. Those who haven’t seen it are doing themselves a disservice. In 1996, Joel Coen won the Best Director Award for his critically praised thriller, which premiered at the Cannes Film Festival. As a result, the film has also been nominated for seven Oscars and won two, including Best Original Screenplay and Best Director. When Jerry Lundegaard (William H. Macy) is buried in debt, he employs two goons to kidnap his own wife. However, the plan goes astray when the thugs kill a state policeman with the ransom money intended to pay for his wife’s release.

In ‘Forgotten,’ one of the most intriguing films on this list, a young guy named Jin-seok sets out to discover the truth behind his brother’s kidnapping.

His brother, Yoo-seok, was kidnapped and held captive for 19 days before being unexpectedly released. Since Yoo-seok has no recollection of anything that happened in those days, his family has no idea what happened. His brother and family are not who they appear to be after a few days of doubt, and it dawns on Jin-seok that they are lying. Jin-seok goes to the police to report that he was kidnapped by a group of strangers, fearing for his life. A frightening and intriguing new direction is then taken by the film.

Tua, an artificial intelligence named Tau, is a science fiction thriller about a lady and her relationship with Tau (Gary Oldman). She wakes up to discover an implant in the back of her neck after she was stolen from her house. She smashes the cell she was being confined in and the lab next door in an attempt to flee. Her kidnapper, Alex (Ed Skrein), is desperate to keep her alive because he has suffered a major setback in his research because his lab was damaged. To get knowledge about Alex’s experiments and the house in exchange for outside information, she builds a friendship with Tau. 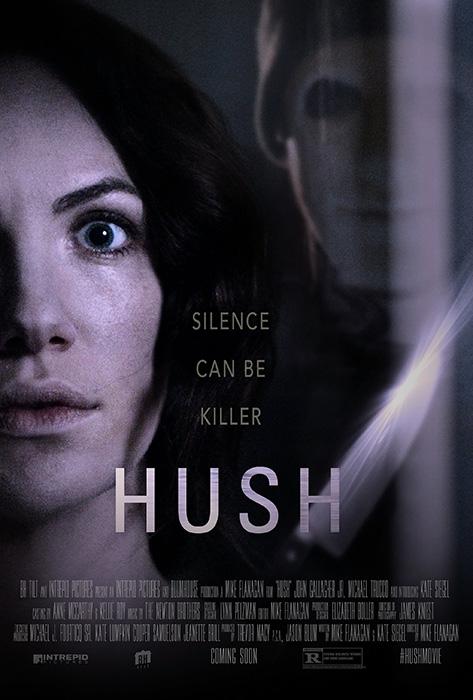 Maddie, who is deaf and dumb, is a stay-at-home writer who lives in an isolated area in an invasion scenario at the outset. She’s used to it, having been deaf and silent for more than half her life. Sarah, a friend who comes to check on her from time to time, is a frequent visitor to her house. At some point on a fine day, Sarah returns to her door and even starts beating on the door while Maddie cooks her food and does her chores as Sarah is slain. He falls enamored with Maddie when he knocks on the door and she doesn’t answer, so he grabs her phone, takes photos of her, and sends her back. As expected, she overpowers him and murders the murderer in a bizarre twist of events. ‘Hush’ offers the kind of subtle scares that might appear regular in any other picture, but the film’s great sound design makes them terrifying.

The dying days of Madalyn Murray O’Hair, a talk show regular who advocated for religious freedom, are depicted in this true story. Her parents, who are ardent Christians, were outraged after she had two children outside of marriage. After her kid was made to repeat the Lord’s Prayer in school, she started a campaign to eliminate prayer from schools. This led in the Supreme Court deeming obligatory school prayer unconstitutional.. As an anti-religious leader and founder of the American Atheists, she was dubbed “The Most Hated Woman in America” by critics. When Madalyn (Melissa Leo) and her son and granddaughter were kidnapped by her angry employee David Waters, no one took it seriously because Madalyn has done publicity stunts before (Josh Lucas). Tallulah, a teenage homeless girl, lives with her boyfriend Nico on the road with the help of her best friend Ellen (Elliott Page). Lu (Tallulah) comes to New York City in search of food and shelter after they both break up. She would often scavenge for food outside of hotel rooms in order to make ends meet. In the middle of one of her heists, she meets Carolyn, a mother who wants Lu to babysit her child. Lu brings the baby to Margo, Nico’s mother, and says that the baby is theirs as police surround the hotel and Carolyn is nowhere to be found. As a result, Margo hesitantly invites both of them into her house. A abduction movie, it’s lighthearted subject matter and dark comedy make it enjoyable to see.

In “Secuestro” (or “Boy Missing”), a mother’s quest to save her kidnapped son is the focus of this thriller. The plot isn’t particularly original, but the way it’s carried out sets this Spanish film apart from the competition. The director, Oriol Paulo, has created a film that is both atmospheric and full of unexpected turns. Action thriller with good performances and innovative director’s choices that keeps you on the edge of your seat. Let the subtitles not scare you away from giving it a go. Dae-ho, a journalist, is trying to find his kidnapped son three years after the fact. Dae-ho is able to relive the day his son was kidnapped through lucid dreaming, despite the case being cold. In “Lucid Dream,” you’ll be glued to your seat from start to finish. The plot contains many twists and turns, and the investigations in the dreams and the actual world are intertwined. Smart South Korean interpretation of the “Inception” film.