I believe I understand your current situation. You’ve undoubtedly seen one or two anime films and absolutely enjoyed them.

Any additional well-known Japanese anime flicks on your list? Each of the following top animated films has its own distinct storyline, which makes them all the more enjoyable to watch.

A large part of modern Japanese culture has been influenced by manga and anime for a very long period.

If you ever get the chance to visit Tokyo, don’t miss out on Akihabara (an anime and manga paradise) and the Ghibli Museum! There’s no doubt you’ll have an amazing time there.

Anime is a broad and diverse subgenre of cinema. If you’re new to anime, figuring out where to begin can be a challenge. It’s a good thing that there are a lot of amazing anime movies to get started with.

Additionally, some of them include English dubbing as well (the translation and recording of the voice actors in English).

Some of the best anime films have found their way to the West, where they have often been met with critical praise. There are many anime-related themes and styles explored in these films, making them a good introduction to the genre. 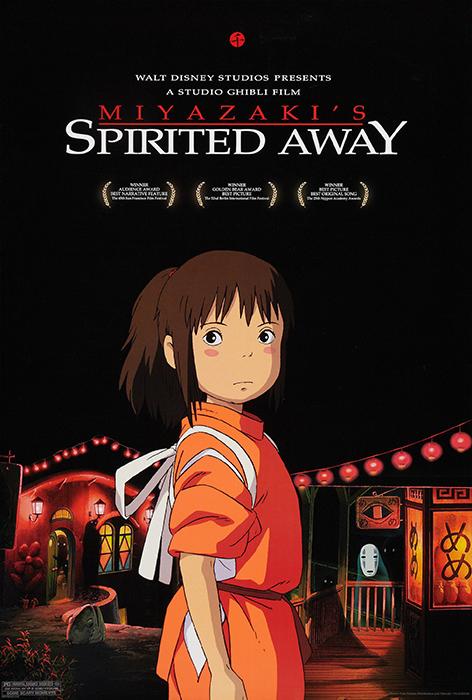 Modern Japanese sensibilities meet the tales and stories of ancient Japan in Spirited Away, an all-time masterpiece.

After finding a seemingly abandoned theme park, a family on their way to their new home becomes entwined in a mysterious ghost world as they attempt to save their parents..

She runs into a variety of fascinating characters along the road, all of whom either aid or obstruct her mission. The animation in Spirited Away, along with all of Studio Ghibli’s work, is stunning. You’ll be sucked in by the fantastic animation and superb voice acting.

It’s important to remember that the Ghibli Museum in Tokyo’s Mitaka City is a must-see stop. It takes less than 20 minutes to walk from Mitaka Station to the museum through Inokashira Park.

Even though it’s a fantasy film, “My Neighbor Totoro” focuses on family. This is a delightful film by Studio Ghibli.

The friendly nature spirits of the area greet a family as they move into their new home.

From there, they discover more about the unusual world of the spirit and work through their own issues with its assistance.

The film alternates between several emotional states, including happy, sad, comical, and frightful. It’s a wonderful story for children and adults alike.

3) Grave of the Fireflies A dark anime film, Grave of the Fireflies is one of the most popular. During the final months of World War II, a pair of siblings are forced to fight for their lives.

This is an intense film that should not be viewed by minors under the age of 18. Countless tragedies are depicted, as is the depth of human suffering.

A number of interpretations have been made of the picture; the director denies that it is an anti-war film.

This is a heartbreaking short that serves as an excellent primer for anyone interested in seeing how the often lighthearted anime genre can be adapted to tackle more serious subjects.

It is the story of Princess Mononoke, a young cursed prince, who is banished to the forest in the midst of a bloody conflict between old spirits and modern industrialization.

Both sides are represented in the film, and the English voice cast does an outstanding job.

This film is brimming with romance and adventure, making it another another Studio Ghibli masterpiece.

Even if you’re not a big lover of anime or animated films, this is a must-see if you’re searching for an epic fantasy film. Kiki, an apprentice witch, launches a broom delivery service. She goes through a series of misfortunes in the film. It’s a lovely and light-hearted narrative of adolescence.

It’s a joy to see Kiki mature and develop both as a person and as a witch (witches in this universe are quite charming).

Another Studio Ghibli production, and you can tell that they’ve had a hand in both the animation and the text in this one.

Children will enjoy the film the most because the protagonists are all children who have to figure out their own route in life. Here’s where you can buy the DVD of this fantastic animated movie.

6) Castle in the Sky

It was with this great epic that Studio Ghibli made its debut on the big screen.

We’re taken on an adventure with a young couple trying to keep a magical crystal out of the clutches of an ambitious and nasty guy in a weird world full of air pirates and flying cities.

The journey takes numerous turns before coming to a magnificent conclusion. An action-packed and visually stunning animated picture that’s a lot of fun to see. 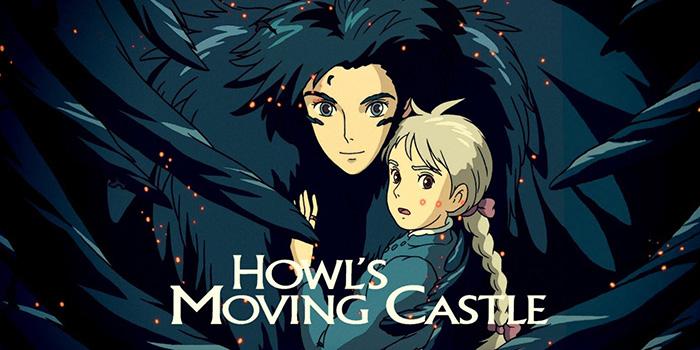 Diana Wynne Jones’s Western novel, “Howl’s Moving Castle,” was the inspiration for Studio Ghibli’s adaptation of the film. Even if you’ve read the book and are familiar with the story, you’ll find plenty of surprises here.

As a young girl, Sophie is saved from a terrible witch by the charismatic wizard Howl, only to be cursed to take the shape of an old woman by the same witch she was saved from.

She gets a job cleaning houses for the same wizard Howl, who is going to be overwhelmed by his own problems.

This film is both lovely and heartwarming, as well as a lot of fun. In the English dub, Christian Bale lends his voice to the lovable Howl. Take a look at it!

8) Nausicaä of the Valley of the Wind

Princess Nausicaä struggles to bring together a world torn and changed by apocalyptic war.

After learning about and befriending huge mutant insects that emerged from a toxic jungle, she is forced to defend them against terrified humans.

A odd and uplifting piece of work, yet there is also a fair amount of tragedy in it. Check out this film if you’re looking for something unique and wonderful. Purchase a copy of the DVD here. The dismal future of Akira is depicted through the lens of cyberpunk. The primary characters in Neo-Tokyo are all members of a motorcycle gang engaged in a bloody turf war.

During one of their confrontations, one of the members gets a fortuitous meeting with a psychic esper, which sets off a frenzied dash with apocalyptic implications.

Strange movie with a lot of creepy visuals, especially in the final act. In addition to being a science fiction classic, it’s also an anime classic.

It was released in 2016 and has since received a lot of attention. “Your Name (Kimi No Na Wa)”

Fish-out-of-water stories aren’t the only option. In addition to romance, there are a few unexpected twists that add to the suspense. The English dub of this film has been widely lauded for its art direction.

The films listed above are among the best in Japanese animation. The Wind Rises, I Want to Eat Your Pancreas, A Silent Voice, Tenki no ko (Weathering with You), Wolf Children, and Byosoku 5 senchimetoru are some of the other anime films I recommend you watch (5 Centimeters Per Second).