It’s hard to argue with George Clooney as a movie star. With his dashing good fortunes and obvious appeal, he’s a kind of a throwback to the golden age of Hollywood. He got work as a humble struggling actor before playing in blockbuster hits like Ocean’s Eleven, Gravity, and Michael Clayton.

Before his breakout role as Dr. Doug Ross on ER in the mid-nineties, he appeared in minor roles on sitcoms including The Facts of Life and Golden Girls in the 1980s. Since then, he’s only gotten brighter in the eyes of the public.

Both as an actor and as a producer, George Clooney has won several Oscars, including for his work on both big-budget blockbusters and smaller indie films. Also, he’s had his fair share of failures, most memorably in his portrayal of Batman in Batman and Robin, which was so awful that it effectively ended its run.

George Clooney has had more hits than misses, so we’ve compiled a list of his 10 best films, including a few you may have missed. Look around. This Chuck Barris biopic directed by George Clooney is a must-see (played by Sam Rockwell). The Gong Show, which Barris produced and hosted, was so absurd that it’s hard to believe it was as successful as it was (its influence over TV is still evident today). Millions of people tuned in to watch the crazily untalented fail on the small screen because Barris realized that many individuals were desperate for their 15 minutes of fame, even if they were completely untalented.

Barris would like you to believe that he was more than just a game show presenter, but that’s just what he was. based on Barris’ “unauthorized biography” of the same name authored by the guy himself, Confessions Of A Dangerous Mind Chuck Barris, played by Sam Rockwell, is shown as an alcoholic jerk with delusions of grandeur in the film. Jim Byrd, a CIA agent who recruits Barris to be an undercover spy, was played by Clooney.

According to Barris’ book, he was a CIA assassin who utilized his disguise as game show presenter to go across the world and kill American adversaries. As Chuck Barris, Rockwell depicts Barris’ unpredictable and at times crazy conduct. If you haven’t seen it yet, do so immediately. Additionally, it is George Clooney’s directorial debut, which he performs extremely well in this picture, and he would go on to make another film that made this list.

George Clooney’s acting career was at its pinnacle when he starred in Michael Clayton. He was nominated for an Academy Award for Best Actor in the same year that other critically acclaimed films like Syriana and Good Night, and Good Luck were released.

We get a corporate cover-up over a cancer-causing weed killer and a fellow partner losing his mind (and finally getting murdered) to keep the story out of the press in this fascinating drama of a high-powered New York attorney.

With no one else capable of reviving this legendary tale, George Clooney is the only one who can bring it back to life. We may easily write off the Three Kings today. Style and narrative are both a little out of date in this novel. Just as an interesting fact, it was released three years before the second Iraqi invasion and is a heist film set during the first Gulf War. As a result, the perspective on history has changed dramatically in the last two decades.

It was pioneering when it was first released, but now that it’s had such an impact, the film’s approach almost feels manufactured. The film’s aesthetic is similar to many others today because of the strong reliance on handheld steady cams and the overly saturated colorization, but at the time, nothing else looked or felt like it.

Three Kings, starring George Clooney, is a triumph. It shows the actor’s development into the Hollywood star he was always intended to be. George Clooney’s performance, with Ice Cube, Mark Wahlberg, and Spike Jonze, glows with his characteristic charisma, despite his long-running spat with Russell.

Your life will not be transformed by Up In The Air. It won’t cause you to rethink your entire worldview or urge you to take action to change the world. It will make you happy and provide a welcome respite from the stresses of everyday life.

There’s nothing heavy or heaving about George Clooney’s performance in Up In The Air. To be honest, it’s a very excellent thing, not a terrible thing. I can’t deny that the picture, like Clooney himself, is delightful.

A downsizer played by George Clooney travels the country as a corporate consultant, specializing in layoffs, to tell his story. Every week, he jets off to a different city, seldom staying more than a couple of nights in any one area. He’s on the road all the time, taking full advantage of his American Airlines frequent traveler status. The road is his true home, and he has no intention of ever settling down anywhere.

A bevy of actors from Up In The Air were nominated for awards, including George Clooney for his lead part and Anna Kendrick for her breakout appearance as Clooney’s teenage apprentice. 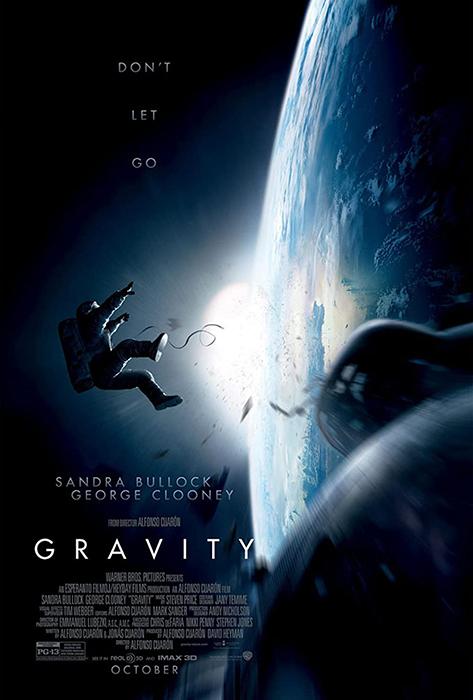 George Clooney was in full movie star form in 2013’s Gravity. If his cowboy-like astronaut persona is to blame, it’s because Clooney is confident in his own talents. Gravity, the new film from director Alfonso Cuarón and staring Sandra Bullock, has all the makings of a big hit.

Gravity, the compelling tale of two astronauts stranded in outer space, was nominated for a record-breaking ten Academy Awards and took home seven of them, including Best Actress for Sandra Bullock, Best Director for Alfonso Cuarón, and the majority of the technical ones.

It’s a visually stunning film with a surprising amount of tension. Even though it’s not the most taxing role George Clooney has ever taken on, it deserves to be on this list because of the amazing film it is.

Is it possible to make a hit film with George Clooney as the starring guy but without seeing a single inch of his face? Wes Anderson’s animated classic Fantastic Mr. Fox demonstrates that it is possible.

When it’s simply his voice, George Clooney’s irrepressible charisma shines through. Despite the fact that he’s portraying an animated fox, viewers immediately recognize George Clooney as the actor behind the character.

Fantastic This is Wes Anderson’s first animated film, but it reads like a live-action Anderson film, with the same precisely calibrated camera angles and a wonderful soundtrack. As engaging and entertaining as any previous Wes Anderson film, this one features George Clooney in top form. Even better than the animated film that won every award in animation in 2014, Up. George Clooney’s career took a major turn in Good Night, and Good Luck. Despite the fact that it wasn’t his first feature film, he was nominated for Best Director at the Academy Awards for his work on the film.

Edward R. Murrow, played by David Strathairn, is the star of the film, which depicts the early days of television news during the Red Scare and the anti-communist hearings held by Senator Joseph McCarthy.

This dramatic recounting of a pivotal time in American history is a George Clooney directorial masterwork that took a number of risks, not the least of which was to release the picture in black and white.

Syriana is a difficult picture that demands considerable attention from the audience. Additionally, it can lead to some confusion because of this. It’s a common topic in many of the (mainly positive) reviews of the game. If you stick with it, you’ll be amazed.

As a result of his outstanding performance, George Clooney was awarded the Academy Award for Best Supporting Actor, the only one he has received to date.

George Clooney plays a CIA agent trying to stop the flow of illegal weapons into the Middle East in the film, which also has a stellar cast, including Matt Damon, Christopher Plummer and Jeffery Wright. Where is my Brother? the first time George Clooney has worked with the Coen brothers and his performance is simply outstanding. As an escaped convict, Clooney portrays a conman who is trying to reach a stash of money that he hid before his imprisonment in an area that would soon be flooded due to the construction of an enormous dam.

With John Turturro and Tim Blake Nelson as his co-conspirators, George Clooney sets off on an epic journey across Depression-era Mississippi, encountering all manner of strange and beautiful personalities along the way.

As the charming con artist with a “talent for gab,” this actor excels in his part. It’s as if the Coen brothers and George Clooney are speaking to each other, and the audience can’t get enough of it. There are many brilliant filmmakers and actresses working at their height in O Brother.

Among Ocean’s Eleven, George Clooney is the star of the show in a cast that includes Brad Pitt, Matt Damon, Don Cheadle, Casey Affleck, Julie Roberts, and Andy Garcia, among many others. With such a large throng, it’s not simple to stand out, yet Clooney manages it with ease.

Though no one could have been expected to do it, George Clooney’s Danny Ocean, the mastermind behind a world-class robbery on the vaults of three casinos, manages it admirably. In the role of a leading man, he exudes confidence and swagger that perfectly matches the film’s lighthearted tone.

To see that Clooney had a great time filming this movie and that it was a huge hit helped establish him as one of the greatest actors in the world at the time and for many years to come.

There are a few notable omissions from this list, including Clooney’s starring roles in The Perfect Storm and The Descendants; both of which earned him a Golden Globe.

This doesn’t mean that any ranking of George Clooney’s top films should exclude them; rather, their inclusion is a monument to how many excellent films he has made and performances he has given over the years. A movie star in his own right, George Clooney is a force to be reckoned with. It doesn’t matter if he’s the worst Batman ever.