Hermione in Harry Potter is Emma Watson’s most famous role. In spite of this, she has a long list of additional projects. This is according to IMDb, which ranks these among the top 10.

When she played Hermione Granger in the Harry Potter films, Emma Watson captivated the globe. Audiences were mesmerized as they watched her grow up from a 14-year-old child actor to an accomplished 21-year old adult. She was excellent for the role of the female wizard. When it comes to the Harry Potter films, she did a lot more than merely cast spells

As a result of her part in Harry Potter and the Order of the Phoenix, Emma Watson has gone on to play a variety of other roles in both television and film. When she was merely a child star in a huge franchise, she proved that she was more than simply a child actor. Based on IMDb ratings, below are the top 10 non-Harry Potter movies starring Emma Watson. The Circle, starring Emma Watson and Tom Hanks, was released in 2017. Even though Hanks rarely has a bad movie, this one seems to slip under the radar for most fans, but nevertheless garnered an average rating from IMDb users, despite the bad critical reviews. However, the low budget, which is unusual for a Tom Hanks film, helped it to achieve a modest financial success.

She is Mae, a lady who accepts a position with the world’s largest social media firm. When the founder encourages her to participate in an experiment testing the borders of ethics and privacy, she accepts.

The Bling Ring was Emma Watson’s first major role as an adult. Filmed in California, it was based on an actual incident about a gang that was breaking into celebrities’ houses and robbing their valuables. Known as the “Bling Ring,” the gang was made up of young people eager for fame and money. The film was directed by Sofia Coppola.

Emma Watson portrayed Nicki Moore, a character based on Alexis Neiers, in the film adaptation. When Paris Hilton’s mansion was robbed by the two adolescents who launched the entire heist attempt, Nikki was there to witness it. When this film was released, it showed that Watson was more than just Hermione Granger. Alejandro Amenabar, a well-known Spanish filmmaker, cast Emma Watson in a film released in 2015. It was a psychological thriller starring Ethan Hawke who played a police officer tasked with examining the case of a dad who confessed to assaulting his teenage daughter but had no memory of doing it.

During the ’90s satanic cult panic, Emma Watson plays the daughter who accuses the assailants of wearing masks, leading the authorities to believe they were members of the cult. An average rating on IMDb was retained even though most critics were unimpressed with this film.

Emma Watson’s debut film outside of the Harry Potter franchise was an animated feature, which should come as no surprise. Watson was able to play a persona that did not adversely influence Hermione’s on-screen reputation in this film. “The Tale of Despereaux” was the name of the film from 2008.

Despereaux (Matthew Broderick) is a young mouse who sets out to rescue his best friend, the kidnapped Princess Pea (Julianne Moore). The princess is voiced by Emma Watson. After proving she was a rising star in The Bling Ring, Emma Watson also took on a role that showed she had no qualms about making light of her own shortcomings. Seth Rogen and Evan Goldberg’s This Is the End was the title of that film.

Every character in the film plays a heightened version of themselves in the film’s parody of the end of the world. At James Franco’s party, Emma Watson shows up as someone who attacks the survivors and steals all of their alcohol after the apocalypse.

When Harry Potter came to an end, Emma Watson didn’t move on to another live-action film role. While Harry Potter and the Deathly Hallows, Part 2 was released in 2011, My Week with Marilyn was published in 2010. Marilyn Monroe’s life was depicted in a single week in the film.

In her portrayal of Monroe, Michelle Williams earned a Golden Globe Award. She portrayed a wardrobe assistant who was dating Colin (Eddie Redmayne), the guy who drove Monroe around town before falling for her and upsetting her relationship with Lucy. Emma Watson

Colonia, a historical thriller, was Emma Watson’s latest role in her adult career in 2015. The film is set in Chile during the military coup of 1973. The Colonia Dignidad cult, led by Paul Schafer, was the primary focus during this period.

Lena, played by Emma Watson, is a lady who joins the cult when her husband is kidnapped by the group. When Daniel’s in their clutches since the cult has never let anyone go before. In contrast to Rotten Tomatoes, IMDb users were more complimentary of the film. 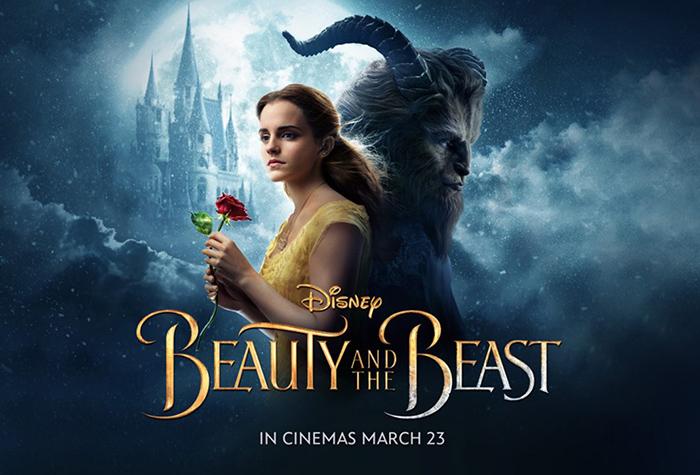 Her most prominent role since the end of the Harry Potter series was played in 2017 by Emma Watson. As Belle in the live-action rendition of Beauty and the Beast, she was cast. Watson, a bookworm who fell in love with the Beast (Dan Stevens) and helped him rediscover his humanity, was directed by Bill Condon.

The film was a great success, generating $1.2 billion, making it Watson’s largest commercial triumph outside of the Harry Potter series. Watson won an MTV award for the role, and IMDb users have given it a perfect score of 7.1.

The Perks of Being a Wallflower was Emma Watson’s first major film role since the Harry Potter franchise came to an end in 2012. Adapted from Stephen Chbosky’s novel, which he directed. One of the film’s stars is Logan Lerman, who previously portrayed Percy Jackson in the movies.

As Charlie, a high school student in The Perks of Being a Wallflower, Lerman takes on the role of narrator and writer. Because of his clinical depression and anxiety, this encounter is more difficult for him. When Charlie first meets Sam, a senior named Emma Watson, he establishes a bond with her. This year, Emma Watson starred in one of the year’s best films, and it could be her best work ever. Greta Gerwig adapted the classic novel Little Women for the big screen. With Gerwig declaring she made the film that had the ending author Louisa May Alcott envisioned, the film was a faithful adaptation, but put a wrench into the ending.