The quality of DC’s animated films is out of this world. There have, of course, been some misses. The Killing Joke and Batman: Hush, two of DC Comics’ most famous stories, never received the film adaptation treatment they deserved. Batman: The Long Halloween and Batman: Under the Red Hood, on the other hand, benefited from brilliant adaptations that stand as some of the studio’s finest animated efforts. With a wide range of quality, DC’s decade-long animation collection is a mixed bag of frustratingly poor and stunningly fantastic.

For the sake of celebrating DC’s animated adventures and the upcoming animated version of Injustice, we’ve compiled a list of the seven best DC and Warner Bros. animated movies to date.

7. Batman: The Long Halloween, Part One With its release earlier this year, Batman: The Long Halloween, Part One offers an intriguing and unexpected story. A somber, brooding power was added by Jeff Loeb and Tim Sale to the source material, while yet pushing Batman ahead in inventive ways.

The Caped Crusader is on the hunt for a holiday-themed serial killer in this story. The tensions between the Falcone crime family and their enemies, the Maronis, have been ratcheted up by the arrival of the Holiday Killer. Of course, Batman’s search for Holiday puts him in even greater jeopardy as he tries to get between the warring families.

Aside from his brute strength, Batman’s appeal has always been based on his ability to use deduction, commitment, and diabolical ingenuity to beat his adversaries. Batman: The Long Halloween’s emphasis on Batman the Detective is one of its sharpest features. This element is taken from the novel and adapted for the film by the adaptation. Bone-chilling magnificence was the end outcome. A relentlessly exciting embodiment of all that the superhero genre has always been: massive, action-packed, and fleeting. Justice League Dark: Apokolips War However, there is more to it than that. Apokolips War is an epic of cosmic significance that takes super-folly to a deliciously dark place and doesn’t hold back.

In the wake of Justice League Dark: Apokolips War, DC Comics has opened the door to a variety of standalone storylines and highly anticipated adaptations. You wouldn’t expect it to end this way, but it’s a cleverly designed climax that challenges the meaning of success and failure. DC: The New Frontier was written and drawn by Darwyn Cooke in 2004. DC had to have an animated version of the limited series because it was an immediate classic. After four years, they finally had a baby.

It was never going to be easy to adapt Cooke’s great superhero epic. The man was a master of the medium, whose brilliance was impossible to duplicate. Although Justice League: The New Frontier didn’t completely replace its source material, it did a great job of enhancing it.

4. Batman: Mask of the Phantasm 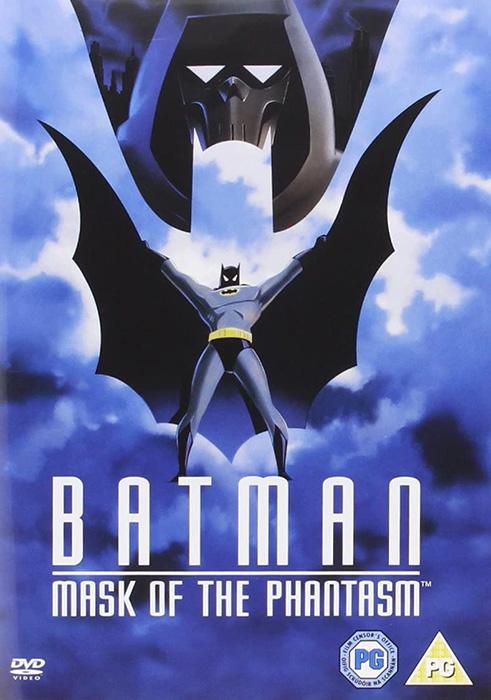 When the animated series was brought to the big screen by directors Bruce Timm and Eric Radomski, they didn’t merely bring its unique look. With the help of an all-star team of renowned writers and producers, they hoped to create something truly special. That’s what they did, according to the spoiler alert.

A direct-to-video Batman film that became one of the best and most eloquent Batman flicks is truly astounding. After decades, it still stands up to the most popular Caped Crusader legends. Superman: Man of the Future blew my mind. Emotional and action-packed, Tim Sheridan’s hard-hitting script gives us a Superman story that relies heavily on the charm of two beloved B-list characters.

Lobo and Parasite were two of the show’s most memorable characters. Lobo is just as much of a scene stealer there as he is here; he savors every minute and wrestles every chuckle from Superman in order to emerge victorious. An emotive genesis narrative for Rudy Jones/Parasite makes him more likable than the cartoon series.

I’d suggest Superman: Man of Tomorrow to everyone, even if they’re not a huge lover of the superhero genre. Superman is portrayed in a way that is relatable, approachable, and sincere in this film.

2. Batman: Under the Red Hood Batman: Under the Red Hood is one of Batman’s most gruesome stories to date. Batman: Under the Hood, written and drawn by Judd Winick and Doug Mahnke, involves the reappearance of the second Robin, Jason Todd, who the Joker murdered years before to the beginning of the story.

Here, you’ll find a number of entertaining performances that enhance an already fantastic episode. This season’s cast includes Bruce Greenwood as Batman/Bruce Wayne, Jensen Ackles as Red Hood and Neil Patrick Harris as Nightwing. It’s John DiMaggio’s portrayal of the Joker that piques my interest the most. The similarities between his Joker voice and that of Mark Hamill’s were unnecessary, which was a wise decision. In order to avoid disappointing an entire fandom, instead of attempting to outdo the best, he goes in a different way with the character.

Because of its exceptional quality and because it serves as a source of inspiration for many Batman stories, Batman: Under the Red Hood is an excellent starting point for newcomers to the Batman universe.

1. Batman Beyond: Return of the Joker How gruesome is Batman Beyond: The Joker Returns? Just as much as it’s the most upsetting thing to come out of the new Batman Beyond series, it’s also the darkest.

The Joker has returned, but not in the way you may anticipate, as implied by the title. Is this not enough to scare you? Then give it a try. The Clown Prince of Crime has advanced in numerous ways. A microchip is implanted inside Tim Drake that is loaded with his consciousness, and the erstwhile Robin is taken over by the thief. Tim is tortured for weeks by the Joker at Arkham as a nod to the comics event Death in the Family. We’ve never seen a Joker quite like this before in an animated film or television show. It’s then that you have Mark Hamill as a Joker who has transcended his own depravity. Even for a Batman story, this is a new level of darkness, and it should not be missed.