Tattoos are a way for certain anime characters to express themselves.

Many young adults have at least one tattoo on their body, and this trend is expected to continue for years to come. In Japan, tattoos have long been associated with criminality, but as the country has progressed, tattoos have become more accepted as an art form.

As a result, over time, we’ve seen an increase in the number of anime characters with body art. Horimiya, a romantic anime recently popularized by its main male protagonist hiding his piercings and tattoos from his classmates, is an example of this trend.

1. Kamina’s Large Tattoos Make Him One Of The Most Stylish Anime Characters Kamina was the leader of the crew in the first Gurren Lagan installment. Simon’s hero and Yoko’s love interest, he was a man Simon looked up to.

Despite his early death, Kamina was noted for his memorable catchphrases and distinct appearance. There are two tattoo bands on each of his arms, and a distinctive flame-shaped tattoo on his back, which make him beloved by many anime lovers.

2. Nami Covers Up Her Old Crew With a Stylish Tribal Tattoo

Nami has been with Luffy since chapter 8 of the One Piece manga, when she joined the Straw Hats as one of the original members. She is known as “Cat Burglar” because of her reputation as a fearsome burglar.

With a huge tattoo on her shoulder, Nami has maintained a fashionable look throughout the series. Rather than being a symbol of her love for Arlong, the tattoo depicting mikan and pinwheels is actually a cover-up. She serves as the ship’s navigator and aspires to map the entire globe.

3. Renji Abarai Is A Fiesty Character Whose Body is Framed With Tribal Work Renji’s chest and stomach are framed by a variety of tribal tattoos, which adorn his entire body. He is a lieutenant in the 6th division and made his debut in Bleach chapter 51, making him one of the oldest cast members.

He initially intends to be the one to defeat Ichigo in the series, but after helping the latter save Rukia, he changes his mind. Renjy was a major threat to Ichigo at the beginning of the series, and he could have done great harm.

Anime character Natsu is the protagonist of Fairy Tail and a well-known character in general. Igneel, his adoptive father, has been searching for his adopted son Natsu for some time, and Natsu is a powerful young man with the ability to control fire.

Natsu joins the Fairy Tail guild, which has a reputation for setting things ablaze whenever they come into contact with them. The Fairy Tail guild symbol is tattooed on his body, as it is on the skin of all of his fellow members. The main character of the Vampire Knight series, Zero Kiryu. Fans of the program will recognize him right away because of the detailed pattern of the seal tattoo on his neck and the daggers he wields.

To capture Yuki’s heart and save her from calamity, Zero must deal with his opponent Kaname, a complete vampire, in order to do so.

6. Medusa Gorgon Is A Powerful Witch Wrapped in Ink

Soul Eater manga’s Medusa is a formidable witch who arrives in the 15th chapter. Medusa is a contradictory figure who pretends to have compassion for others while harboring dark intentions of her own.

Because of her, Death’s eldest son Asura was freed from prison, and she is also the mother of the tragic character Crona. Fans can recognize her from her tattoos of spiral dots all over her body.

7. Revy Is A Strong Woman Who Shows Off Her Tattoo While Wielding Her Gun With curled tribal patterns running up her upper arm, Revy is an inked-up woman. She is a character from Black Lagoon, a popular anime. Revy is a lady who is both rebellious and violent, which gives her an advantage in combat.

She is well-known for her sass, firearms skills, and lack of compassion for those she considers her adversaries. It’s despite all of this that she is considered by many to be one of the show’s best characters.

8. Scar Is The Tragic Alchemist With A Unique Tattoo Going Up His Arm

Scar has a lot of tattoos in Fullmetal Alchemist, but his most recognizable are the scar on his face and the alchemy tattoos on his arm, which include a few tribal bands. Retribution against those who massacred his people and against the State Alchemists are his main goals as an Ishvalan survivor.

Despite having a good heart, Scar has become tainted by his desire for vengeance. Even though he intends to kill people he considers to be his adversaries, he treats them with respect towards the end.

9. Nicolas Brown Is The Kind-Hearted Mercenary With Wing-Like Tattoos 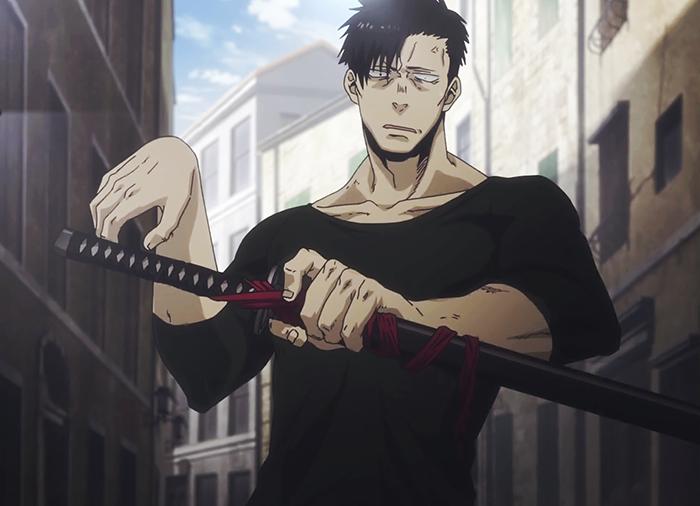 This character from Gangsta has a tattoo on his back, so it’s not shocking. The tattoo is also tribal in style, although it resembles wings in some ways. In addition to his physical prowess, Nicolas is a kindhearted mercenary who goes out of his way to aid those in need.

Even though he and Worrick aren’t gang members, his employment as a handyman frequently involves cleaning the city’s streets, and he and those in the gangs know each other well.

10. Izumi Miyamura Is The Impulse Boy With A Rib Piece

Horimiya’s Izumi Miyamura is a newcomer to the anime world. He is the male protagonist of the show, and while he seems well put together at school, he becomes a completely different personwhen class is dismissed.

Izumi’s body is covered in piercings and tattoos, including a big tribal design on his side and a band around his upper arm. In the wake of his relationship with Hori, he finally shows his true self and reveals his secret to his peers.