Even our most beloved anime shows must come to an end at some point. By a wide margin, these were the best series finales in the recent decade.

The question “what’s in a beginning?” is one you’ve probably asked yourself a lot: What about spoilers, character arcs, and fan service? However, have you ever considered the finish of the story? You may have skipped over the end without even realizing it. But what if it’s just too fantastic to miss?

These are the climaxes and resolutions we’ll be discussing in this article. Because some of these tunes might come in handy in the future, you’ll want to keep a notebook and pen nearby. During this discussion, we’re going to rank the ten best anime endings of the past decade. This year’s most anticipated anime is at the top of the list. Sword Art Online: Alicization’s second epilogue song is “forget-me-not,” performed by ReoNa. She has a nice, mellow voice that works well with the song’s mood.

This is the one you’ll remember the most, especially as the chorus begins and ice begins to fly into the sky, because of the stunning animation of Eugeo standing under a starry sky surrounded by blue roses, his characteristic emblem. Eugeo’s final encounter with a younger Kirito and Alice is a fitting farewell.

Everyone should realize this isn’t your average magical girl anime by this point in the series. To avoid any confusion, this ending is not displayed until episode three, when things start to get serious, which is why it’s kept a secret from those who haven’t seen it yet. Genius.

Aoi Yuuki’s rendition of “See You Tomorrow” is the first thing that most people hear when the film begins, and it gives them a false sense of security. However, as you hear Kalafina’s mystery song and the ominous final animation, you begin to realize that everything you thought about this anime was a fabrication. 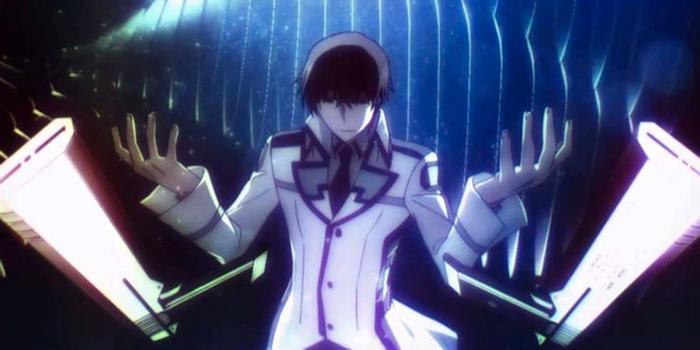 In addition to the title song, Rei Yasuda performs “Mirror” near the end of The Irregular at Magic High School.

LiSA, one of Japan’s most popular singers, sings the opening song, so it should have a closing song that is just as good or better. Because of the anime’s reputation, it’s easy to overlook the beautifully sung conclusion.

Throughout, it emphasizes the weapon of choice for each character, highlighting it with shading in colors that match the surroundings.

As a result, this ending’s smooth graphics aren’t harmed by the questionable middle section.

In Black Butler: Book of Circus, “The Pale Full Moon” by AKIRA serves as the final song.

This is a more symbolic conclusion to the Black Butler series than the previous.

Despite the song’s subject matter, Ciel’s life is depicted in the song’s ending.

Faustin contract appears on his right eye after he is submerged in the ebony bathtub. Initially both eyes are normal.

After all, Sebastian is just there to devour his soul after the deal has been fulfilled. 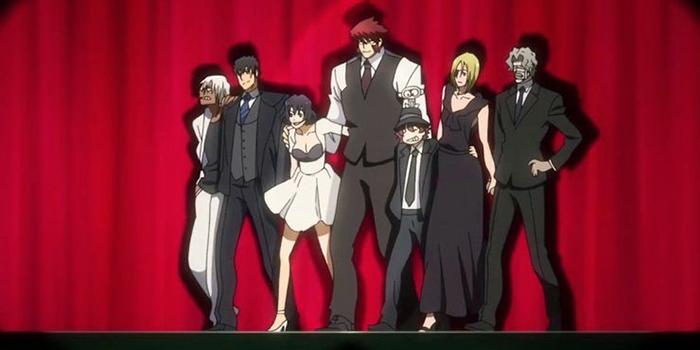 When was the last time you wondered why anime characters in suits and dresses were so popular on YouTube? For those of you who have seen this conclusion before, it’s from Blood Blockade Battlefront.

This may be the most laid-back conclusion in the history of action anime. It depicts the cast as a whole, including the antagonist, having a good time on the dance floor together. Nothing could be more exciting than a rousing finale.

The burning buildings were eliminated as a result of the tragic events that occurred at Kyoto Animation. Before the catastrophe, Summer 2019’s best conclusion was this one.

An Infernal starts a fire in the orphanage where Iris was kept, and the film follows her through her childhood. As she flees, she joins the members of Special Fire Force Company Eight, where she finds a new home. 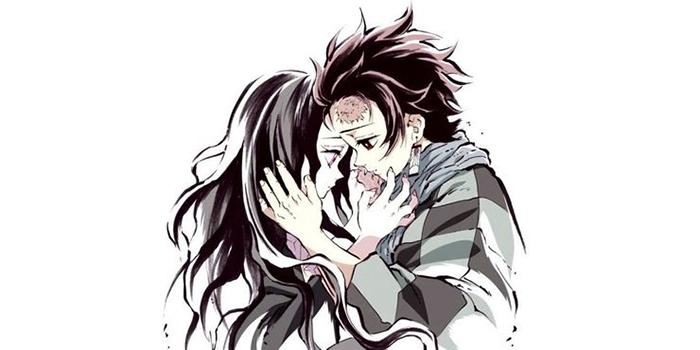 While Demon Slayer’s initial ending was a terrific song, this one has a greater impact on the spectator because it debuted after an epic combat.

As a result of the massive battle between Tanjiro and Nezuko and Rui, more people were interested in the anime. It’s hard not to be moved by the lush orchestration and stunning vocals of Nami Nakagawa, who sings in this track composed by God Eater and Tekken composer Go Shiina.

Do not be fooled by the cuteness of the chibis. It’s impossible to dislike a song by this band due to their distinct vocals and sound. This demonstrates that an impactful finish does not necessitate stunning animation.

As a juvenile sketch, it depicts Ed and Alphonse as well as the other characters walking beneath the sunset.

In the end, Ed and Alphonse’s chalk painting is shown. The Chimera Ant arc’s fan-favorite ending is finally here. Meruem and Komugi can be seen playing Gungi while chips fly in the air, as the lyrics imply.

Gon has dead eyes, while Killua has a mournful expression as he peers off to the side. To match the Chimera Arc’s peak, this ending is the greatest possible choice.

10. RASCAL DOES NOT DREAM OF BUNNY GIRL SENPAI ENDING

“Mysterious Chart” fromRascal Doesn’t Dream of Bunny Girl Senpai is the best closing song of the decade, taking the crown. This song’s uniqueness lies in the fact that it is sung by the whole cast of best girl contenders.

The thirteen-episode anime features a story arc for each girl, as well as a theme song sung by the voice actress. In addition, each character is shown with a different view of the beach: Mai is walking at dusk, Tomeo is strolling in the light, Rio is walking at night, and Nodoka is walking at sunrise.