What makes a good anime convention?

Anime conventions are a terrific way to meet new people, discover new interests, and get a whiff of what it’s like to be surrounded by over a thousand other nerds. There are certain cons that are so good that you wish they would never end. Here is my top ten list of the best anime conventions in the United States. As one of the largest anime conventions in the eastern United States, Otakon in Washington DC has been continuing strong since the mid-1990s. Otakon is on this list because it had more visitors from both the anime and music industries than any other convention I’ve ever attended.

Fan-run Otakon is operated by Otakorp, a non-profit organization comprised of volunteers.

Otakon is honoring indie game makers by establishing a showcase for their work.

Workshops like the Otakon Makerspace offer opportunities to acquire new skills such as sewing plushies and painting.

Consider checking out Anime Expo if you’re in the Los Angeles area over the summer. To promote Japanese culture and art, it was formed as one of the largest anime conferences in the United States. This is where it belongs because of its loyalty to its roots.

AX hosts the AX Anime and Manga Studies Symposium to examine anime and manga from a scholarly perspective.

The old system that no one else has is yours if you want it. It’s possible to bring and set up your home console at the E-gaming section, which has TVs available.

The Cosplay Sempais are located adjacent to the cosplay repair store if you need assistance with your cosplay. Sakura-Con, the oldest anime convention in the Pacific Northwest, is conducted entirely by volunteers and is a non-profit event organized “by fans for fans”. Sakura-programming, Con’s which encompasses all facets of anime fandom and the industry, is what makes the convention so popular.

Playing games of any kind is encouraged at Sakura-Con, which has the largest gaming area in the Pacific Northwest.

The Mecha Modeling Room is a great place to practice your modeling skills, and you can even win a prize for your creation.

With over a dozen bands participating in the Obake Bash, you’ll be able to show off your best (and worst) dance routines.

Try the Extremely Hard Take-Home Anime Quiz if you like obscure trivia. To make matters worse, it begins three weeks before the convention officially begins.

Since 1998, Anime Central, or ACen, has been taking place just a short drive from Chicago. As its name implies, it’s a site dedicated to the world of animation. The Midwest Animation Promotion Society was responsible for its inception.

⦁ Have a hankering for a good old-fashioned good time? The Soap Bubble is the country’s first and longest-running anime dance party. I guess you can’t really stop the music!

Cosplay, Japanese culture, and geekiness are just some of the topics covered by Kit’s Kids Club, a group for children ages 14 and younger who are accompanied by an adult at the convention.

From AKB0048 to Zombie Land Saga, there are over 50 fandoms represented at ACen. 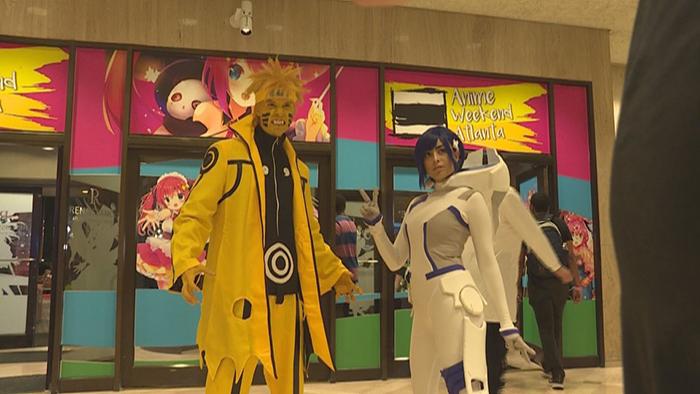 One of my favorite things to do at cons, Anime Weekend Atlanta (or AWA for short), is to watch anime music videos. That places it here.

⦁ Since 2018, AWA has hosted their fashion show, which is known for setting trends. The Fashion Tea Party is another opportunity for con-goers to get to know the designers and models in person.

Through the Video Art Thunderdome, anyone may modify anime music videos. Attendees will be able to compete in a true community event with and against their friends at the conference thanks to this multi-editor initiative.

The Ask an Anime Character event is a great way to learn more about your favorite characters.

⦁ This is a chance for anyone who has the ability to sing and dance to perform on stage at the Starlight Idol Festival.

As the “biggest anime event in Northern California,” Fanimecon takes place in San Jose each year. Gaming, anime, and cosplay events, as well as educational discussions, can be found at the convention. Fanimecon’s cosplay events are what make it great.

Cosplay photos courtesy Cosplayers can win prizes by participating in a Scavenger Hunt, which involves discovering and photographing specific cosplayers.

Renting a controller and video games is an option if you’d want to play video games but don’t have room in your luggage.

⦁ Karaoke competitions are open to all singers, including the Ultimate Karaoke Fighting Championship.

⦁ Do you want to see more games developed by independent developers? With Fanimecon’s independent games section, you’ll be able to get a closer look at both in-development and completed games.

A-Kon is a four-day event in Dallas that takes place each year. With a history dating back to 1990, this is North America’s longest-running anime convention, and a lengthy list of notable visitors have attended throughout the years. As a result, A-Kon has been included in this list of the best anime conventions in the world.

⦁ It’s a challenge for guest actors to face a script they’ve never read before in the Cold Read. There will be a lot of laughter.

⦁ There is an option to purchase a ticket to the Charity Banquet with the Stars if you have some spare cash or are feeling generous. Visit with the guests and possibly win prizes.

There are a lot of video game tournaments during A-Kon, with rewards for winning.

⦁ If you’d like to show off your costume, feel free. Consider entering the Cosplay Contests. 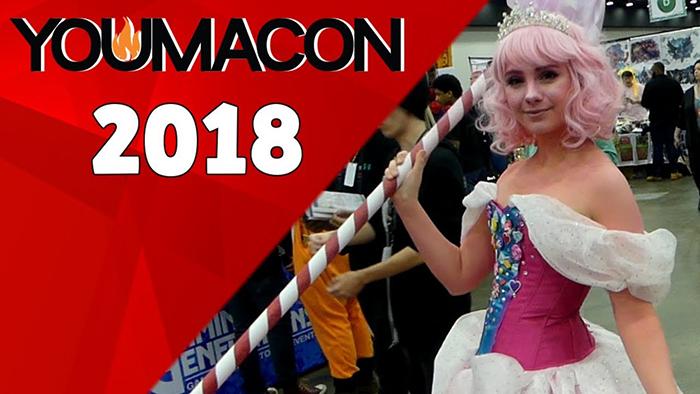 Due to its name, Youmacon, which translates to “devil” or “ghost,” plus the fact that it occurs around Halloween, the Michigan anime conference has a horror-themed theme. Your spine will tingle from the four-day horror convention.

⦁ The Youma Idol competition offers a platform for a select group of talented individuals to demonstrate their Japanese vocal prowess.

⦁ Are you looking for anime-themed merchandise? You’ll find some great deals in our 150,000-square-foot dealer area.

It’s possible to play video games in the same room as tabletop games.

Anime Matsuri, a Japanese anime convention based in Houston, also has a car show. Surely no one would be able to resist getting behind the wheel of one of these beauties! Anime Matsuri is more than just a car show.

There’s a Godzilla store at Anime Matsuri. You can now own a Godzilla plushie of your own.

⦁ Want to dine like a king? Indulge in a meal at one of the cafes run by maids and butlers

⦁ Apply for the Anime Matsuri Fashion Show and see if you have what it takes to be a model.

⦁ Some of the most popular Japanese and Korean pop singers will be performing live in concert. Okay, I admit it: Anime Boston is my favorite convention. It was not just my first but also my largest anime convention. Only missing the first two years of AB in 2003 has made me regret not joining. Since then, I’ve made it a point to attend.

As a result, each year’s convention features programming that is organized around a specific subject. All of these topics have been popular in the past few years: sports, heroes, throwback

In the spirit of giving back, AB hosts a blood drive once a year. What a great cause!

⦁    Anime Unscripted, based off the improv TV show “Whose Line is it Anyway?” puts four of the voice-acting guests into some pretty absurd circumstances

⦁ During the Cosplay Death Match, the audience votes for their favorite costume. Interaction between the participants is expected to be fantastic.