The best ’80s action film award is a hotly contested one, and there are many contenders.

It was a time of extravagance, and it was evident in the movies of that era. More action-oriented films that took advantage of VHS and had a preference for style over substance replaced the New Hollywood movies of the 1970s. In the 1980s, some of the most memorable action films had a few things in common: enormous explosions, clever one-liners, and extreme violence. Action heroes ruled the roost in this decade. From Sylvester Stallone to Arnold Schwarzenegger’s adrenaline-fueled action films, the box office was ruled by action heroes.

It’s true that Stallone and Schwarzenegger were the kings of action in the 1980s, but they weren’t the only ones. Even if the movies weren’t critical darlings, a number of performers have starred in action films and done a good job of it. So many fantastic and horrible action movies dominated the ’00s. When it comes to popularity, the terrible movie was equally as popular with fans as the best ones. If you’re looking for a terrific action film from that decade, you’ve got a lot of options. There’s a lot of competition for the finest ’80s action movie title. This year’s best films were narrowly missing the mark, while some veered off into different genres. However, these are the finest 80s action movies, rated by popularity. Eddie Murphy ruled the 1980s, making it more than just an era of action flicks. He became an instant hit on Saturday Night Live, and his success quickly translated to the silver screen. When he first appeared on the big screen, he appeared in the 1980s action classic 48 Hours. It wasn’t until Murphy’s second action film that he truly became a ’80s action hero of the year. As Axel Foley, a Detroit officer attempting to uncover the death of his friend in Beverly Hills, Murphy starred in the 1984 film Beverly Hills Cop.

Beverly Hills Cop was a huge hit because of Murphy’s comedic timing and some excellent action sequences. The film was originally intended to be a straight drama starring Sylvester Stallone, but ended up being a comedy.

Following Vann Damme’s persona Frank Dux, who entered the Kumite, based on the supposed adventures of Frank Dux in Bloodsport. Even though Bloodsport lacks a coherent plot and any pretense of competent acting, it nonetheless ranks as one of the greatest action films from the 1980s. 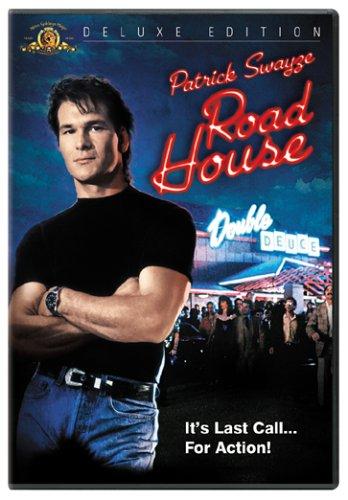 The narrative of a PhD-educated bouncer with the power to rip people’s necks out with one hand has never been told in film before. Road House was brave enough to tell this story, and it’s possible that no one else would have done the same.

Road House, starring Patrick Swayze, tells the story of James Dalton, an overqualified, martial-arts-practicing bouncer who is tasked with supervising a club in Jasper, Missouri. Brad Wesley (Ben Gazzara), a crooked businessman in the town, takes notice of his talents and assigns him to guard the village from him. Swayze’s passion to the character helped Road House become an instant classic because of the over-the-top violence and fall in rationality.

This film made Stallone a household name in the world of action movies. John Rambo’s debut excursion was a fairly genuine study of a disillusioned veteran who just wanted to return to his normal life.

Stallone’s First Blood was a harbinger of things to come. As one of the most iconic action hero characters in cinematic history, it displayed Stallone’s ability to carry a movie.

6. Raiders of the Lost Ark Steven Spielberg and George Lucas collaborated on Raiders of the Lost Ark, which resulted in one of cinema’s most recognizable action heroes, Indiana Jones. In Raiders of the Lost Ark, Harrison Ford stars as Indiana Jones, a whip-carrying adventurer and professor who sets out to discover the Ark of the Covenant, which he believes is buried somewhere in the Himalayas.

The original Indiana Jones film had all the right ingredients to be a success. Ford’s magnetism and John Williams’ iconic soundtrack were brought together in this collaboration between two of the greatest directors of their time. When it came to creating an action film that had both heart and adventure, Spielberg was a master.

He is an ex-commando on a rescue mission to save his daughter from the clutches of an insane mercenary and an evil ruler in South America. Henchmen are mowed down in 90 minutes of Schwarzenegger simply killing them with one-liners hurled in their direction. Commando is one of the finest action flicks of the ’80s thanks to its blood-splattered finale. In Predator, Arnold Schwarzenegger was forced to take on an alien danger after shooting down several henchmen. John McTiernan directed the 1987 classic, which featured a group of commandos being pursued by the titular extraterrestrial beast.

While there were a lot of action films out there at the time, Predator stood out. What made Schwarzenegger a legend in action films was wonderfully demonstrated here. Along with a famous handshake, it featured some of Arnold Schwarzenegger’s most memorable quotes.

Action and horror were perfectly combined in James Cameron’s The Terminator. In comparison to the sequels, the original film concentrated on modest set pieces and atmosphere. But it was Schwarzenegger’s portrayal of the Terminator that was the actual star of the show. One of the most memorable villains of the era was the enormous, stalking robot. Lethal Weapon is still the standard for buddy police movies. Martin Riggs and Roger Murtaugh, two mismatched LAPD detectives on a mission to dismantle a drug smuggling ring, were portrayed by Mel Gibson and Danny Glover to great effect.

Lethal Weapon was a huge influence on future buddy-cop flicks. Many comparable films have featured a rookie detective with nothing to lose paired with an old-school veteran. Only a few have been able to successfully replicate the dynamic between Gibson and Glover. Richard Donner’s directing and the actors’ performances resulted in a near-perfect action film.

Die Hard effectively revolutionized the action film genre for the next half-century. Directed by John McTiernan, the new action hero is everyman who is thrown into combat rather than the one-man army with no weaknesses. He wasn’t your usual action hero in 1988, when he played Bruce Willis. Furthermore, John McClane’s character wasn’t your standard action hero. Despite the fact that McClane was a New York City police officer, he was nothing like John Matrix. In the wrong place at the wrong time, he was just another person.

As a result of Die Hard, so many action films followed suit in the years following. Die Hard was the inspiration for countless sequels, yet no one could replicate the formula that made Die Hard famous.