We’ve seen a lot of improvement in the entertainment industry with the introduction of technology. Looking at some of today’s animation, it’s easy to see why. 3D has made considerable inroads into mainstream cinema, and the same can be said for anime. Even so, there are some people who don’t enjoy the use of 3D in anime, and I’m one of them. Due to the lack of quality 3D anime productions, there weren’t many options for today’s list. The following is a list of the best 3D anime films ever filmed. Some of the best 3D anime may be found on Crunchyroll, Netflix, or Hulu. The events of ‘Final Fantasy VII: Advent Children’ take place two years after the defeat of Sephiroth by Cloud Strife and his comrades. Because of our heroes, Sephiroth’s attempt to crash a massive asteroid on Earth was prevented. Even though the good men came out on top, Midgar, a populous city, was severely damaged as a result of the victory. It was fortunate that many people were able to flee and now live in a new town called Edge. In the new city, Cloud and Tifa are adjusting to their new surroundings. In addition to running a courier firm, they are now the parents of two small children. However, there is a problem that the city’s youth face: the disease known as Geostigma. As if this wasn’t bad enough, it appears that the afflicted youngsters are being kidnapped. Cloud is determined to bring an end to the kidnappings and find a cure for Geostigma in the process. However, the kidnappers may have a connection to Sephiroth, their archenemy. Cloud and the rest of his band are once again tasked with saving the world.

‘Steamboy’ is a fun and interesting anime film to watch. Approximately 2 hours, 6 minutes are devoted to the film. ‘Alternative history’ is how you’d describe this film. Ray, a kid inventor, is the star of the show, which takes set in Victorian England. He’s a bright, impressionable young man. When he receives a letter from the United States, his life takes an unexpected turn. Lloyd Steam, his paternal great-grandfather, sent him this package. One of the steamballs supplied to Ray is capable of providing unlimited power to machines that use it. As Lloyd sees it, Ray has a responsibility to keep the steamball safe from the likes of the O’Hara Foundation, which would utilize it for their own ends. In order to fulfill his grandfather’s intentions and safeguard humanity’s future, Ray must now use his intellect to outwit the corporation’s henchmen. As a fan of ‘The Dark Knight,’ I chose to add the 2018 anime film ‘Batman Ninja’ on this list, despite the fact that it wasn’t quite as enjoyable as I had expected. Furthermore, the movie’s aesthetics were adequate enough to make it a worthwhile experience. While the Joker is the film’s main villain, Gorilla Grodd is the one who initiates the proceedings. A time travel gadget is used to bring Batman’s most heinous foes back to Japan during the feudal era, along with his allies. In the end, the antagonists become the feudal lords and take control of the populace. Changing the course of history is not a good idea so Batman steps in and takes care of the matter, while also attempting to fight Joker and find a route back to the present day. For the visuals and animation, this film is worth a look.

At roughly 1 hour and 27 minutes long, Biohazard: Degeneration or Resident Evil: Degeneration is an anime film. ‘Resident Evil’ is a game that everyone knows about. An outbreak of a virus known as the T-virus triggers a zombie apocalypse in this immensely popular franchise. Autumn of 2005 is the time period in which this film takes place. The events of the film take place a year after those in the video game ‘Resident Evil 4’ as a type of sequel. Harvardville Airport is the latest victim of the T-virus pandemic. It appears that a terrorist is threatening to unleash the T-virus on the United States, as well. The main characters will once again try to stop a zombie outbreak. With its diverse background and different deadly weaponry, ‘God Eater’ is a great way to experience ‘Attack on Titan’ in another world. The plot of the anime is similar to that of the manga. This time, the anime takes place in the year 2071, which is in the year 2071 in this case. This is the year when Aragami, man-eating monsters, are slowly driving humanity to the edge of extinction. Everything in their path is destroyed by these monstrous beasts. Humans can only stop them with the help of God Eaters, humans who have been genetically modified to combine with oracle cells. In this fusion, these extraordinary humans are armed with weapons or God arcs, the sole means of defeating the creatures. This is a new sort of God Eater: Lenka Utsugi. It is imperative that he conquer his God Arc in order to put an end to the Aragami menace.

Now, let’s take a look at a superhero-themed animated series. Anime based on superheroes tend to be comedy in nature. As a comedy, ‘Tiger and Bunny’ is also a spoof of the genre. Stern Bild is the name of the city where the anime takes place. Specially gifted persons in this region are referred to as “NEXT” (pronounced “next”). It is possible for these beings to use their abilities for both good and evil. Hero TV has a group called NEXT who appear frequently to apprehend criminals and promote their sponsors in order to become the next King of Heroes. Tiger, for example, is a seasoned hero who hasn’t performed well recently. His lack of cooperation with other heroes is the primary reason behind this. Having yet another poor season, he finds a new superhero companion, Barnaby Brooks Jr., who uses his true name as a superhero alias. Bunny becomes Tiger’s choice for a moniker. There is a distinct lack of compatibility between the two. In order to keep the city secure and progress in their careers, they will need to work together. There are around 1 hour and 55 minutes in the running time of “Captain Harlock.” After humanity has become sufficiently advanced to spread over the immense expanse of space, this anime takes place. However, every species has its apex, and mankind had its apex here. As the resources of the cosmos begin to run out, everything begin to spiral out of control. Thus, over 500 billion people opt to come home, but this sets off a conflict between rival human factions vying for control of the Earth.

The Gaia Sanction, an authoritarian government, has entrusted Captain Harlock with the task of protecting Earth from repopulation. But when an elite diplomat is granted permission to immigrate from the Gaia Sanction to Earth, the enraged officer attacks the diplomat. He also uses dark matter to make Earth habitable, but he ends up becoming eternal as a result of the effect. Since then, Gaia has continued to exert control over Earth, while concealing its actual nature. Meanwhile, Captain Harlock remains on the lam and is gearing up for the inevitable ultimate clash he will have with the Gaia Sanction.

The anime series ‘Ghost in the Shell’ is one of the most well-known. A sequel to the Ghost in the Shell series, Ghost in the Shell 2: Innocence, was released. The incorporation of 3D components has changed the animation style of the film, but the movie is still a visual pleasure like its predecessor. Batou ho, a member of Section 9, has been assigned to investigate the disappearance of Major Motoko Kusanagi. He is tasked with looking into a string of horrifying murders. These killings may have been carried out by sex robots or malfunctioning gynoids.

Batou realizes this after receiving a cryptic message from a defective gynoid. However, there may be more to this than meets the eye. As suspicions of political motives begin to surface, it appears that their fault is not just a coincidence. When Batou and Togusa become entangled in a web of intrigue, the line between man and machine becomes increasingly blurred. Will they be able to crack the case in a world full of robots, dolls, and humans, but with no signs of humanity to guide their investigations? 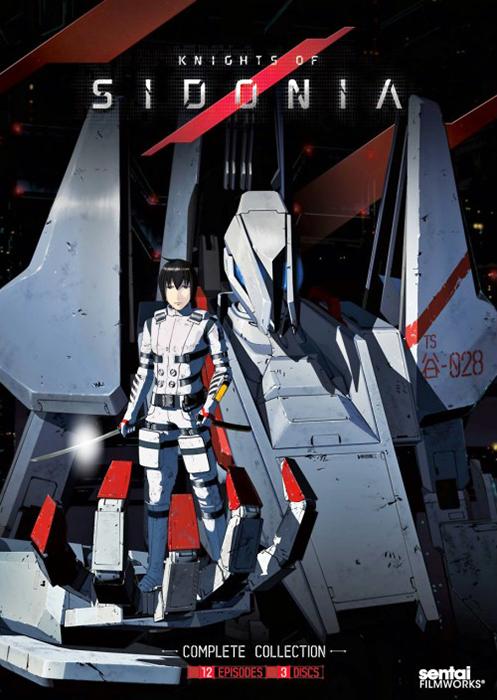 A sci-fi action anime called “Sidonia no Kishi” takes set in space. Humanity’s demise has been predicted by the Gauna, an alien race. Fortunately, there are some survivors who have been rescued by huge seed ships. The Sidonia is one such ship in the fleet. The anime’s main character, Nagate Tanikaze, makes the decision to leave the safety of Sidonia’s lower levels. In pursuit of sustenance, he ascends to the ship’s higher decks. His involvement in the human race’s final stand for existence, however, has far-reaching consequences. According to reports, the Gauna have located Sidonia and are returning to eliminate any remaining humans. Tanikaze has to step up and defend the ship, Sidonia, from the enemy. Only he and his companions have a chance of saving the human race from oblivion. 12 episodes are included in this series with a total running time of around 24 minutes each.

Those of you who have been following my writings know how much I adore anime films. Because of this, my top ten lists always feature numerous anime films. ‘Paprika’ is a sci-fi, dementia, and horror anime film that is enjoyable to see. The movie is based on the idea that dreams can reveal a lot about a person’s innermost thoughts and feelings. Atsuko Chiba and Kosaku Tokita, two developers at the ‘DC Mini’ company, have been working on a technology that allows you to see into the dreams of others. This can be used for a variety of purposes, including healing mental health issues. The technology, however, has the potential to be a powerful tool for psychological terrorism in the wrong hands. Inevitably, the device gets taken, and a chain reaction of panic ensues as a result. Before things go out of hand, they will need the assistance of Officer Konakawa, who has been utilizing the device for experimental therapy. ‘Houseki no Kuni’ is one of the most enjoyable and enjoyable animes out there. The world in which the show is set is one in which everyone’s a jewel. The Lunarians are always attempting to break the jewels and utilize them as ornamentation. The diamonds, on the other hand, will not go down without a struggle. Because each gem is given a duty to play, it helps ensure the survival of its species. Phosphophyllite, a gem variety, is also known as Phosphophyllite. They’d like to help their allies fight the Lunarians, but their frailty means they’re forced to take a job compiling an encyclopedia instead. They run into Cinnabar, a group tasked with guarding the isolated island because their bodies emit a hazardous gas that must be avoided. Phos decides to develop a role that each of these gems can enjoy while yet accomplishing a goal.